A Malaysian's guide to rediscovering Bruce Lee’s hometown in Shunde 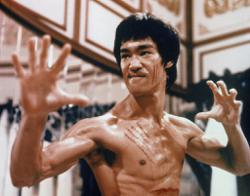 Mention the name Shunde and the older generation would inevitably conjure up the image of a Chinese domestic helper with her hair pulled up into a bun, clad in a black-and-white samfoo, working diligently for her elite Chinese employer.

Those helpers were called “majie”, the ever dedicated housemaids in Malaysian households years before other domestic workers existed here.

They were the unique “export” of the poverty-stricken Shunde village of Guangdong Province of the bygone era. Today, Shunde’s top export is its world-class furniture.

Shunde is now a thriving and affluent district of China’s City of Foshan in the Pearl River Delta. Besides being the country’s top furniture manufacturer and exporter, it also wears the badge of honour as a Unesco City of Gastronomy.

To top it off, Shunde is the ancestral hometown of Bruce Lee who immortalised Chinese kung fu with his deadly combination of ballistic flying kicks and fast jabs delivered with his signature blood-curling shrieks. He is an illustrious son of Shunde who kick-boxed his way to Hollywood stardom!

My first visit to Shunde with a group of friends took me straight to Bruce Lee’s Ancestral House, an old house of gray bricks and black roofing, partitioned into a bedroom, hall, kitchen and courtyard where he spent his childhood days before moving out to stake his fortune.

The house has been turned into a memorial hall of sorts with pictures and peripherals recording Lee’s childhood. There are also pictures depicting his famous kung fu moves and his Hollywood glory days.

In the courtyard, larger-than-life statues of Lee and his master Ip Man have been erected for visitors to take pictures with. For martial art fans who want to test their fighting skills, they can even spar with a wooden dummy fighter, a contraption complete with moveable arms and legs traditionally used to train martial art students.

Shunde is part of Foshan which has also produced other outstanding martial art grandmasters like Wong Fei-hung and Leong Zan, all of whom are highly regarded as folk heroes and excellent physicians. They all have their own memorial halls which draw kung fu fans and tourists from all over the world.

But what drives the prosperity of Shunde today is its furniture export. During the last 30 years with China’s economic reforms and open-door policy, the township has evolved to become the world’s top furniture exporter.

Located in the outskirts of Shunde, the Lecong furniture market is no doubt the biggest in China, perhaps even in the world. The furniture market along the 10km Foshan Avenue boasts of several gigantic malls with 3,300 dealers and 1,500 factories selling over 200,000 different types of furniture and furnishing products. Louvre Furniture Mall is one of the most famous furniture marketplace in China.

I visited one of the biggest, the Louvre Furniture Mall, a six-storey building reputed to be the most famous in China. With a total floor area of 380,000sq m, it offers more than 2,000 top China furnishing brands, and 100 world-class European brands.

Louvre is actually an integrated commercial, cultural and leisure centre complete with hotels and restaurants to cater to dealers from around the world. It is so huge that one would take at least a week or two to really visit all the showrooms and exhibition halls which have more than 20 different themes. It’s breathtaking!

During our stay in Shunde, we also took the opportunity to visit and relax in the sprawling Qinghui Garden. The Lingnan-styled garden offers clusters of exquisite rock gardens, fish ponds, pagodas, and even a stone boat.

I managed to get into a concert hall and enjoy the last episode of a Cantonese opera. The garden was built during the Ming and Qing dynasties and expanded to 22,000sq m in recent years.

As for food, Shunde certainly lives up to its Unesco accolade as a paradise of exquisite Cantonese cuisine. It has also produced many chefs who serve in kitchens around the world.

From the bird’s eye view, Shunde, which is situated right in the centre of the Pearl River Delta, looks more like a vast patch of wetland, a jigsaw of hundreds of farms and fish ponds – hence its reputation of the “land of fish and rice”.

Let me start from the beginning. My first acquaintance with Shunde was its “double-skin milk” at an eatery in Hong Kong. It was a thick milk pudding and it tasted so smooth and creamy that I promised myself one day I would visit Shunde where the double-skin milk, known locally as shuang pi nai, originated.

And so, when we visited Shunde’s food street last summer, I took the opportunity to order my first bowl of shuang pi nai. I was not disappointed; in fact, it tasted even better because it was made from buffalo milk.

Then of course, the poon choi, with more than 10 different types of dishes served on a giant platter, is worth mentioning, too. The platter is so huge and heavy that it has to be carried on a bamboo pole to the dining table by two waiters, while a worker ceremoniously strikes a gong to announce its arrival. It is a buffet comprising seafood, chicken and duck, as well as vegetables cooked in different flavours and styles. The dish is large enough for 10 people. Besides poon choi, Shunde is noted for its unique steamed pork. Instead of being roasted or stewed, a whole pig is steamed to preserve its freshness.

Freshwater fish is its other specialty. With so many fish farms around, a rich variety of fish dishes are naturally offered – steamed, fried or stewed with all kinds of ingredients and sauces to titillate your taste buds.

One should not miss the duck-beak freshwater fish which is also unique in Shunde.

My whirlwind tour of Shunde was a journey of food, food and more glorious food; food so delicious that I lost my appetite for my regular roti canai or char koay teow for quite a while after returning home – my sincere apologies to all Malaysian foodies! 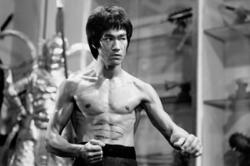 Paris aims to launch midnight train to major European cities by 2024
Sabah mountain guides turn to farming to generate income
Langkawi targets tourism growth in Q4
What�does it take to restart tourism in Malaysia and all over the world?
Malaysians need to reconsider the way they pack for a post-pandemic holiday Premium
Tokyo Olympics 2020: Japanese Games mascots are too 'kawaii' to handle Premium
Preserving trams, a popular heritage in Lisbon
Malaysian experiences a special Onam festival in Kerala before pandemic
Malaysians unite over 'craziest' travel experiences on Twitter
Malaysian travellers expect travel sector to get better over the next 12 months