There was a collective gasp heard all over the world when rapper Kanye West went up on the MTV VMAs stage and took the mic from Taylor Swift, who was midway giving her acceptance speech after winning Best Female Video for You Belong With Me in 2009.

"Yo Taylor, I'm really happy for you, I'mma let you finish, but Beyonce had one of the best videos of all time!" he declared.

West – who was a guest speaker on comedian and TV host Nick Cannon's podcast Cannon's Class – revisited the incident on Sept 1 and talked about what inspired his actions.

"If God didn't want me to run on stage and say, 'Beyonce had the best video, ' he wouldn't have sat me in the front row. I would've been sitting in the back.

The presidential hopeful touched on other topics during the podcast including being left out of Forbes' billionaires list last year and the time he was hospitalised in the middle of his tour in 2016. 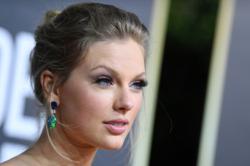