Taylor Swift has used her time during lockdown wisely – by writing an album. Photo: AFP

While most of us were doing home workouts, making sourdough bread, trying to master dance moves from TikTok videos during the lockdown, Taylor Swift was busy writing materials for her new album... and it is ready for public consumption.

Her eight and latest album, Folklore, will drop on July 24, Swift tells fans in a social media post.

Swift explains that she had a lot planned for 2020, including a tour to support her 2019 release, Lover. But all plans had to be scrapped due to Covid-19.

The Grammy-winning singer then took the time during lockdown to write the album, in which she collaborated with artistes such as Bon Iver, Jack Antonoff and Aaron Dessner from National.

Surprise Tonight at midnight I’ll be releasing my 8th studio album, folklore; an entire brand new album of songs I’ve poured all of my whims, dreams, fears, and musings into. Pre-order at https://t.co/zSHpnhUlLb pic.twitter.com/4ZVGy4l23b

She describes the 16-track album as "songs I’ve poured all of my whims, dreams, fears and musings into... Before this year, I probably would’ve overthought when to release this music at the ‘perfect time, ’ but the times we’re living in keep reminding me that nothing is guaranteed. My gut is telling me that if you make something you love, you should just put it out into the world. That’s the side of uncertainty I can get on board with.”

Before the album drops, Swift will release a music video for one of the tracks, Cardigan. Yes, the 30-year-old had time to shoot a video too, which she directed as well.

But worry not, she made sure she followed all SOP, stating that the shoot was “overseen by a medical inspector, everyone wore masks, stayed away from each other, and I even did my own hair, make-up and styling.” 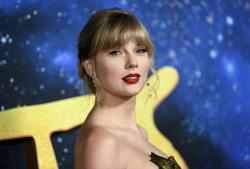 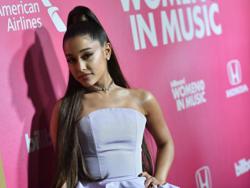