Animation writer and executive Joe Ruby, who created cartoon series including Scooby-Doo along with his partner Ken Spears, died of natural causes Aug 26 in Westlake Village, California. He was 87.

At (animation studio) Hanna-Barbera, Ruby and Spears created series including Scooby-Doo, Where Are You?, Dynomutt and Jabberjaw.

"He never stopped writing and creating, even as he aged," said his grandson Benjamin Ruby.

Scooby-Doo launched on CBS in 1969 after going through a number of versions. It was launched as a gentler series partly in response to complaints about violence in cartoons such as Space Ghost.

Together with character designer Iwao Takamoto, Ruby and Spears tried a number of titles and approaches, such as making the characters part of a rock band, before settling on the now-classic combo of Freddie, Velma, Daphne, Shaggy and a Great Dane named Scooby-Doo.

Ruby and Spears wrote the first five episodes, supervising and story editing the rest of the first season. The original series ran until 1976 and spawned numerous series reboots and theatrical films.

In a light-hearted interview with ScoobyAddicts.com, Ruby was asked whether he had ever eaten a Scooby snack. 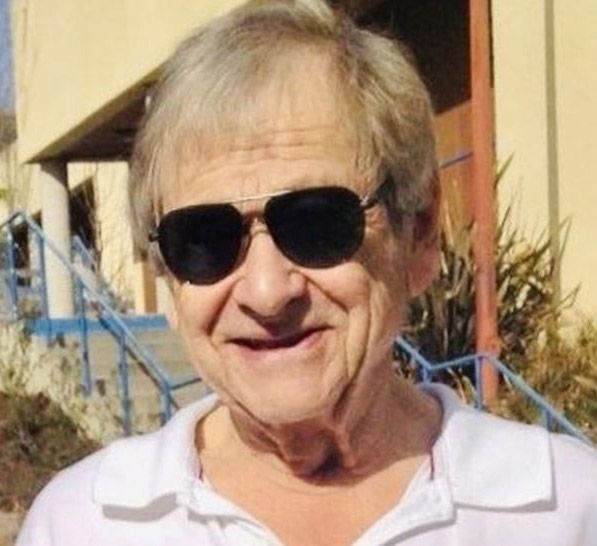 "No we've never eaten a Scooby Snack," he answered. "We imagined they were just going to be a super delicious doggy snack."

Spears told the site they didn't expect the characters to endure. "We were worried it wouldn't last but one season." Ruby started out as an inbetweener at Walt Disney Productions.

After serving in the Navy and working in television editing, he met Spears while working at Hanna-Barbera Productions.

The duo left Hanna-Barbera to become more involved in production, then worked as writers with Sid and Marty Krofft Television Productions and with Depatie-Freleng, where they created The Barkleys and The Houndcats.

After Scooby-Doo became a hit, Ruby and Spears were hired by CBS president of children's programming Fred Silverman to oversee the Saturday morning cartoons.

When Silverman left for ABC, they went with him, setting up their own studio in 1977. Among the series produced by Ruby-Spears Productions were Mister T, Alvin and the Chipmunks, Superman, Thundarr the Barbarian, Fangface and The Plastic Man Comedy-Adventure Hour.

Hanna-Barbera's parent company Taft Entertainment acquired Ruby-Spears in 1981, and its catalog went to Turner Broadcasting in 1991.

Ruby went on to serve as executive producer on animated versions of live-action shows and movies including Punky Brewster, the Rambo series and Police Academy: The Animated Series.

A lifelong comic book fan and artist and writer, he worked with artist Jack Kirby on numerous characters and stories that they hoped to put into production.

He is survived by his wife of 63 years, Carole, four children and 10 grandchildren. – Reuters