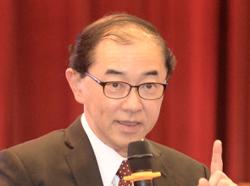 “I think if I’d gotten into drama school I would’ve said this is easy, this is fun, and wouldn’t have worked as hard as I ended up working to find the right agent, to save the money to get headshots, to email everyone, to put myself out there, ” he says in an interview with Tribune News Service.

“It gave me an impetus to go and be tenacious and not take ‘no’ for an answer again.”

The 29-year-old has the last laugh now, as he landed the lead role on Pennyworth – a 10-episode series chronicling the life of Batman’s butler and father figure Alfred Pennyworth.

It opens with the life of a young Alfred, who was formerly a British special forces soldier now working as a bouncer at a London club.

With dreams of establishing his own security firm one day, he crosses paths with Thomas Wayne and Martha Kane, the future parents of Bruce Wayne/Batman.

Bannon talks to WWD about stepping into a role once played by acting heavyweights like Michael Caine and Jeremy Iron:

“There have been so many brilliant interpretations, so the way I dealt with it – because it’s a daunting list of names – was that they’re following me more than I’m following them, because in the story, I’m first. Which is a bit silly because, of course, they’ve done it and they’re much better actors than I am.”