'Perry Mason' is based on the books about a criminal defence lawyer. Photo: HBO Asia

If you have been wanting to watch all those HBO Originals but haven’t got an Astro account, well, now you can.

HBO Go is available as a no-contract standalone streaming service. Download the app, register and subscribe directly at RM34.90.

Each HBO Go account can be viewed on two concurrent streams across five registered devices, with audio and subtitle options in English, Bahasa Malaysia and Mandarin. One can also Airplay or Chromecast their favourite shows on TV.

Among the award-winning shows available are Game Of Thrones, Chernobyl, Ballers, The Sopranos and The Wire.

And this month, there are new shows premiering including Trackers (June 6), an action-packed conspiracy series based in South Africa; The Head (June 12), a survival thriller; Perry Mason (June 22), a drama that follows American fiction’s most legendary criminal defence lawyer; and I’ll Be Gone In The Dark (June 29), a documentary series

Astro Movies Pack customers can enjoy HBO Go at no additional charge, while other Astro customers can pay RM25 monthly to access it. 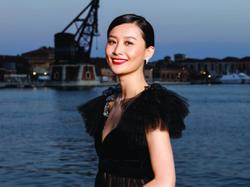