This would be the Guardians Of The Galaxy (2014) star's second child.

The following year, he started dating Schwarzenegger, 30, an author who recently published her fourth book, The Gift Of Forgiveness: Inspiring Stories From Those Who Have Overcome The Unforgivable, and they got married last year.

Pratt, who had been working on Jurassic World: Dominion with co-star Bryce Dallas Howard, is hunkering down at home in California as production on the dinosaur epic has been halted due to the Covid-19 pandemic.

He recently took part in a reunion episode of the comedy Parks And Recreation (2009 to 2015), shot from the homes of the cast to raise money for charity during the pandemic.

Pratt plays Andy Dwyer, a lovable slacker, in the series.

He said on Instagram of the upcoming episode: "Many are saying it's the greatest episode of television ever to be filmed in quarantine." – The Straits Times/Asia News Network 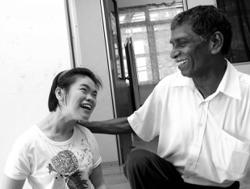 'Guardians Of The Galaxy 3, ' 'The Suicide Squad' won't be delayed, says director