The cast of period zombie series Kingdom, set in ancient Korea, may seem skilled at battling hordes of flesh-eating zombies on screen, but they are not that tough in real life.

In a recent telephone interview, actor Kim Sung-kyu, who plays fierce fighter Yeong-shin, admits that he would quickly give up.

“I’ll let them know where to bite to kill me immediately, ” says the 34-year-old.

The series, starring actor Ju Ji-hoon, was a resounding success when it debuted last year, winning over fans and critics. Its second season is currently streaming on Netflix.

The political thriller wrapped in a zombie-apocalypse epic is based on a comic series written by screenwriter Kim Eun-hee, who also helmed the writing of its adaptation. It is Netflix’s first original South Korean series.

“Kingdom is a very Korean work of art. The costumes, the production, it’s all btased on Korean history and culture, even though it is a fantastical story. I’m very proud the most Korean content can be the most global, ” she says.

Leading man Ju, 37, who plays protagonist Lee Chang – a righteous prince accused of treason – says a Netflix project did not feel different despite being produced in seasons, unlike most K-dramas.

He says: “It didn’t feel different because we didn’t know it would be divided into seasons. We’re very happy because Season One was so well-received that it built up a lot of anticipation for Season Two.” The second season of 'Kingdom' is currently streaming on Netflix.

Actor Sung-kyu says: “The biggest difference is probably curiosity about the story. My character is in a lot of fights and a lot of dangerous scenes, so for me, it’s a question of whether he’ll still be alive.”

Though a year passed between the filming of the first and second seasons, the four leads say stepping back into the wardrobe and make-up brought them back into character immediately.

However, the switch was more pronounced for Ryu Seung-ryong, the 49-year-old actor who plays a cruel, ruthless politician in the series.

He says with a laugh: “During the break, I played a very different role. I was frying chicken in an action comedy (the hit 2019 Korean film Extreme Job), so I was a bit worried.”

The cast was tight-lipped about developments in the new season. But, in a separate email interview, screenwriter Eun-hee says that while the first season revolved around the idea of hunger, the new season is about blood.

“I wanted to tell a story about monsters who crave blood and humans who desire a particular bloodline and lineage, ” the 48-year-old says, adding that Bae’s physician Seo-bi and the sinister Queen Consort are characters audiences should pay “closer attention” to. Kingdom is a zombie-apocalypse epic that is based on a comic series written by screenwriter Kim Eun-hee. - Netflix

She says: “The Netflix partners didn’t intervene at all in terms of the content and our freedom of expression was guaranteed. It’s essential to show zombies beheaded in a zombie series, but a Korean TV network would have blurred all the beheading scenes.”

She has a rough idea of how her characters will end up, but the actors do not know when their journeys will end.

Ju says: “If my character has to die, I hope he dies after achieving what he has set out to achieve.”

Actor Sung-kyu says the question has been on his mind since the first season. “I’ve thought about how I’d want my character to die. The obvious answer is that he fights till his very last breath.”

Ryu and Bae, however, are much more reluctant to exit the story.

“I’ll find as many resurrection plants (a plant in the story that can bring the dead back to life) as possible – have some salad and bibimbap with that, have some tea with it. I’ll strengthen my immunity, I’m not dying, ” Ryu declares.

The same goes for Bae, who says: “I’ve already told writer Kim I’m not leaving the show. Even if I die, I’m staying on screen as a zombie.” – Jan Lee/The Straits Times/Asia News Network

Working from home: tips from those who have done it for years 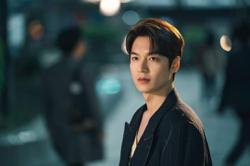