Pearl Jam and its grunge-era brethren are officially classic rock. It’s been an entire generation since Eddie and the boys were hailed as the voice of theirs. Nineties teens can now tell their children of a distant time when musicians with guitars roamed the MTV airwaves currently occupied by Teen Mom OG and Jersey Shore Family Vacation.

Pearl Jam breaks the longest album drought of its career with the release of Gigaton – the Seattle juggernauts’ first studio effort since 2013’s Lightning Bolt. And it’s hardly a tired spinoff.

At this stage in their career, the hometown legends have evolved into a cult-favourite live band, their shake-’em-up set lists earning them a rabid following akin to jam bands like Phish. Caravanning fans will pack arenas and stadiums regardless of the ’90s rock heroes’ present day studio habits, yet Gigaton is the work of a band unafraid to shake things up in recording sessions, too – just not as drastically as fans may have initially thought.

In January, dance-y curveball Dance Of The Clairvoyants became a certified talker when it was released as the lead single. With Eddie Vedder barking like a disgruntled David Byrne over a digitally steeped drum beat and funky post-punk guitar barbs, the synth-splashed bop sounds nothing like anything the Rock and Roll Hall of Famers had conjured in its 30 years.

While somewhat polarising, it’s the most exciting and unexpected track the band has unleashed this century, perking the ears of some who’d tuned out ages ago and rankling a few of the die-hards. This sort of split is always a sign of creative health from a veteran band with nothing to prove. Down the road – when bands are able to hit the road again – Dance is likely to slide into Pearl Jam’s variegated set lists as well as the Rolling Stones’ disco-charged one-off Miss You did during last year’s stellar CenturyLink Field gig.

And considering how well Pearl Jam pulled off the Talking Heads-evoking head-turner, it’s almost a shame these creative winds didn’t blow the band even further outside its comfort zone. It may also be worth noting Dance is the only song all five members share writing credits on.

The outlier’s closest sibling is probably the marching Quick Escape, which feels like a sci-fi warning from a future with unmitigated climate change. Featuring another round of mechanical post-punk guitars, the churning track with a shout-along chorus is punctuated by a supernova of a solo from a peak-form Mike McCready.

Throughout Gigaton, the celebrated axeman – who dabbled in mixed media during Pearl Jam’s downtime – unleashes torrents of stadium-slaying guitar heroics with the restraint of a quarantined kid hitting the park for the first time in weeks.

Lyrically, Quick Escape (which features the album’s most overt Trump reference) is the bleakest point of an otherwise hopeful record. Its heavy political themes were foreshadowed by the melting-ice-cap cover image, the photo taken by acclaimed nature photographer Paul Nicklen in the Arctic Ocean.

With its drifting psychedelic intro, Seven O’Clock feels like a paean to flickering optimism, a coolheaded call to action in the face of political doublespeak and rising sea levels. Written and recorded before the Covid-19 pandemic disrupted everyday life (and Pearl Jam’s tour plans), the global health crisis only amplifies the period of existential dread in which the band’s most topical album in years arrives.

Whether a product of added time or fresh studio blood with Seattle’s Josh Evans taking over producer duties from frequent Pearl Jam collaborator Brendan O’Brien, the quintet seemed eager to experiment on its 11th studio album. But despite some stylistic dalliances, much of Gigaton is tried-and-true Pearl Jam.

Mid-tempo rawk bruisers arrive with varying spice levels, with classic rock-indebted Never Destination serving as a highlight. Vedder comes out charging like a younger Springsteen with Whovian power and swagger. We half expected friend of the band Pete Townshend to come windmilling in after the first chorus.

Meanwhile, Comes Then Goes is a classic Vedder acoustic ballad as savoury as any. Instead of feeling cliché, his “the kids are all right” lyric comes off as a knowing wink to the past and future from a 50-something rock star with half a lifetime’s wisdom to draw from.

Ultimately, Gigaton may not appeal to anyone who hasn’t kept up with grunge gods, but it rivals the more cohesive Backspacer as a late-career high water mark.

If the kids are all right, so are their MTV-generation parents who refuse to settle for a reboot. – Michael Rietmulder/The Seattle Times/Tribune News Service

Lady Gaga’s 'Telephone' turns 10: A look back at the epic music video 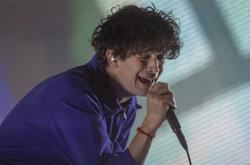 'Notes On A Conditional Form': The 1975's rewarding, disorienting hodgepodge