Following the outbreak of the Covid-19 novel coronavirus in Wuhan, China, a dozen Malaysian artistes banded together to show their support to Chinese citizens who are battling the outbreak with a new song titled You Are Not Alone (Mandarin title Ni Cong Bu Shi Yi Ge Ren).

The idea was initiated by Malaysian music producer Ong Peng Chu, who roped in Chinese songwriter Zhao Kai Yi to compose the song.

“I believe everyone knows about the situation here in China. Ong wanted me to write a song to show our hearts are always together. Many others may be writing similar songs, but we have to let people know that we are working hand in hand, ” said Zhao (better known as Kai Kai from Sing China! fame) in a video recording from China.

Expressing his anxiety over the situation in China during a recent press conference to launch the song, Ong said, “As overseas Chinese, we are very much concerned, but cannot do much to help. So, we released a song titled You Are Not Alone, which would have a more global reach, to let mainland Chinese know of our support for their untiring efforts.”

The song also aims to pay tribute to the front-line workers such as healthcare personnel, police officers, delivery workers and the like.

According to Ong, the inspirational song titled You Are Not Alone was completed in 18 hours, including the music video which took six hours to shoot. “My son helped me to shoot the music video, ” Ong said.

“I didn’t expect such a heart-warming response as most of them were out of town for the festive break. I’m glad they all answered the call to pitch in for the project and managed to work out a way to complete the song, ” Ong shared.

Alvin TJM, the 15-year-old winner of The Voice Of Sahabat Sejati singing competition, was also tasked with music arrangement, along with singer-songwriter Hanz Koay and musician Dennis Lau who played the violin.

Ong also sang praises of local Malay singer Fara, who gave her best efforts despite not being able to read or speak Mandarin. “Fara is the only singer who can remember the lyrics to the whole song. She learnt all the words as everybody had designated parts except her.”

On her part, Fara said she was very glad that Ong had approached her. “I’m very grateful to be part of this project. I used an online translator to learn each word.

Singer Tan shared that they hoped to contribute to China’s efforts to battle the Covid-19 outbreak. “It is just a minor effort on our part. I feel that their sacrifice is so great.”

Echoing her words, Masya continued, “We felt sad for the victims. This song is to show our support, ” while Lee added, “Just like the lyrics say “You Are Not Alone’, we hope everyone can recover quickly.”

You Are Not Alone was released on the OnMuse official Youtube channel. 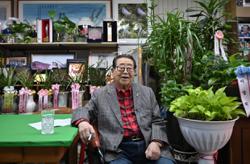