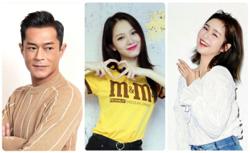 Hong Kong actor Louis Koo (pic) is said to have donated RM5.85mil to help in the battle against the novel coronavirus crisis in Wuhan, China, Sin Chew Daily reported.

A source revealed that the actor, 49, made the donation to the Wuhan Benevolent General Association to buy medical resources to combat the spread of the virus.

Other high-profile donors include Huang Xiaoming and Angelababy.

On Friday, the Siyuan Poverty Alleviation Fund posted on Weibo that the celebrity couple had donated 200,000 yuan (RM117,000) to fund the purchase of masks for medical staff in Wuhan.

Huang commented on the post, saying: “Medical staff are the heroes in our hearts.”

Ip Ching was a practitioner of Wing Chun, a Chinese martial arts style made popular by his late father, which makes use of quick arm movements and strong legs to defeat opponents.

Kungfu star Bruce Lee was once a student of Ip Man.

Ip Ching left the martial arts world in 1972 after his father’s death to start his own factory.

He returned to teach Wing Chun once more in 1994.

Wing Chun became well known when it was highlighted in the Ip Man movies, in which the titular character was played by Hong Kong actor Donnie Yen.

Both Ip Ching and his older brother Ip Chun had served as martial arts consultants for the movies.