The South Korean boy band X1 has disbanded amid a vote-rigging scandal involving a cable TV audition show, through which it debuted five months ago.

X1, a South Korean boy band, decided Monday to disband amid a vote-rigging scandal involving a cable TV audition show, through which it debuted five months ago.

In a brief press release, Starship Entertainment, MBK Entertainment and seven other management agencies representing its 11 members said they decided to disband the boy group.

"We negotiated (the band's fate) among the members' talent agencies toward a consensus, but failed, so we decided to break up the band," according to the press release.

X1 put its career on hold late last year amid growing allegations that the show, the fourth season of the Produce series, rigged the result of fans' votes.

The show's director and chief producer were taken into police custody last month on charges of taking bribes worth tens of millions of Korean won from talent agencies in return for fixing the show's vote results in favor of certain members.

The Monday decision came despite a pledge last week from Mnet's operator, CJ ENM, to bring the band back to life.

Officially apologising over the vote-rigging scandal, CJ said last week it will provide all necessary support for X1 and IZ*ONE, a girl band which debuted through the show's third season, to resume their careers.

Despite X1's disbandment, Mnet will "positively review" the resumption of IZ*ONE's stage career, according to the cable music channel.

The 12-member girl band debuted in February last year through the third season of the audition show. As the third season was also subject to the vote-rigging allegations, the band suspended its career late last year. - The Korea Herald/Asia News Network 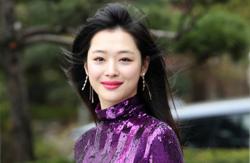 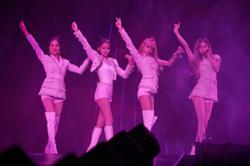