Another film that focuses on Prime Minister Tun Dr Mahathir Mohamad will go into production next month.

Titled Mahathir: The Journey, it is said to depict the 16 years from the time Dr Mahathir opted to retire from his post as Malaysia’s prime minister to when he took the same post again after last year’s election.

This film announcement comes after the release of the documentary M For Malaysia, out in September, and Hasmah, a biopic on Tun Dr Siti Hasmah Mohd Ali, which is in preproduction stage.

In his speech during The Journey launch, co-director Mohamad Hatta Azad Khan said: “The film will showcase aspects about Dr Mahathir’s personal life that many may not be aware of and also the (known) fact that he is a well respected and outspoken leader.” Both Azhar Amir (left) and Fauziah Latiff are in awe of the people they are playing in film Mahathir: The Journey.

Hatta added that The Journey is not a political film, although it will highlight important political events in Malaysia. He described it as a biopic of Dr Mahathir's life after office – both as a family man, as well as someone who's still interested in the political landscape of the country that he takes a stand in critiquing the then leaders.

Hatta stated: “For the past seven months, we have been doing the preproduction work, and developing the script. It had gone through 12 rewrites.

"We finally got 100% approval from the PM office."

The director mentioned that while the events in the films are based on real moments, he will exercise some form of creative license for dramatic purposes of storytelling.

“We plan to release Mahathir: The Journey in July next year, closer to Dr Mahathir’s 95th birthday, ” continued Hatta, estimating the film’s budget to be at RM6mil.

All the chosen actors were called in for an audition before final decision was reached. Hatta believes that the final cast members will only give their best, something that was echoed by the actors as well. Main actor Azhar, 47, who got into the acting scene just five years ago – The Journey is his first lead role on the big screen – admitted he was nervous when he found out he actually got the role after the audition.

"I am nervous now, talking about playing this great man," he said. "There is no one like him. This is the person behind things like KLCC, Putrajaya, KLIA and the Penang bridge, to name a few.

“I hope to get a chance to meet him one day, just to shake his hand and get his blessing that I am portraying him in this film.”

According to Azhar, the hardest thing about playing Dr Mahathir is bringing to life the way he speaks and all his small gestures.

“Dr Mahathir is sarcastic and he is direct, and he does both of this with a straight face and in a monotonous tone, that’s very hard to get. I am sure people will try to find dissimilarities in my performance of him. And that energy he exudes... it’s very challenging. But I will give it my best.” Ning Baizura (left) as Datin Paduka Marina Mahathir and Lisdawati as Nurul Izzah.As for Fauziah, better known for being a singer, The Journey marks her first big-screen role; she has done theatre and TV drama, but never a film.

“I was called in to audition for the role, and a few weeks later – after a discussion (with the director) I was told I got the role.

"I am proud to be playing Dr Siti Hasmah, she is an amazing woman, a really strong woman, someone who supports her husband unconditionally. Her own achievements are nothing short of great. She is an inspiration, a national treasure, really."

Fauziah, who will turn 49 in December, shared: “To be her is difficult, my approach to playing her is to feel who she is.”

One of the ways she is doing this is through Dr Siti Hasmah’s love for music, which is something Fauziah can easily relate to as well.

“I have seen of her videos watching music performances, and when the camera pans to her, we can see her sincere emotions.

"My impression of her is also as someone who takes great care of her health and her diet, which are something I am concerned with too, ” said Fauziah. Hilal Azman (left) as Datuk Seri Anwar Ibrahim and Dian P. Ramlee as Datuk Seri Dr. Wan Azizah Wan Ismail.As for the fact that The Journey and Hasmah are in production almost at the same time, Azhar and Fauziah have no qualms about it.

"We shouldn’t be comparing these films but take them more as a reference to these Malaysia icons and their stories,” said Fauziah.

The Journey also sees the return of singer Ning as an actress (her last film was the 2011's Cun!). To ensure she resembles Marina, Ning is willing to change her appearance, as well as pay special attention to how Marina speaks and the subject matters she is passionate about.

She said: “I have her number. I am planning on getting in touch with her, either to meet with her or talk to her, to get to know her. I want to do a good job of portraying her.”

According to Ning, Marina has attended a couple of her performances, so, the singer hopes this would work to her advantage.

One person who doesn’t need to put much effort in changing how she looks for the film is Lisdawati, who’s portraying Nurul Izzah. “I have been mistaken for Nurul in public before. I just need to change the way I tie my hijab to look like her, ” said the actress. 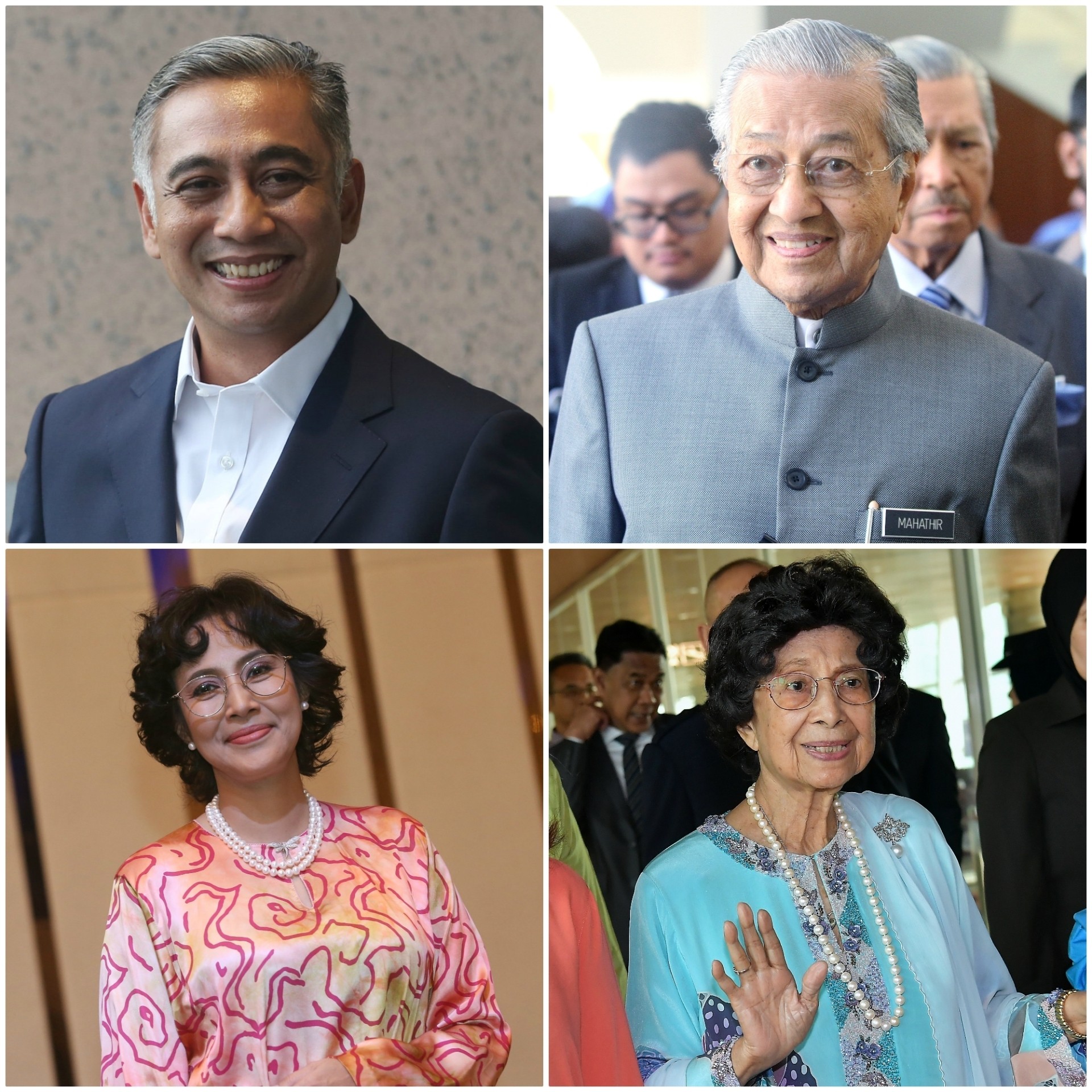 Both Azhar (left) and Fauziah are in awe of the people they are playing that they want to do only the best for the roles in the upcoming film Mahathir: The Journey.

A combination picture of Ning who is playing Marina, and Lisdawati as Nurul Izzah in the film.