Jit Murad: an irrepressible storyteller, who engaged our hearts and minds

Growing up as an aspiring writer, I wanted to be just like Jit Murad. Much has been said over the years about his talent – as an actor, he was charming and charismatic, and as a comedian, he was witty and intelligent. What I loved the most, however, was Jit the writer. There was magic in the way he would craft his words, masterfully making anyone who encountered them believe that his stories were truly worth telling.

My first encounter with Jit was when he played the titular character in The Storyteller, his acclaimed musical staged in 1996. I often credit that show as being responsible for me catching the theatre bug, and it really was his effective storytelling – both in his performance and the script – that got me hooked. Jit Murad receiving the best actor (in a leading role) award for 'Gold Rain And Hailstones' at the 5th BOH Cameronian Arts Awards 2006. Photo: The Star/Filepic

Jit Murad in comedy mode on the stage in 1997 as 'Renee Choy', a flamboyant and offbeat hairstylist with an exaggerated colloquial Chinese. Photo: The Star/Filepic

Jit Murad (right) and Lin Jaafar in a media preview performance of 'Gold Rain And Hailstones', presented by Dramalab in 1998. Photo: The Star/Filepic

Let's talk about building a national railway museum together 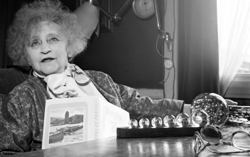