A close-up detail of 'Cwm Berwyn', a watercolour work done by Prince Charles in 2007. Photo: princeofwales.gov.uk

The largest collection of watercolours by Queen Elizabeth II's eldest son and heir, Prince Charles, have gone on display in Britain.

The 79 works feature snow-capped Scottish mountains and the Welsh countryside, French Provencal peaks, Mount Athos in Greece and the Transylvania region of Romania.

The 73-year-old Prince of Wales' paintbrushes have also captured the Swiss alpine resorts of Klosters and Saint Moritz, as well as the French chateau of Le Barroux.

Mountains are a favourite, particularly Beinn a'Bhuird in the Cairngorms of northeast Scotland, which he has painted several times at different times of the year from several angles.

As he explained in notes accompanying the exhibition, which runs until Feb 14 at the 19th century Garrison Chapel at Chelsea Barracks in London, he chose watercolour because he found photography "unsatisfactory".

"It all requires the most intense concentration and, consequently, is one of the most relaxing and therapeutic exercises I know," he wrote. 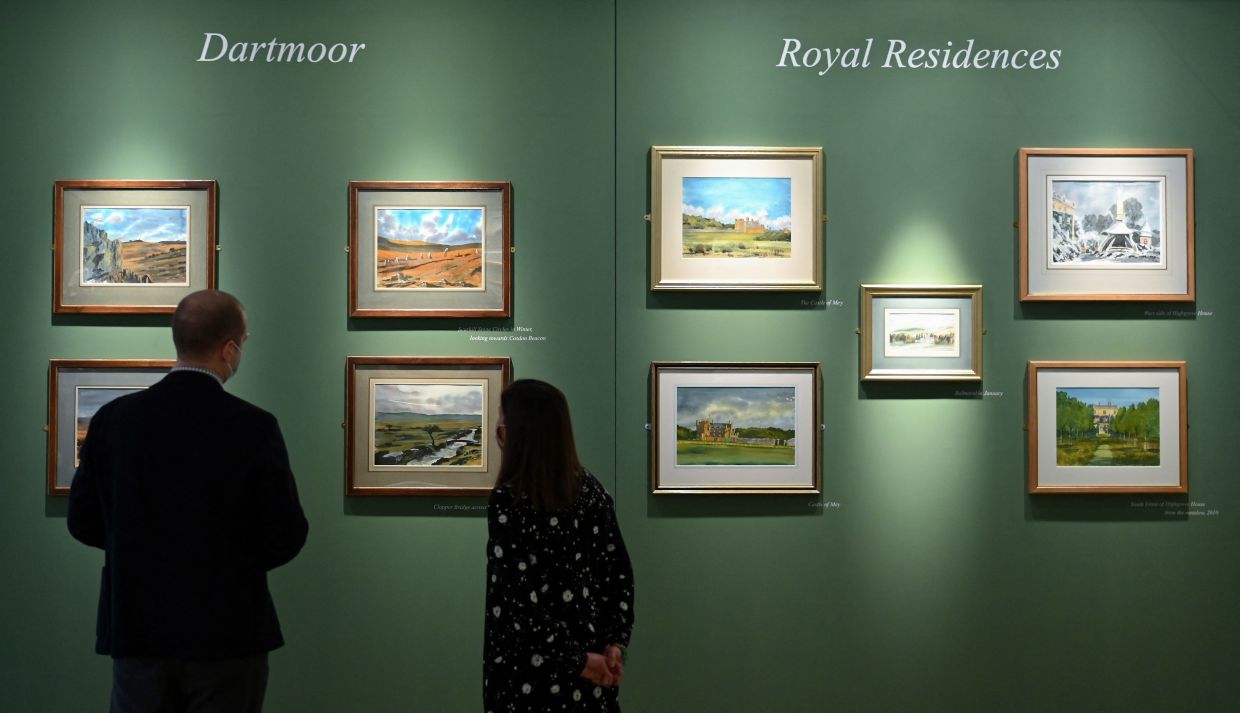 Visitors look at watercolour paintings by Britain's Prince Charles at an exhibition entitled 'HRH The Prince Of Wales's Watercolours' at the Garrison Chapel in London. Photo: AFP

"In fact, in my case, I find it transports me into another dimension which, quite literally, refreshes parts of the soul which other activities can't reach...

"I am under no illusion that my sketches represent great art or a burgeoning talent! They represent, more than anything else, my particular form of 'photograph album' and, as such, mean a great deal to me."

Charles, the most senior royal after the 95-year-old Queen, has found time in his schedule of official engagements over the last 50 years to paint some 680 watercolours.

He has sometimes signed them A.G. Carrick - a pseudonym created from the initials of his other given names Arthur and George, and one of his titles, the Earl of Carrick. London's The Garrison Chapel is where an exhibition of watercolours painted by Britain's Prince Charles, Prince of Wales is being shown. Photo: AFP

The exhibition's curator, Rosie Alderton, said Charles came from a "lineage of artists".

Charles' father, Prince Philip, who died last April aged 99, was a prolific painter, as was queen Victoria, who reigned from 1837 to 1901, and until Queen Elizabeth II, was Britain's longest-reigning monarch.

None of Charles' original watercolours have been sold but sales of lithographs, including from his Highgrove estate in western England, have fetched huge sums for charity over the years.

All profits from sales go to the Prince's Foundation, which organised the Garrison Chapel exhibition, said Alderton.

Fifty of Charles' watercolours were previously exhibited at Hampton Court Palace in 1998 to mark his 50th birthday.

Another 30 were put on display by the National Gallery of Australia in 2018 for his 70th birthday.

Since 2019, the Prince has had little time to indulge his passion for painting.

But Alderton said she hoped he will pick it up again, even when he becomes king. "His art works are really lovely and it would be a shame if he didn't," she said. - AFP

Does the land of Shakespeare care for 400-year-old French playwright Moliere? 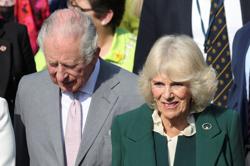 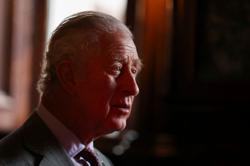