Moliere's plays alone will be performed at the Paris monument to Moliere until July, which started yesterday with the orginal censored version of 'Tartuffe', which will be shown live in cinemas too. Photo: AFP

France has launched a year of events to mark the 400th anniversary of Moliere, the nation's most illustrious and ever popular master of the stage and satire.

Baptised on January 15, 1622, and probably born a day or two before, Moliere - real name Jean-Baptiste Poquelin - remains as central to French culture as Shakespeare to the English-speaking world.

When the French refer to their native tongue, it is as the "language of Moliere".

Many of the celebrations will be staged in places that marked his life as an actor, company director and playwright, but above all at the Comedie-Francaise, created by King Louis XIV in 1680, seven years after Moliere's death.

His plays alone will be performed at the Paris monument to Moliere until July, which started yesterday with the orginal censored version of Tartuffe, which will be shown live in cinemas too.

The play is considered to have practically invented the "comedy of manners" satirising the moral hypocrisies of high society.

The Imaginary Invalid, The Miser and The Bourgeois Gentleman will follow at the Comedie-Francaise, the longest-running theatre company in the world, performing his work every single year since it opened.

'He's everywhere in the air'

The theatre near the Louvre museum, "is anchored in the quarter where he lived and where he died and he's everywhere in the air," said Comedie-Francaise actress Dominique Blanc.

"I have a relationship with him like a friend," she added.

Actor Denis Podalydes said he was not "superstitious" about any presence of Moliere's spirit at the theatre. "He sleeps in his works until we play them (and then) there's something very lively," he said.

In Versailles, where Moliere enjoyed Louis XIV's patronage, several of the best known plays will be performed in their original versions as "comedies-ballets", collaborations with Baroque composer Jean-Baptiste Lully.

The town on the western edge of Paris holds a Moliere month every summer and a statue by Xavier Veilhan will be unveiled in May following a Moliere exhibition, which opened yesterday.

Moliere fled Paris at 23, spending the next 13 years with a travelling troupe and anniversary events will be held up and down the country.

Yesterday also saw another statue unveiled at Pezenas, in the southwest, where Moliere stayed repeatedly in those early years.

The historic heart of the town will be taken over by scenes from the plays and his life. An official Moliere stamp will be offered as a pre-issue.

The CNCS national centre for theatre costume at Moulin, in central France, will open a "Moliere in costume" exhibition, at the end of May.

The Paris Opera will celebrate the anniversary with "Moliere in Music" from September.

The playwright left little trace of his personal life and the only one of his four children to survive to adulthood, lost his manuscripts.

Despite the myth, Moliere did not die on stage, but shortly after a performance - as the hypochondriac Argan - at home on the Rue de Richelieu on Feb 17, 1673. - AFP 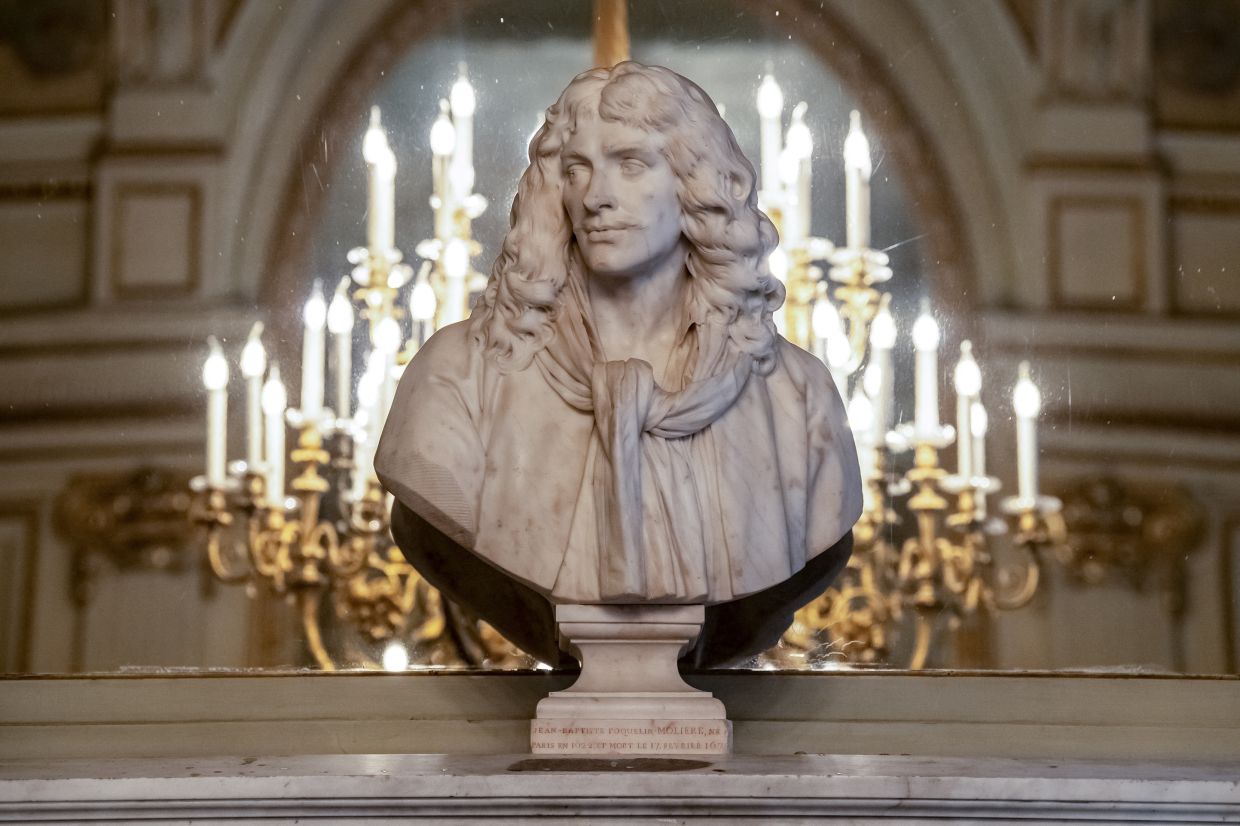 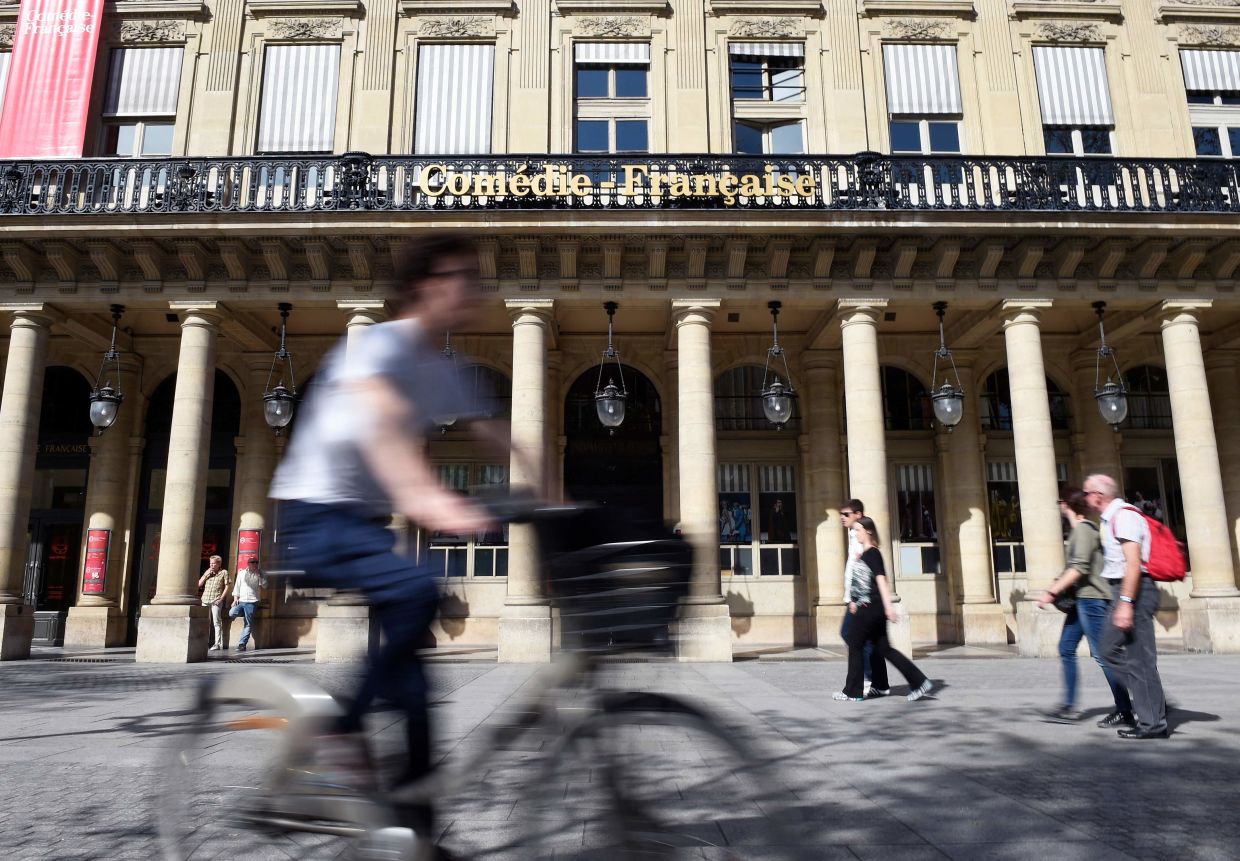 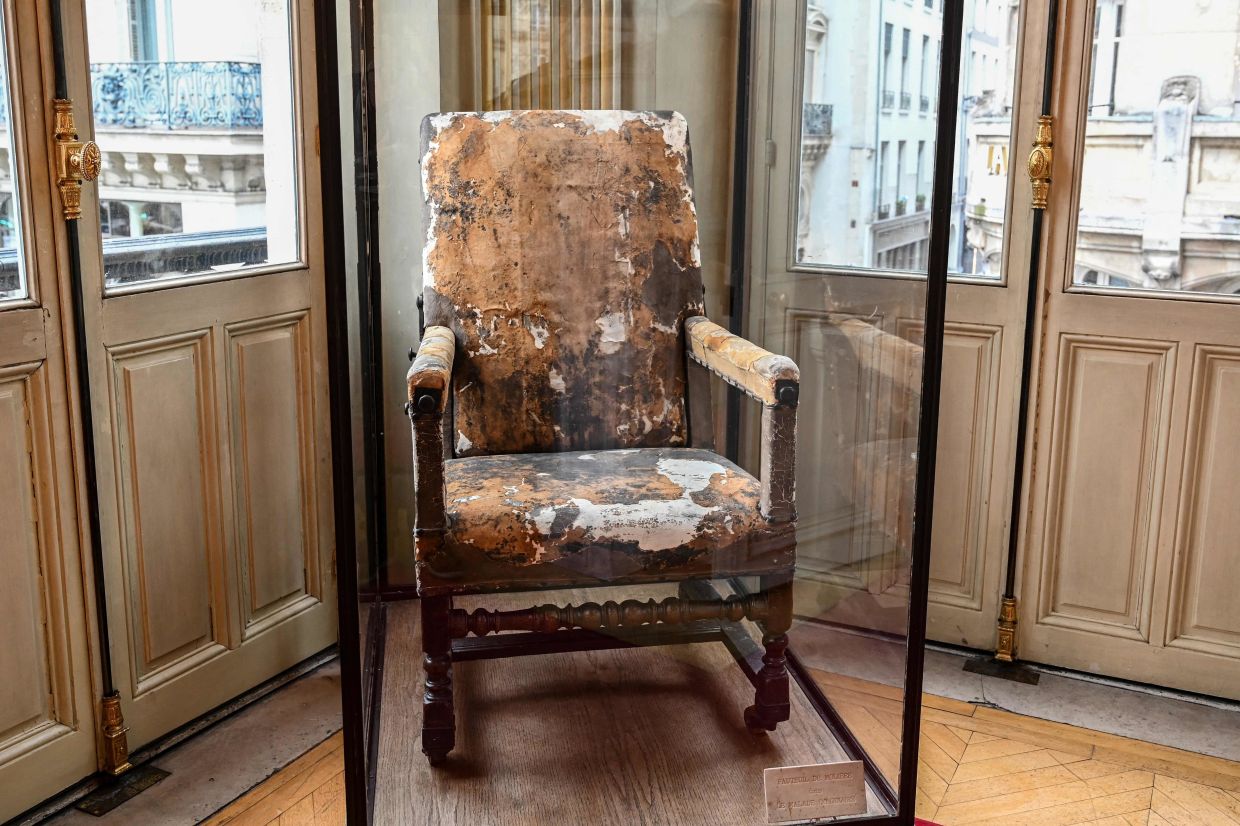 Moliere's plays alone will be performed at the Paris monument to Moliere until July, which started yesterday with the orginal censored version of 'Tartuffe', which will be shown live in cinemas too. Photo: AFP

La Comedie-Francaise is the oldest theatre company in the world. Called the 'house of Moliere' even though he never went there, the theatre has been haunted by Moliere for almost 400 years. Photo: AFP

Does the land of Shakespeare care for 400-year-old French playwright Moliere?