All the artworks displayed on the balcony railings have been removed. They are now being exhibited at new gallery spaces at the ARTisFair event in Kuala Lumpur. Photo: The Star/Muhamad Shahril Rosli

The inaugural ARTisFAIR event hit a bump a day after its opening at the Fahrenheit88 mall in Kuala Lumpur.

The affordable art fair, co-created by fashion designer Datuk Seri Bernard Chandran and BookXcess co-founder Andrew Yap, scheduled to run until Nov 28, was at the centre of a social media storm today with art lovers and local artists objecting to the way some of the exhibits where hung on the shopping mall balcony railings.

They claimed exhibiting artworks on balcony railings was akin to hanging laundry on a clothesline. It also made it difficult for the public to view the artworks displayed on three floors. Art industry observers also queried if the artists' works were insured over loss or damage when exhibited in such an open public area, with security a pertinent issue. “At least have a discussion with the artists, get their opinion and suggestions on how to display their artworks to show respect,” wrote Jalaini on his Facebook page.

KL-based multidisciplinary artist Bono Stellar posted on her Twitter account that she has taken down her artwork.

“You can’t be serious about hanging those canvases like that,” she wrote.

Another artist, abstract painter Indra Gondi, tweeted: “The worst way to display artworks. I'm pulling out my pieces. This is disrespectful!”

When contacted by The Star earlier today, Chandran shared that after discussing with some of the artists, he decided to remove all the artworks from the balcony railing display and will now place them in the building's gallery spaces.

Apart from Bono Stellar’s piece, none of the other artworks have been reclaimed by the artists, said Chandran.

“Some of the galleries representing these artists think it’s not a good idea... it’s making them look cheap. But this is a creative process... when you create something new, some will have certain opinions about it.

“We spoke to some of the artists. Why they are pressured is because the galleries threatened them that if they don't ask us to take it down, they won't represent them anymore. So, to make them happy, we have taken down the artworks,” said Chandran.

“Some people claimed that we are collaborating with the mall to make this into a business. That is so wrong and this is influenced by these galleries that don't represent the artists properly. We will continue with our work and push boundaries. We are not perfect. The art fair will still go on,” he added. 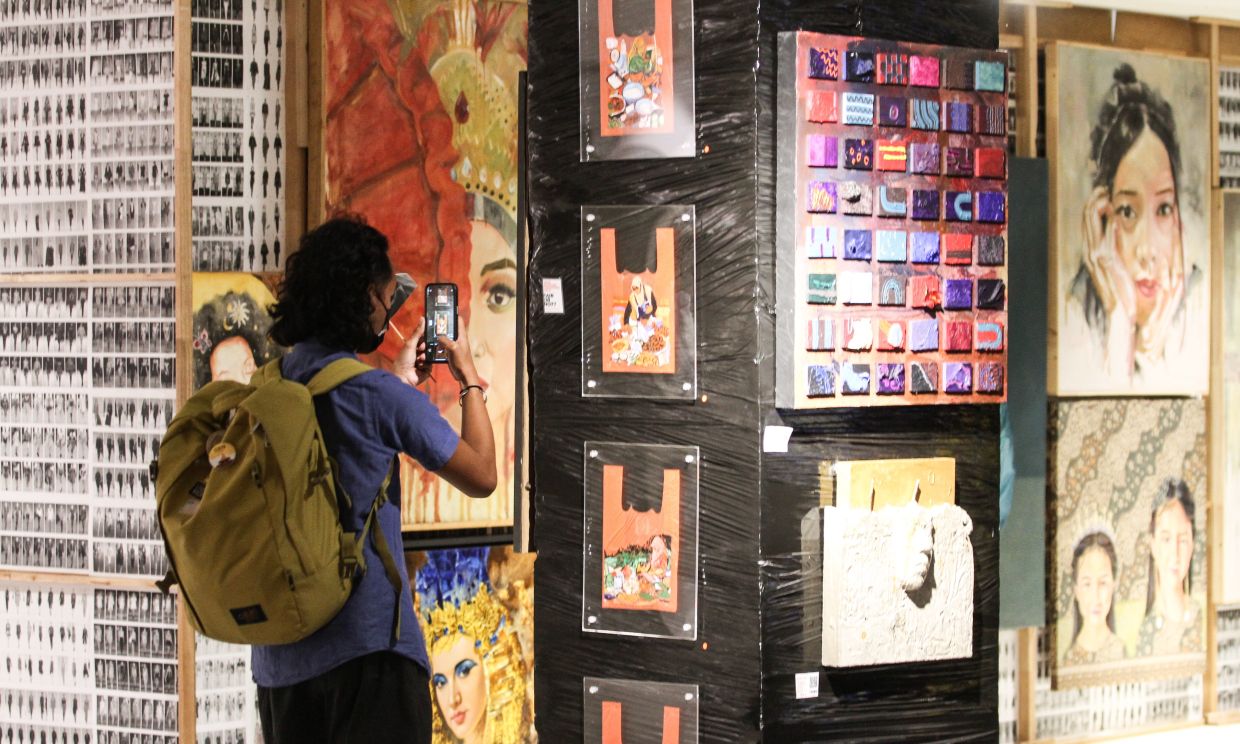 The aim of the art fair is to make art accesible and affordable for everyday Malaysians. Photo: The Star/Muhamad Shahril Rosli

ARTisFAIR features more than 2,000 artworks by over 500 artists from Malaysia and Indonesia across 9,290sq m of exhibition space spanning four floors.

The main idea behind ARTisFAIR is to “make art accessible and affordable for everyday Malaysians,” said Chandran.

“The dimensions of contemporary art need to be presented outside the gallery, in a more dynamic and lively way for people to interact with it, understand its relevance and ultimately think that it’s cool,” he elaborated.

"The ultimate goal is to make Malaysians appreciate art more, not just by organising an art fair but by giving them some kind of understanding of it through experiences and conversations,” said Yap.

It took Chandran, Yap and a small team (30 people) nearly six months, from ideation to execution, to put the self-funderd ARTisFAIR together. Many of the participating artists (aged between 18 and 65) are not affiliated with any major galleries. 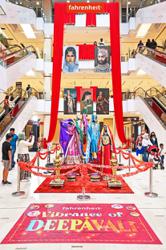