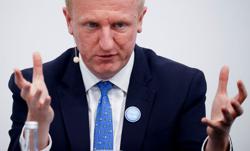 Count on the punk scene to mark the return of Photo London in style.

The photography fair, running online now, is an opportunity to discover shots of the Sex Pistols on stage that have never been previously shown to the public.

Photo London has decided to pull out all the stops. Some 88 photography galleries from 15 countries are participating in the sixth edition of the fair. A logistical challenge for Michael Benson and Fariba Farshad, the fair’s founders.

“Almost every week has brought a fresh challenge. The collapsing calendar has brought us into direct competition with other fairs in New York and Paris; borders have opened, and borders closed; the policy has been so mixed, muddled and misleading that planning anything has been recast as a branch of medieval theology,” they outlined.

But these constraints did not prevent gallery owners such as Londoners Richard Saltoun, Paul Stolper and Parafin as well as the Moroccan Black Shade Project from participating for the first time. To mark the occasion, Paul Stolper brought together five unpublished photographs taken by Kevin Cummins during the last Sex Pistols concert in Britain.

This legendary performance took place on Christmas Day 1977 at Ivanhoe’s nightclub in Huddersfield. Nearly 45 years after that performance, Kevin Cummins has vivid memories of it.

“This was the best gig I’d seen, and I saw them a dozen times. They were all in such good spirits and the audience felt great as well... they felt they were part of a secret society, allowed to go and see a gig on Christmas Day, rebelling against their parents. It wasn’t at all aggressive. Everyone just had a great time,” he told the Guardian.

The Sex Pistols played about 80 concerts in Britain before breaking up on Jan 17, 1978. Throughout their tumultuous career, many local councils refused to let them perform in their cities.

While Paul Stolper is betting on the British punk band to stand out at the sixth edition of Photo London, other gallery owners have chosen to highlight the work of international artists such as Mexico’s Manuel Alvarez Bravo and Mali’s Adama Kouyate.

Meanwhile, Richard Saltoun is dedicating his stand to “outstanding women photographers” such as Marina Abramovic, Eleanor Antin and Renate Bertlmann.

Photography enthusiasts unable to travel to London will be able to discover the digital version of the fair, Photo London Digital, through Sept 28. — AFP Relaxnews 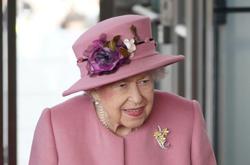