Instant Cafe Theatre's critically-acclaimed 'Air Con' from 2008 touches on the lives of teens in an all-boys schools, coming to terms with sexuality, bullying and social prejudice. Photo: Filepic/The Star

The Instant Cafe Theatre (ICT) is bringing back one of its most hard-hitting plays Air Con, which originally made its debut in 2008, for an online archive screening later this week.

The theatre show, written by playwright/singer-songwriter Shanon Shah and co-directed by ICT’s co-founder Jo Kukathas and Zalfian Fuzi, will be streamed via digital theatre platform CloudTheatre from Sept 24-26.

As Shanon’s first play, Air Con was hailed as the breakthrough play of the year (2008) by theatre observers, not only because of the solid performance of its young cast, but also because of how the story struck a chord with the audience.

Air Con, which features mature content, tells the story of a murder of a sex worker outside an elite boys' school in Kedah, which shook the comfort bubble of the main characters as they discover a murky world of bullying, sex crimes, and violence.

"I feel excited and humbled. I'm also curious about whether the play will still resonate with a new audience. I wonder which themes or conflicts would be more or less relevant today than they were a dozen years ago," says Shanon, who is based in London now. "I think this play breaks down these issues and places them within the realm of everyday human experience. Identity, violence and sexuality are not treated as abstract concepts in the play. They are navigated, challenged, imposed or resisted by the characters within their own psyches and with each other.

"This is how we experience life, and watching a play that is true to life can often make us rethink abstract concepts and envision them anew. For me, personally, plays work best when they make me empathise with people whose voices have been silenced, and when they allow me to imagine how I personally can stop the silencing and help them to achieve justice," he adds.

The archive version of Air Con that will be streamed is the 2008 recording performed at KLPac.

The play, in a typical Malaysian flavour, features Bahasa Malaysia, English and a smattering of Chinese. Many of the characters also speak Bahasa Malaysia with a Kedahan accent, the home state of the show's scriptwriter Shanon. The popular hockey playing duo are feared and admired by the younger boys at school. But their lives and the reputation of their well-respected school are shaken to the core when a dead sex worker is discovered in a railway depot near their school. Also in the show are two juniors – William and Asif, who get caught up in the repercussions of the murder case.

“I think the themes of the play were important then and remain as important today. The Make Schools A Safer Place movement connects with some of the themes in the play. Though this is a boys' school, the bullying, the gender discrimination, the fear is very real in their lives too. There is more need than ever for an honest and empathetic play about inclusivity and understanding,” says Kukathas.

“Air Con is arguably Instant Cafe’s most beloved production, depending when you started going to the theatre,” she adds.

As a theatre performance, Air Con remains one of those important contemporary Malaysian productions which blurs the line between the real and the fictional, giving the audience something to think about well beyond the confines of the stage... virtual or not. 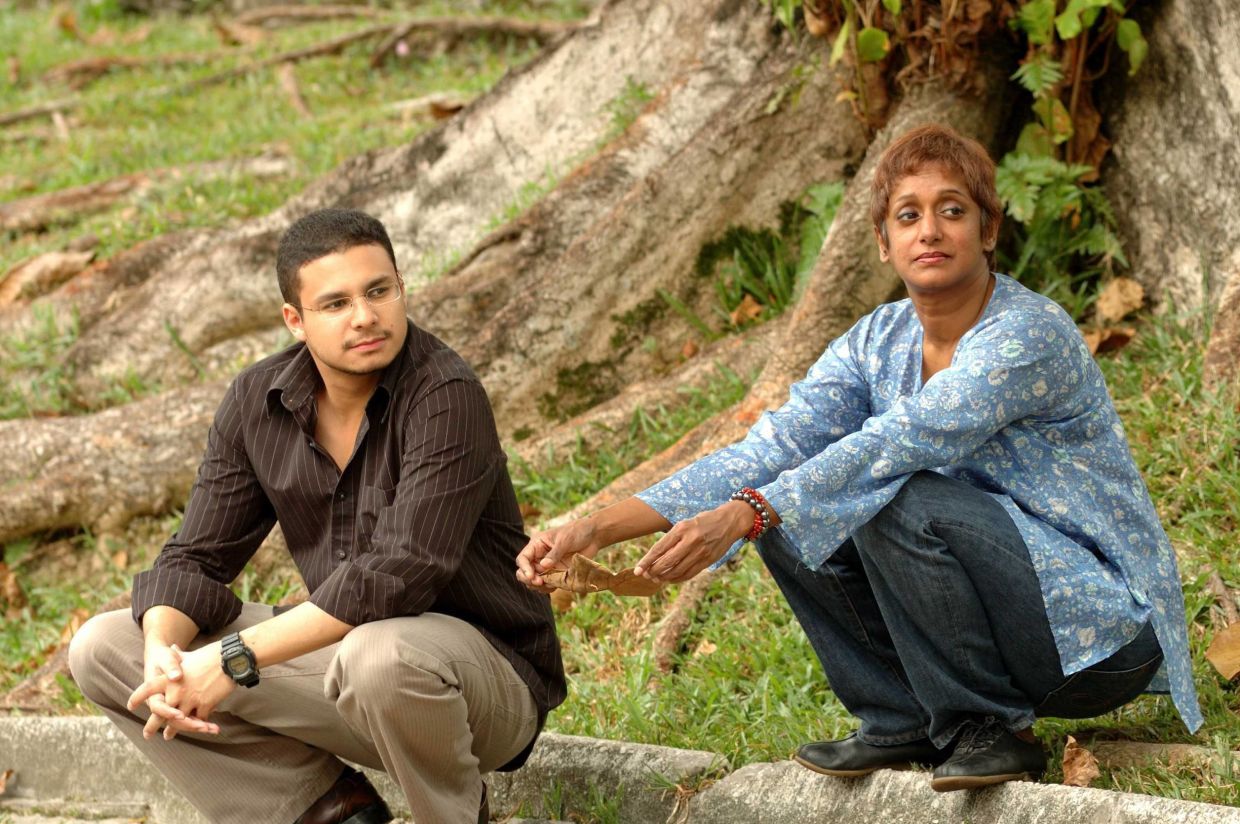 “Above all else, it is the issue of identity that grips you as you watch the play. Audiences should tune in because you will recognize yourself or someone on stage. You will be questioned on where you stand as you deliberate these very issues on identity at some point in your life. You will witness how hard these real characters fight for what they believe in,” says Zalfian.

Air Con is a ticketed event, on a pay what you like basis, with RM8 as the starting point.

There will be a post-show discussion series on all three screening days.