Experimental arts/music outfit Francoe, a duo with strong links in the theatre scene, is looking to its debut project to lift the clouds in an otherwise difficult pandemic year.

“I have had Rakaman Emosi in my head since 2019,” shares Rezza Coebar Abel, Francoe’s co-founder.

Everything was left on the backburner when the pandemic hit last year. But when the 28-year-old Coebar, a musician/creative producer from The Actors Studio, formed Francoe together with KL-based musician/writer Ian Francis Khoo in February this year, it finally seemed like the right time to work towards a Rakaman Emosi release.

“Francoe was formed in the middle of the pandemic, and it was a project that developed through many layers of artistic collaborations. We wanted individuals on board who understood the spirit of the project, and not have an empty series of collaborations,” says Coebar.

Rakaman Emosi, as an ambient soundtrack vehicle, will focus on poetry, theatre, dance, and a multidisciplinary work.

Rakaman Emosi will start with Kata, which will be released at midnight on Sept 19 across various streaming platforms.

The four performances in Kata, all recorded remotely, will explore topics such as sexual identity, faith, loss and freedom of speech.

“For the performances, I think people can expect a multitude of textures and sounds. A lot of the compositions were formulated around the individual styles and delivery of the respective poets. Thematically, it comes as no surprise that they were all ready to tackle different subject matters that were near and dear to them.

“Each track is also built to serve the narrative and elevate their performance,” says Khoo, 24.

Viewers can access the Kata performance via a free virtual listening party through Zoom at 9pm on Sept 18.

Donations collected via the listening party will be used to fund the remaining Rakaman Emosi recordings. 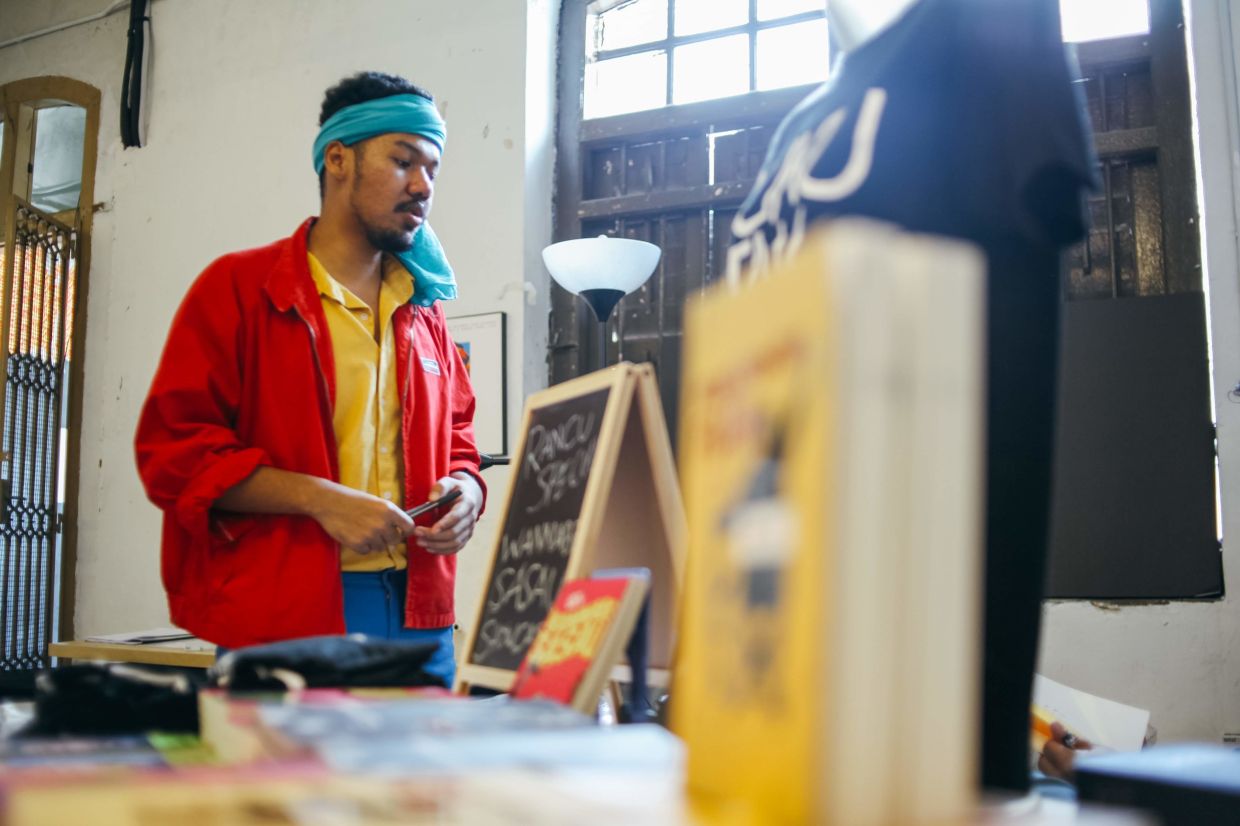 For the second installment called Cara, to be released next year, Francoe will be collaborating with selected theatre groups via an open call, encouraging the participants to devise and experiment rather than rely in a script.

Incidentally, it was while working together for Ching’s directorial debut show OCD at KLPac in late 2017 that the Francoe duo realised that they worked really well together. In that same year, they also worked together, composing for Tung Jit Yang's Losertown.

“However, we were getting bored just composing and performing for theatre. We have a couple of goals with Francoe, one is to design more soundscapes for physical and experimental stage productions.

“The other is to encourage other musicians to get together and collaborate with artistes from other disciplines. We can all benefit from having the performing arts as one (strong collaborative scene),” offers Coebar.

Outside of their theatre projects, Coebar is looking to record new material under his solo moniker while Khoo is occupied with homegrown math-rock outfit The Filters.