A screenshot of 'The Sonic Stories Of Deepset', a crowdfunding film project between arts venue Live Fact and experimental band Deepset. Photo: Handout

The doors might be bolted yet again for performing arts and live venues due to Covid-19 restrictions.

Live Fact has released a “rockumentary” video titled The Sonic Stories Of Deepset, which captures the band’s virtual performance from the venue last July. Additional band interviews and backstage footage have been stitched together for this 45min short film, which was produced by a video team closely associated with Live Fact.

The video accompanies the crowdfunding campaign where Live Fact and Deepset have issued an exclusive live CD and merchandise bundle. The CD features four unreleased Deepset songs, including Ballad Of The Dancing Lunatic and Madness, As You Know.

“We might be closed as a venue. But I’m glad that The Sonic Stories Of Deepset video captures the spirit of collaboration. Through the years, I have seen them play countless times, but for this performance - in an empty hall, no audience - they served up a magical set. They offered to help us in our darkest time and that glow of hope, as cheesy as it might sound, really lifted us," says Mak. "This also isn't a story of one band and one venue. Independent venues are entry points into the arts and music scene, not only for bands but also for sound engineers, photographers, filmmakers, lighting crews, designers and others. We want to show that people can make a difference.

“At Live Fact, we have been very lucky. The bands, artists and fans who have been with us from day one have not abandoned us, and that sort of support has kept us going during this pandemic, ” he adds.

Deepset’s online show at Live Fact last year managed to raise RM20, 000, a sum which was divided between venue and band. For The Sonic Stories Of Deepset video project, Mak says everybody involved was also paid.

“It’s a long road ahead. Pandemic recovery timeframes are meaningless when you can’t get back to work. A venue cannot open, a band cannot play. It's a demoralising time, but we have to stick together, help each other out, ” says Mohammad Asshad, Deepset bassist.

"We have built a strong relationship with the Live Fact people. In many ways, it's more than just a venue. It's 'home' for many people in the fringe music scene. If we manage to keep Live Fact alive, we also keep an entire network of bands and creative people going... it will take a lot of hard work, but when community comes together, things can happen," he adds. 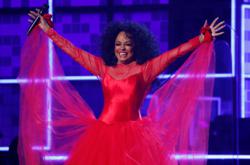