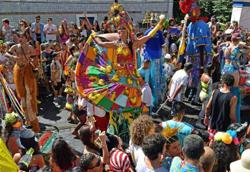 A paper diorama from Yuko Higuchi from Japan. This illustrator creates surreal worlds in which anthropomorphic cats live in. Photo: Meowseum Penang

If animals could speak, the dog would be a blundering outspoken fellow; but the cat would have the rare grace of never saying a word too much, wrote Mark Twain.

This quote is one of several hanging in an old, heritage shophouse in Lebuh Melayu at the heart of George Town, Penang, where a long love affair with felines has culminated into Meowseum, a centre for everything and anything related to cats.

Tired of the corporate rat race, Justin Shin, a former ad man from KL, packed up and moved to Penang over a year ago despite never having lived in the state before.

“I just couldn’t handle the stress of constantly being chased by the clock anymore. After two major nervous breakdowns, I decided that enough was enough.

With half a dozen big lorries, Shin moved his massive collection of cat memorabilia sourced from over 80 countries around the world.

Like quite a number of people, Shin had dogs as pets for most of his life and actually grew up hating cats.

An encounter many years ago with a girlfriend’s adopted street cat changed both his perception and trajectory in life.

“That cat was a mature female, very reserved and quiet, gentle, elegant and very affectionate.

Meowseum comes alive the most when there's a midnoon sun coming through the tall skylight bathing the art, plants and the occasional cat. Photo: Meowseum Penang

“When we had to send her to the vet hospital to save her from dying by removing half of her intestines, I realised how much my girlfriend and I cared for that cat. From that point on, my love affair with cats began, ” says Shin.

With a pre-existing love for art, paintings were a natural place for Shin to focus his new affection for cats.

From Raminagrobis, a rare René Magritte piece from 1948, to Vera Sapozhnikova’s beautiful oil and palette knife painting entitled The Angel in crystal colours, each piece displayed in Meowseum has been meticulously labelled with the title, artist and country it originates from.

“This museum has serious art but I also want it to be accessible so there are things that children will enjoy and other things that art lovers would appreciate.

“For example, we have a whole section on Hello Kitty and Doraemon upstairs but even there, there are contemporary pieces that people wouldn’t normally get to see, ” Shin explains. 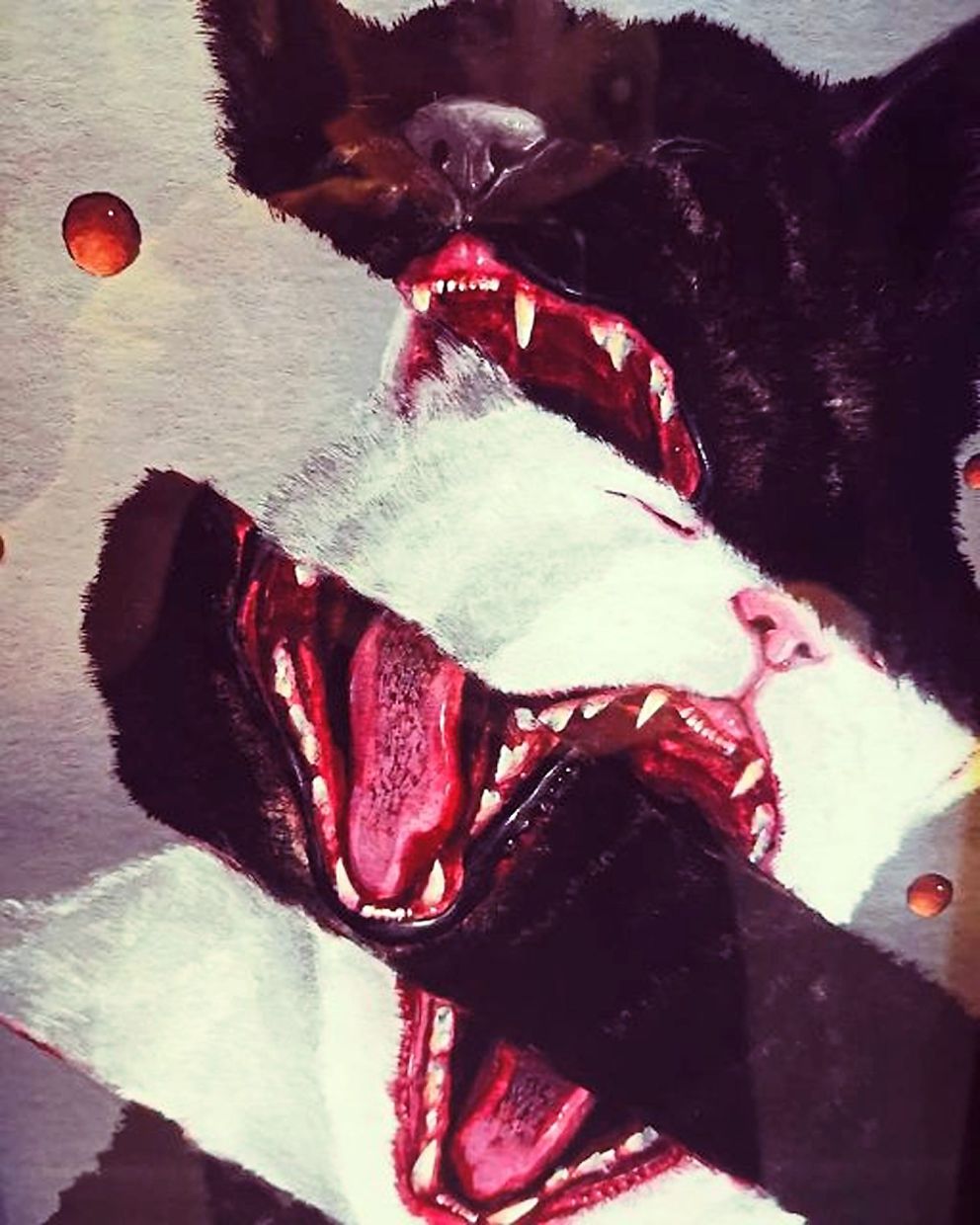 'Sleepers' by artist Dusty Ray, which is all about cats and their creepy yawns. Photo: Meowseum Penang

Just inside the orange doors of the museum, art hangs from the floor to up over 7.5m in the two airwells of the pre-war house that were common features built into homes of the time for natural cooling.

Filling up the museum

With limited funds, Shin and a former business partner who parted ways just after the first MCO last year, undertook the design and set-up of the entire museum themselves – something they probably regret.

“While hanging some of the larger paintings in the (entrance) airwell, I fell from halfway up the ladder.

“I was injured quite badly and that put me out of commission for a month, so on top of the MCO, that delayed our schedule even more, ” recalls Shin.

In this museum space, the art is interlaced with over 1,600 cat figurines, statues and sculptures along with rows of greenery – something both Shin and his four resident cats enjoy.

Meowseum also includes a library corner with some 500 books (primarily centred on cats, or course, and art) and a kitchen gallery where visitors can brew themselves some catnip tea.

Upstairs, a “creepy cat” hallway welcomes patrons where the goddess Lilith and Iceladic monster cat myth Jólaköttur peer down among dozens of other dark art creations. 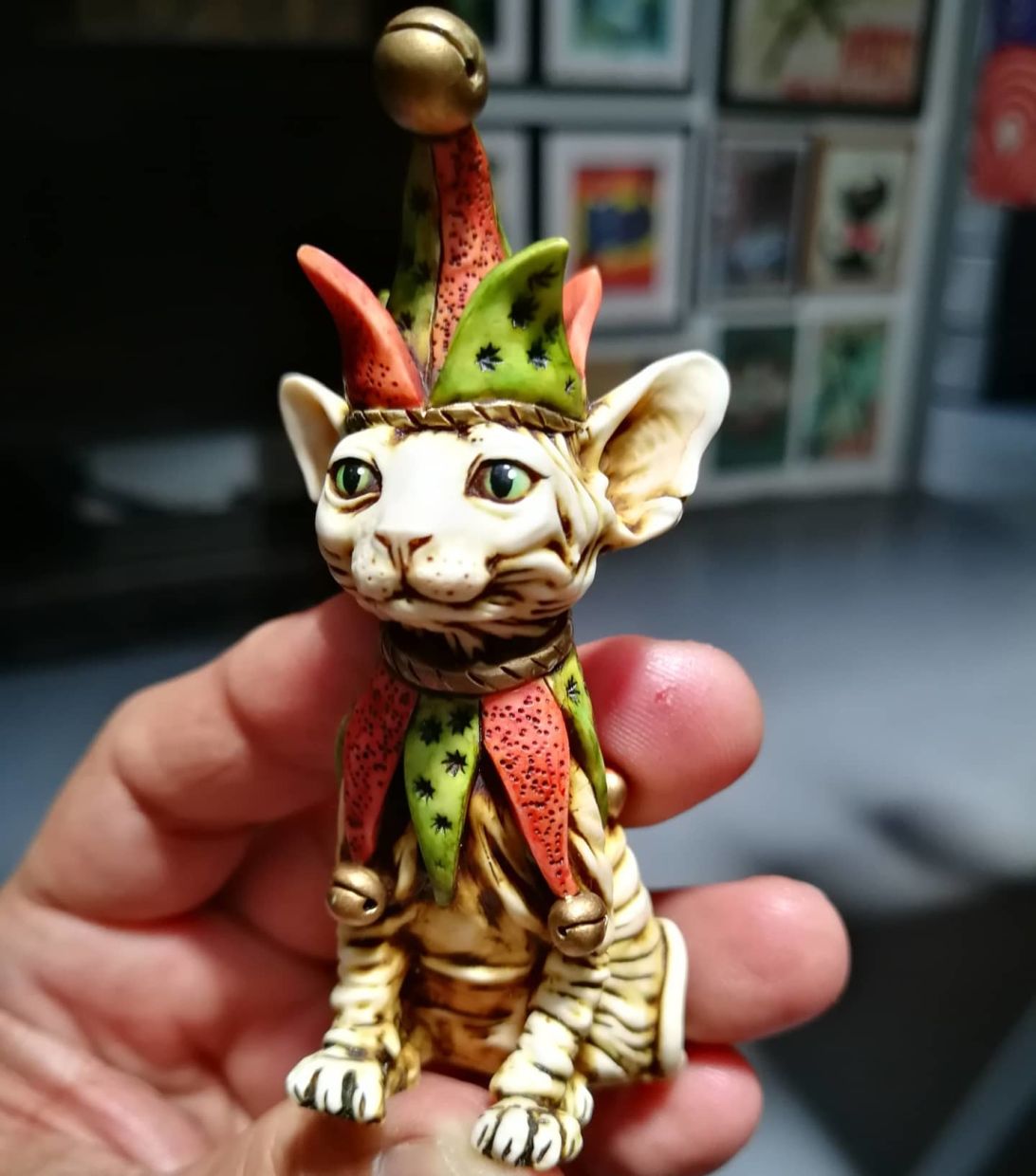 An ornamental delight from the Meowseum's collection of jester and clown themed figurines. Photo: Meowseum Penang

On this upper floor, art is grouped more thematically with sections on Japanese street art, classic European paintings along with a Halloween section and figurine collections from East Asia, Mexico, Chile, Uruguay and Peru.

“With Meowseum, I want to show that art museums don’t have to be elitist, inaccessible, sterile and boring. Through the beauty and mystique of the cat, I want to present a very wide range of art in terms of style, technique, material and expression.

“Hopefully, this can open minds to be able to look at art in a different light and also expose young people and children to art by using the cat as a relatable vehicle. Meowseum is basically a place for people who like art and like beautiful things, ” says Shin.

And, of course, cats.

Meowseum is a pay-per-entry museum that is being supported by a Cultural Economy Development Agency (Cendana) grant due to the pandemic. While a CMCO is in effect in Penang, it is only open on weekends from 10am to 6pm. 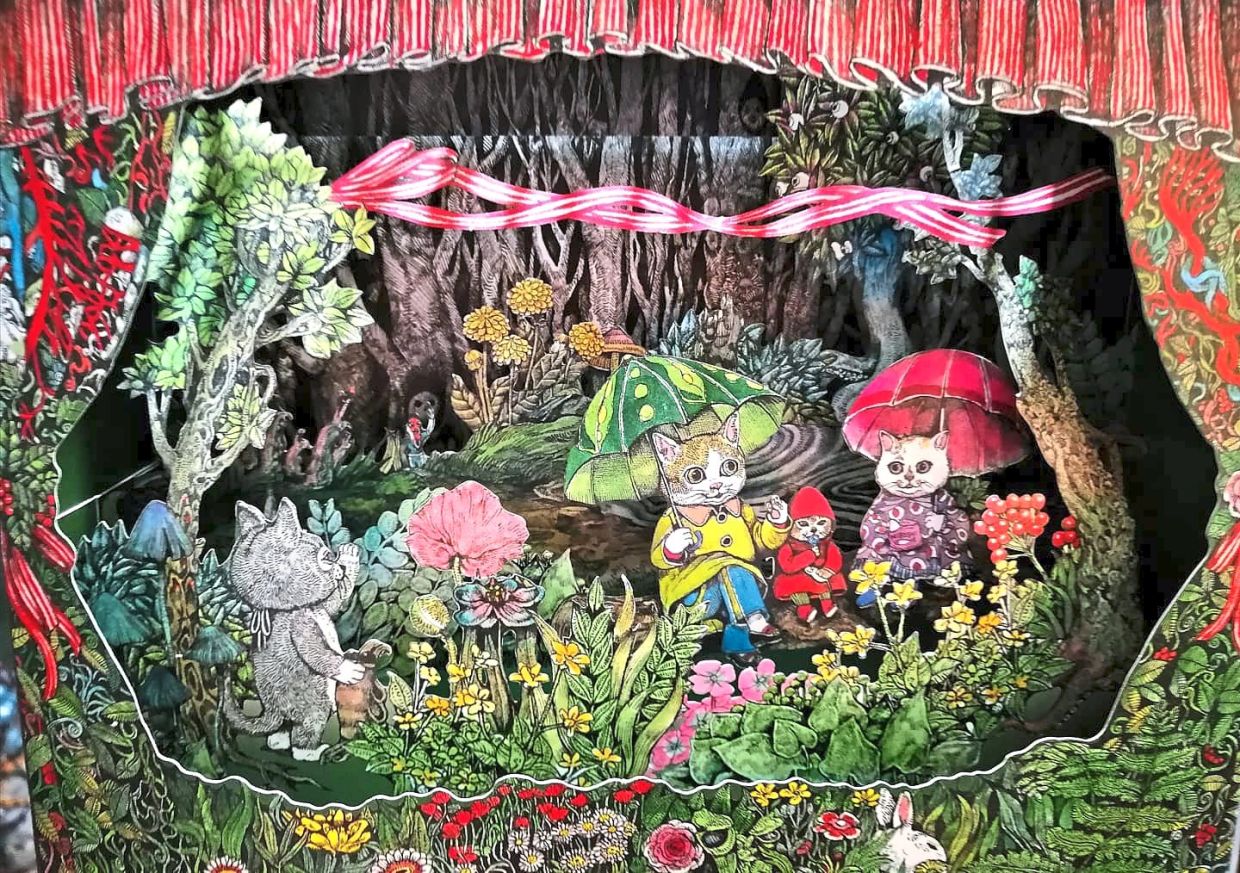 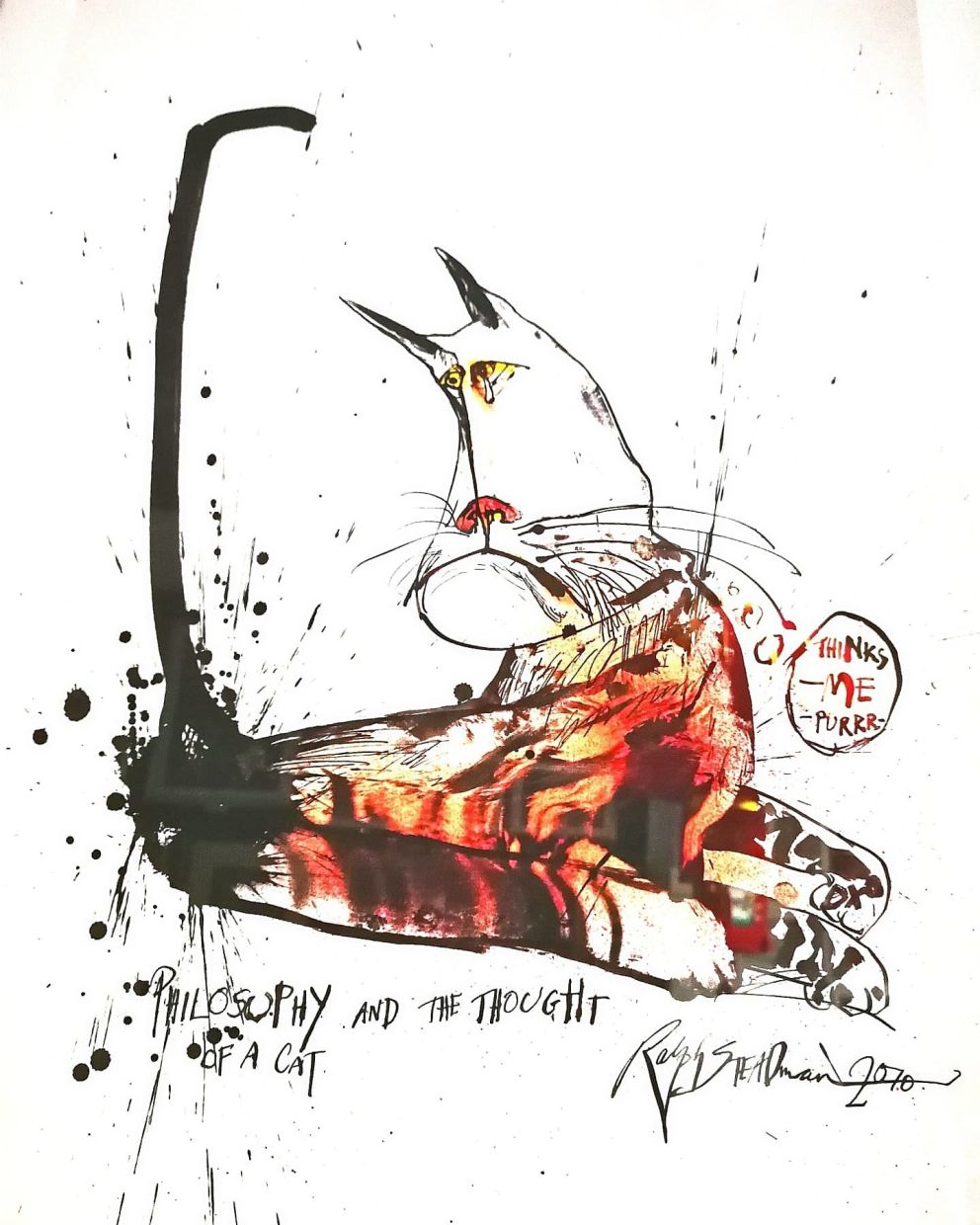 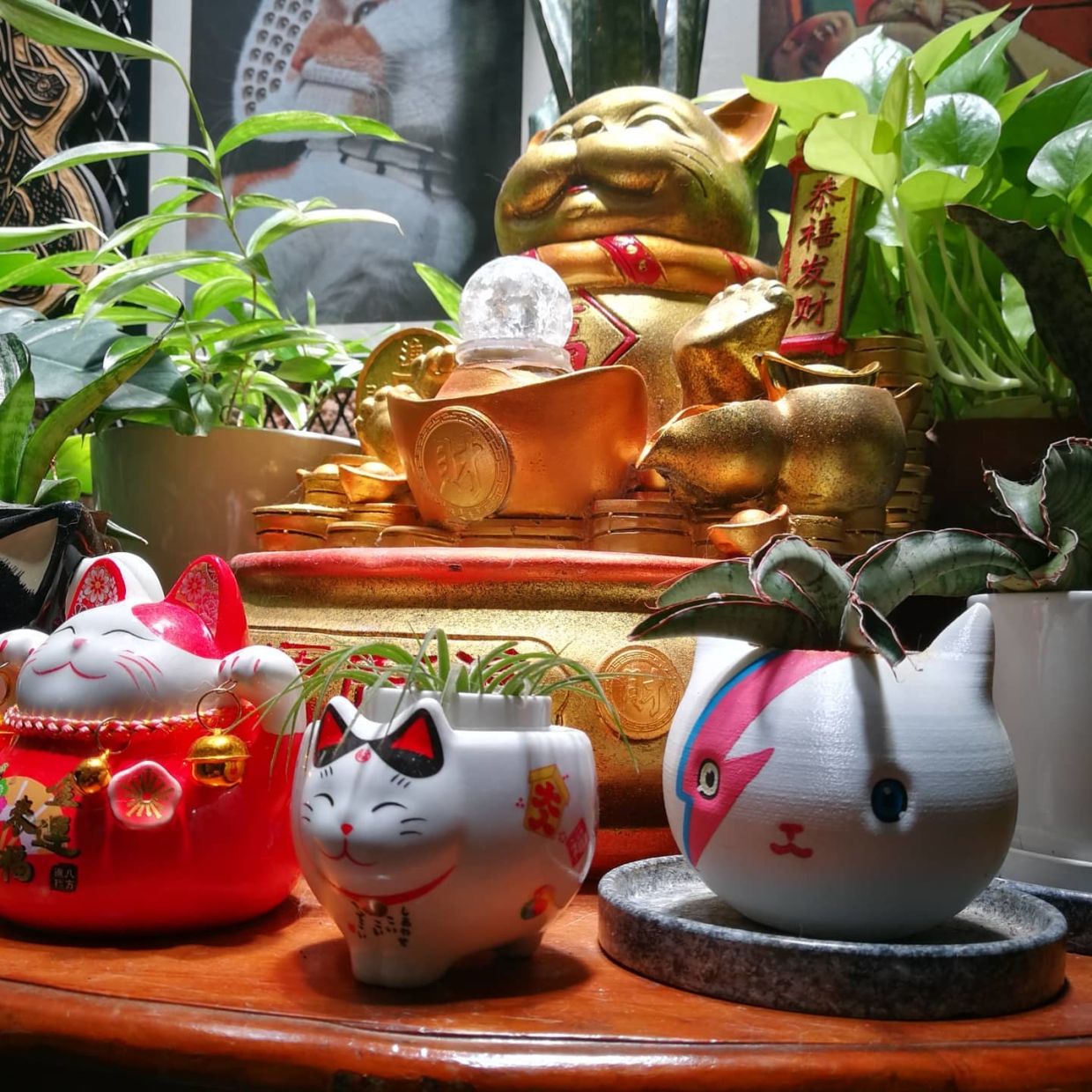 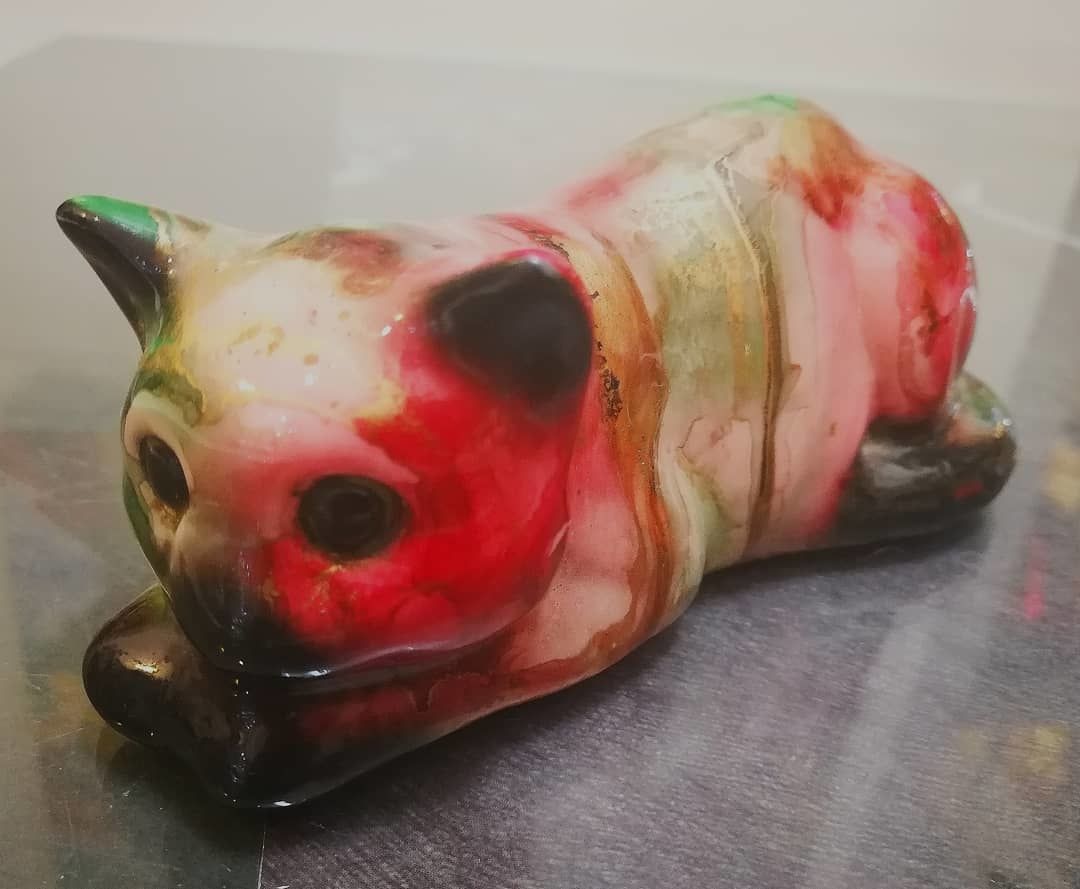 A paper diorama from Yuko Higuchi from Japan. This illustrator creates surreal worlds in which anthropomorphic cats live in. Photo: Meowseum Penang

An original print from US artist/illustrator Ralph Steadman.

'Sleepers' by artist Dusty Ray, which is all about cats and their creepy yawns. Photo: Meowseum Penang

Meowseum comes alive the most when there's a midnoon sun coming through the tall skylight bathing the art, plants and the occasional cat. Photo: Meowseum Penang

A Maneki Neko is also known as a Lucky Cat or Fortune Cat. No cat museum can do without a few of them... plus a Ziggy Stardust feline. Photo: Meowseum Penang

An ornamental delight from the Meowseum's collection of jester and clown themed figurines. Photo: Meowseum Penang

Imagination meets science and art in 'The Trinket Shop' exhibition 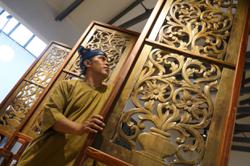 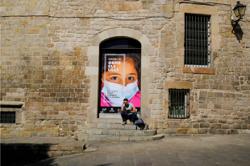