'If you do decide to do this (be a fiction writer), you have to be okay with never being sure of what is going to happen next. That was my whole life for the past couple of years, ' says Danker. Photo: The Star/Muhamad Shahril

Newcomer author Stuart Danker probably has a map of some of the best co-working indie spaces in the Klang Valley where you can get work done and find inspiration... with good coffee assured.

“I lived on bare minimum conditions for about a year after I quit (a job as content manager at Malaysia Airlines). I would go out to a co-working space, just write, and go home.

“I would go out at 9am and come back at 6pm, because in the beginning I did not want people to know I was doing this, ” recalls Danker, 38, with a laugh in a recent interview in Kuala Lumpur.

In 2019, he had a stable job. He had been working for Malaysia Airlines for about a year. Everything changed, however, after he attended a team-building event, where he was encouraged to follow his dreams.

Danker, born in Kuala Lumpur, had always wanted to be an author, with sci-fi as his choice genre.

He also received encouragement from friends and people in the writing community to try out this writing gig.

Danker knew the challenges ahead if he quit his day job but decided to devote all his time to writing. He took the plunge. 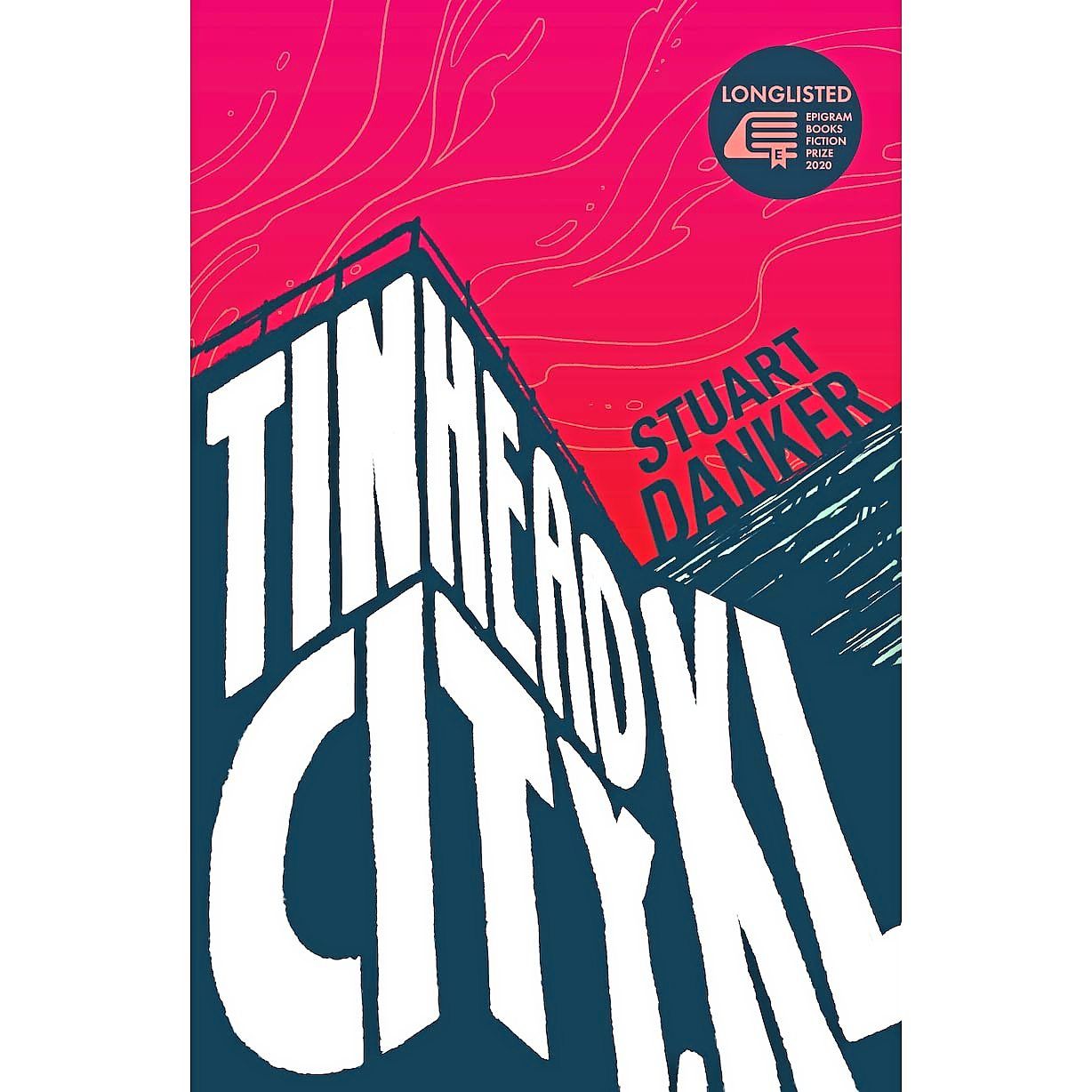 “I lived off my savings for a while. I lived a meagre existence, not buying anything, just paying for food and petrol. Come to think of it, I don’t think I’ve bought any new clothes since then!” he says.

Danker’s long days of writing and drafting, however, eventually paid off. He tried his luck last year by submitting his debut novel Tinhead City, KL to the Singapore-based Epigram Book Prize, which celebrates and publishes works from regional writers.

Danker’s work was longlisted for the Epigram Book Prize 2020, an achievement in itself for a new writer.

If that was not amazing enough, Danker did not use a computer to type his manuscript. Instead, he wrote it completely in longhand. His inspiration was British writer Neil Gaiman, who is well known for writing his novels by hand.

Instead of pounding on a laptop, Danker relied on pens and notebooks to see his debut book taking shape.

“Gaiman said he wrote his novels longhand. At the time, I didn’t even know what novel writing was, so I just decided to follow his advice. I liked the things he said about writing. I even bought the fountain pen he was using, ” says Danker, who names Terry Pratchett as a major writing influence, as well as Warhammer 40,000 novel authors Dan Abnett and Sandy Mitchell.

“I felt very lucky to be longlisted (for the Epigram prize). For a year, I wasn’t sure if I had made a wise decision to do this (be a writer). I felt acknowledged (by the longlist nod), it was validating.”

Danker’s recently released book Tinhead City, KL is set in a bleak, dystopian city called KL. No one can remember what the letters stand for anymore.

In this world called “KL”, law and order is enforced by robots called “Tinheads”, who issue capital punishment for the smallest of offences. The protagonist is 19-year-old Zachary Ti, who accidentally destroys two of the cyborgs, and that’s where the story heats up.

Zachary is forced to join an elite rebel faction whose methods are more than questionable. Soon he is sent back into the fray of KL – but this time he is a wanted man.

“I just wanted to depict a cyberpunk world, one where it was very unfair. For some reasons, those scenarios have always fascinated me. A world policed by robots ... where if they think you were wrong, then you’re wrong, no argument about it. I love all kinds of books, movies and games in cyberpunk settings, ” reveals Danker.

This novel, he adds, actually started out as a short story of about 2,000 words. That became the first chapter of Tinhead City, KL and Danker expanded it from there.

It also started off with the title Homecoming. His publisher Epigram Books, however, convinced him to change the book’s title.

In Tinhead City, KL, one of Danker’s favourite characters to write about was Dice, who ends up joining the rebel faction with Zachary. He was modelled off Kris Kristofferson’s character Whistler, a mentor, father figure and weaponsmith, from the 1998 superhero horror film Blade.

“He was one who stuck out most for me. I had a pretty strong image of him... the long white-haired dude who’s a mentor. There’s always one of those in these stories, the guy who always has a useful tool for you, ” says Danker.

Oddly, while many new writers prefer short stories to novels, Danker is the other way round. For him, its harder to get invested in short stories: they end too quickly.

The author has already written two other novels, and almost finished another during this pandemic period, which he says is in the fantasy genre.

“When I first started writing a novel, I thought it was going to be a big, grand thing, which would need a lot of discipline. But when I actually started, I found out it was just a matter of writing about 300 words a day.

“I mean, 300 words doesn’t really feel like anything, you can usually write it in about 20 minutes. You don’t feel its anything, but a few months later, you’ll have thousands of words, ” says Danker, who aims to write a draft every six months.

What is his advice for people who want to follow in his footsteps, and quit their jobs to become novelists?

“Do it only if you were like me, to be lucky enough not to have responsibilities at the time. And if you do decide to do this, you have to be okay with never being sure of what is going to happen next. That was my whole life for the past couple of years. If you can do that, you will be fine, ” concludes Danker.