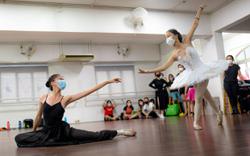 The Petaling Jaya Performing Arts Centre (PJPac) will officially open its doors on May 25. Photo: PJPac

At a time when the Malaysian performing arts industry is slowly reopening and picking itself up from a series of unprecedented shutdowns, the introduction of a new theatre space is a bold move, signalling the continued support for the arts here.

The Petaling Jaya Performing Arts Centre (PJPac), a multi-purpose arts venue situated in the 1Utama shopping centre, will officially open its doors to the public on May 25.

PJPac was originally slated for a March opening but it was postponed due to the movement control order being reimplemented in January.

“The pandemic has been tough on our performing arts scene, we can't help but see the opening of PJPac as a silver lining. Our main purpose is to create a world class arts destination for the people of Petaling Jaya and the nation... to give them a more diverse range of performances in arts and culture," says Brian Kwan, PJPac’s theatre manager.

PJPac, owned and operated by Bandar Utama City Centre Sdn Bhd, also has a busy 2021 programme lined up, starting in April with a test run period of shows.

These ticketed shows are Theatrethreesixty’s Orang Bulan (April 29-May 2), KL City Opera’s La Voix Humaine (May 8 and 9) and Hands Percussion’s Collection Sounds (June 10-13). There will also be (free) public events during this period, including the Strength Photo Exhibition by Women Photographers Malaysia. 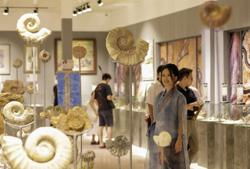