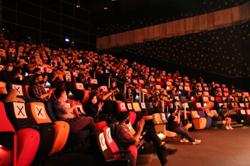 Sutra Foundation’s Triple Frontiers is set to take to the stage on April 9-11 at the PJ Civic Centre auditorium in Selangor, after it was twice postponed last year – first in March, then in October – due to the pandemic restrictions here.

This dance production will be presented in a triple-bill format, featuring the Odissi works of Sujata Mishra, Parwati Dutta and Meera Das, who are three dancers/choreographers from India.

It will be performed by dancers from the Sutra Foundation and Sutra Dance Outreach Programme, who were taught these pieces as solo works in 2019.

The Sutra dancers have reinterpreted these works for the Triple Frontiers group performance.

“We didn’t interfere with the choice of vocabulary, but we have deconstructed it and transformed it. We have intensified the essence for this group performance and I can say that the audience can expect plenty of surprises at this show, ” says Datuk Ramli Ibrahim, Sutra Foundation’s chairman and artistic director.

He explains that the Odissi world has, in recent years, seen a shift from traditionally male gurus to women who not just teach, but also create and choreograph.

“They are very articulate, very passionate and vocal. A lot of the ideas are refreshing. I am also a firm believer that modernity can exist within the traditional, so there will be some tweaks in Triple Frontiers that demonstrate this, ” he says.

Sujata, Parwati and Meera all started out as dancers and now run their own dance institutions in India.

Parwati shares that she has always been drawn to Odissi for its innate spirituality and “contained power”.

“I am captivated by its lyricism, the architectonics of movements and the sinusoid design of Odissi, ” she says.

Her contribution for Triple Frontiers plays with themes of the flow of time and the sun (or day).

“Suryashtakam is an invocation to the Surya-Sun God who rides a chariot of seven horses, holds a white lotus and chakra in his hands and is the life-giver and light-giver of the world.

“I have composed it in line with a Mangalacharan format but tried lending a ritualistic flavour to it. As for Vadya Pallavi, it is an attempt to revive a lost aspect of Odissi dance.

“This pallavi focuses on the vibrant mnemonics of Vadya (percussion) and explores the possibilities of delineating sound patterns through movements. I thought of juxtaposing rhythm and movement in different ways to create a woven expression in time and space, ” says Parwati.

As for Meera, what captivated her about Odissi is its grace and elegance.

“The sculpture-like movements with strong footwork, the beautiful attire... it all makes Odissi such a special dance form. I am in love with it. And it was a wonderful experience working with the students of Sutra, they are so humble, hardworking and sweet and I am sure they will do proper justice to my work. There are many wonderful movements with intricate footwork that you will see in this performance, ” says Meera.

In Sujata’s case, she reflects on how she was first introduced to music at a young age, and dance naturally followed.

“Perhaps it was dance that chose me. To me, dance is meditation, worship and involves the mind, body and soul. You get clarity in life from dancing. I hope that Triple Frontiers will impart positive vibrations of our art and culture, as well as spirituality and happiness, to the audience," says Sujata.

With decades of experience under their belts, these three women have no doubt touched many dance students under their care.

As Parwati puts it: “Teaching is the most important way of glorifying our time-honoured legacy of knowledge transmission and also of paying gratitude to the gurus. It brings great joy to share our knowledge and creations with those who are deeply interested in learning and perfecting every aspect of the art form. After some years, it is truly rewarding to see these students evolve as thinking artists, and I see my own reflection in them.”

Triple Frontiers is the Foundation’s annual fund-raising production and comes after successful shows of previous years such as Amorous Delight, Odissi On High and Ganjam. 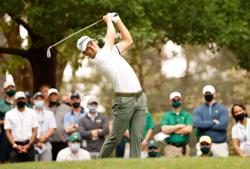