Guzheng musician Sara Heng will be performing a piece called 'The Conqueror' with Hands Percussion at the 'New Year, New Hope' online festival on Feb 12. Photo: The Star/Faihan Ghani

The New Year, New Hope online festival, organised by the Selangor state government, will be streamed (free) on Friday (February 12) at 9pm via the Selangor Menteri Besar’s Mandarin Facebook page.

The videos were mainly shot at the MBSA Auditorium, Shah Alam in early December and different locations in Selangor and one in Penang.

“I had this idea of bringing all these artists together to support each other in this tough time. I felt that it was important that we joined forces as artists, stand together and make this happen, ” offers Bernard Goh, the festival’s artistic director and Hands Percussion’s co-founder.

Goh says he assembled a team of nearly 50 artists and crew for this festival, all paid by the organiser, just in time for Chinese New Year.

“This festival is a love letter to Malaysia, hoping for a better future. We also want people to sit down in the comfort of their homes and watch the talents of our artists and the beauty of our own culture instead of just watching international shows during Chinese New Year, ” says Goh. 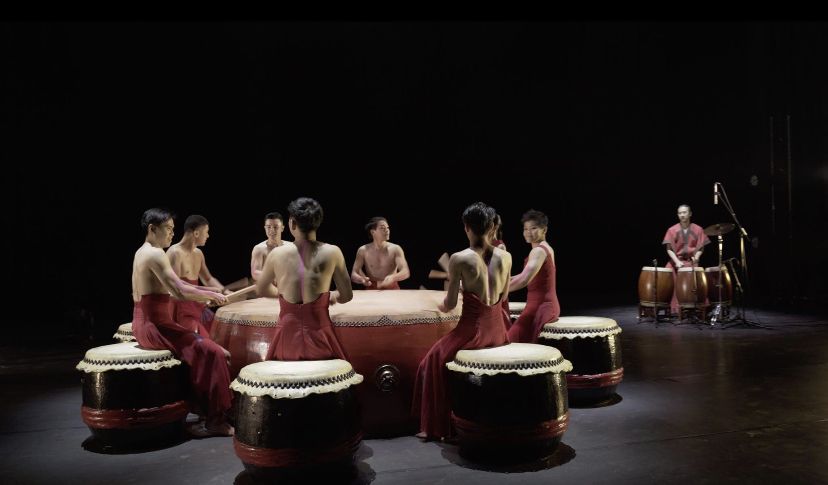 Hands Percussion will be performing its show 'Reunion', adapted for the online screen. Photo: Handout

Heng, who will be performing a piece called The Conqueror together with Hands Percussion, agrees with Goh.

“I hope our performance can bring festive cheer. This year is definitely very different from the past celebrations, ” says the Penang-born musician.

Heng says Chinese New Year is usually the busiest time in her calendar but due to Covid-19, all the shows had been cancelled. She welcomed the invitation to be a part of this online festival.

Heng has kept busy by recording a Chinese New Year interview session with RTM’s Fresh Brew that will be streamed on the third day of the celebration. She also recorded a Chinese New Year video with speed painter Haze Long for the Malaysia-China Culture & Arts Association.

“I’m still learning to adapt to the new normal positively and strengthening my online presence seems to be very important.

“I hope everyone stays home, stays safe and keeps a positive mind. Let’s get through these rough times together, ” says Heng.

Another virtual festival to look out for is the annual Penang Chinese New Year Celebration (Miao Hui).

This is the first time the festival will be going online since its inception in 1999. The Miao Hui usually takes place at the Heritage Precinct of George Town.

The digital celebration is a mixture of live talks and 20 pre-recorded short films which were shot in November and early January at various clan temples in Penang and other spots on the island.

“To make this happen, we gathered hundreds of volunteers to collect information, to write scripts and shoot the short films, ” says Jason Ong, a Penang-based theatre director and one of the festival planners.

Truly, this is a community-driven affair. Nearly 400 volunteers - from all ages - were involved in putting the videos together. The volunteers were tasked to visit these clan houses and temples, study them and come up with their own scripts for the short films.

“We hope that we can deliver a good CNY series and show people the spirit of not giving up even in the face of hardship, ” says Ong.

It will be a special Chinese New Year down south, with the Muar River Times community gathering "outpost talent" and small town arts groups together to help realise a virtual CNY festive event on Feb 12 at 3pm via its Facebook page.

"Chinese New Year Times Along The Muar River" will features a series of video links from five Johor towns located along the river, such as Muar, Belemang, Grisek, Lenga and Tangkak, with interviews, arts and culture events and storytelling featuring members of the community.

“The people behind Muar River Times have connected with several villages here since 2019, for place-making events and other projects. This time, we worked together with them again to put together this online Chinese New Year show, ” says Tew Kok Keong, Muar River Times founder.