Pandemic poem 'The Great Realisation' is now a children’s book 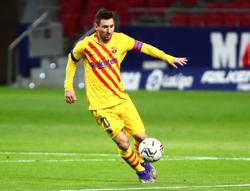 It starts on a simple note: a child’s voice, saying: “tell me the one about the virus again.”

And then, poet Tomos Roberts regales us with a bedtime poem of “a world of waste and wonder, and poverty and plenty”.

In rhyme, he spins a tale of a world ruled over by corporations, of unchecked greed and people being cut off from each other.

Everything, however, shifts in 2020, when a new virus arrives on the scene. While it causes problems, it also provides positive change, with many realising the wasteful ways the world used to have.

And when a cure arrives, “we all preferred the world we’ve found, to the one we’d left behind”.

Roberts’ poem The Great Realisation became a viral hit after it was first uploaded on YouTube on April 29. This simple yet profound tale of hope in troubled times has been viewed over 60 million times on social media, and been translated independently into other languages, including Arabic, German and Russian.

It was also remixed in a dance performance by the group Diversity at the semi-finals of Britain’s Got Talent 2020.

Recently, this poem was adapted into a children’s book and released by Egmont Books UK. It contains art by the Japanese illustrator Nomoco.

“The Great Realisation is a bedtime story of hope for a time of change,” Roberts, 26, posted on his Facebook page Tomfoolery.

“It is the simple message of hope I found when I went looking and I’m happy to share with you this book. I hope it will serve as a reminder that we need not aim for a return to normal when there is a tangible prospect of progress and the potential for so much more.”

The book touches on many issues that will be familiar to anyone living under pandemic restrictions today. It has been described as a story “for any reader, young or old, who dares to dream of a brighter future – of a fairer, kinder, more sustainable world”.

In a recent interview with the Washington Post, Roberts said he was inspired to write the poem to entertain his young siblings Cai and Sora, both seven, during the pandemic.

“While looking after my brother and sister, I read them stories about kings and queens and witches. And in these stories there’s something to be learned about friendship and trust and bravery and resilience, and so I was thinking: Imagine if the world before coronavirus was a world that seemed distant because we had made so many improvements because of the disruption it caused?” said Roberts in the interview.

“I kept hearing people say, ‘I hope things go back to normal.’ And I thought, wouldn’t it be even better if instead of going back to normal it went to something that was even better than before? I think that would be infinitely more interesting,” he added.

Author promises No Filter look at the Instagram story 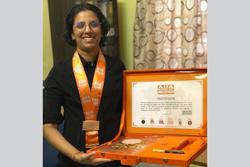 Blood streak: Nusantara prince deals with vampire impulses and political tussles
Best books of 2020? The New York Public Library has got it covered
Artful healing: Newcomer artist's first solo exhibit is a tribute to her late father
Scientists have evidence that some cave art was inspired by hallucinogenic plants
Ritual of listening: Sleevenote is a premium audio player for fans of album artwork
Melaka-based cultural activist gives Kristang language folk songs a global audience
The visual art world mourns the death of football great Maradona
London's National Gallery is charging a fee for a virtual tour of its 'Artemisia' exhibition
A list of picks to check out at this year's virtual George Town Literary Festival
Playful book about The Beatles wins major non-fiction prize in Britain