For Fadzlan Rizan Johani, it really was a “before-and-after” photo that made people sit up and notice his work.

There’s a large-scale mural on the six-storey Indah UPC’s facade, all lush and green with hornbills and owls peeking through wildflowers, oil palms and ferns.

Fadzlan, 40, had spent the last nine months working on this mural, with occasional progress updates on social media. So the last thing he expected when he posted a photo to commemorate the completion of the project, was for it to catch the attention of so many people.

“Since I have been updating on Facebook throughout the process, I wasn’t expecting it to go viral now. But that was exactly what happened after I posted the photo showing the place before and after mural completion, ” he shares.

And no wonder - the lush greenery and wildlife of Tree Of Hope, his latest addition to his Tree mural series, has breathed new life into the Indah UPC building located on Old Klang Road in Kuala Lumpur. 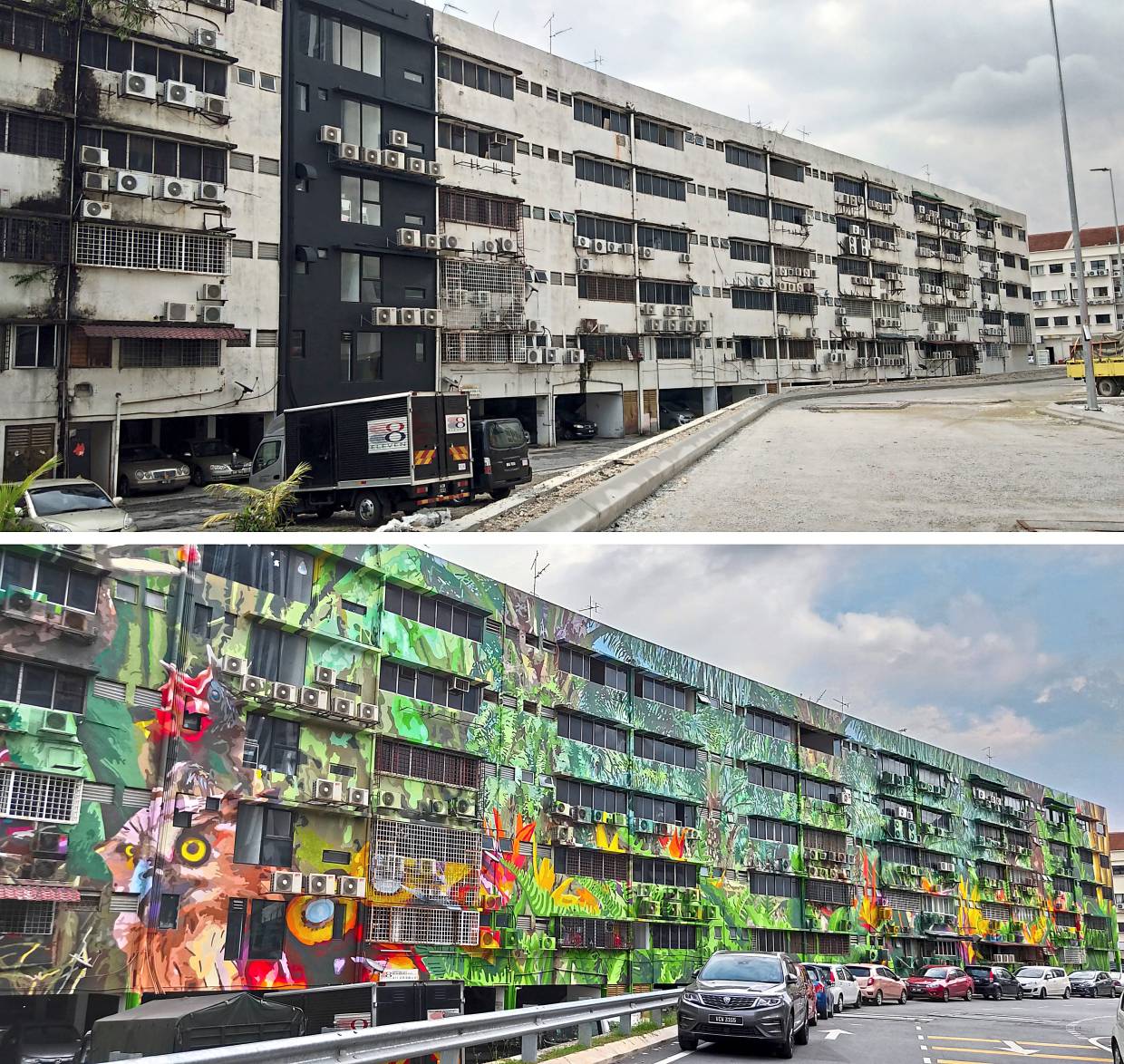 The artwork is based on a palm oil plantation and its flora and fauna.

The freelance design architect, who also teaches part-time at UiTM’s school of architecture, is no stranger to murals, having done several in the past.

His first Tree mural, Tree Of Life, was completed in 2014, followed by Tree Of Knowledge and Tree Of Culture. He also painted a mural in the Academy of Malay Studies at Universiti Malaya.

But Tree Of Hope, commissioned by developer MRCB, is his biggest commissioned painting to date. The mural covers an area of approximately 2,500sq m.

Fadzlan often includes his wife and two children - he has two teenage boys, 19 and 17 - in his mural projects. But for Tree Of Hope, it ended up being a solo undertaking due to their school commitments.

“To me, the oil palm represents the struggle of people who strive to provide a better life for themselves and their families. In a similar spirit, the mural provides a sense of hope for run-down buildings. It may not be the greatest artwork compared to that of prominent artists, but the hidden message is a father’s hardship ... that the impossible is achievable if you put your heart to it, ” he says. 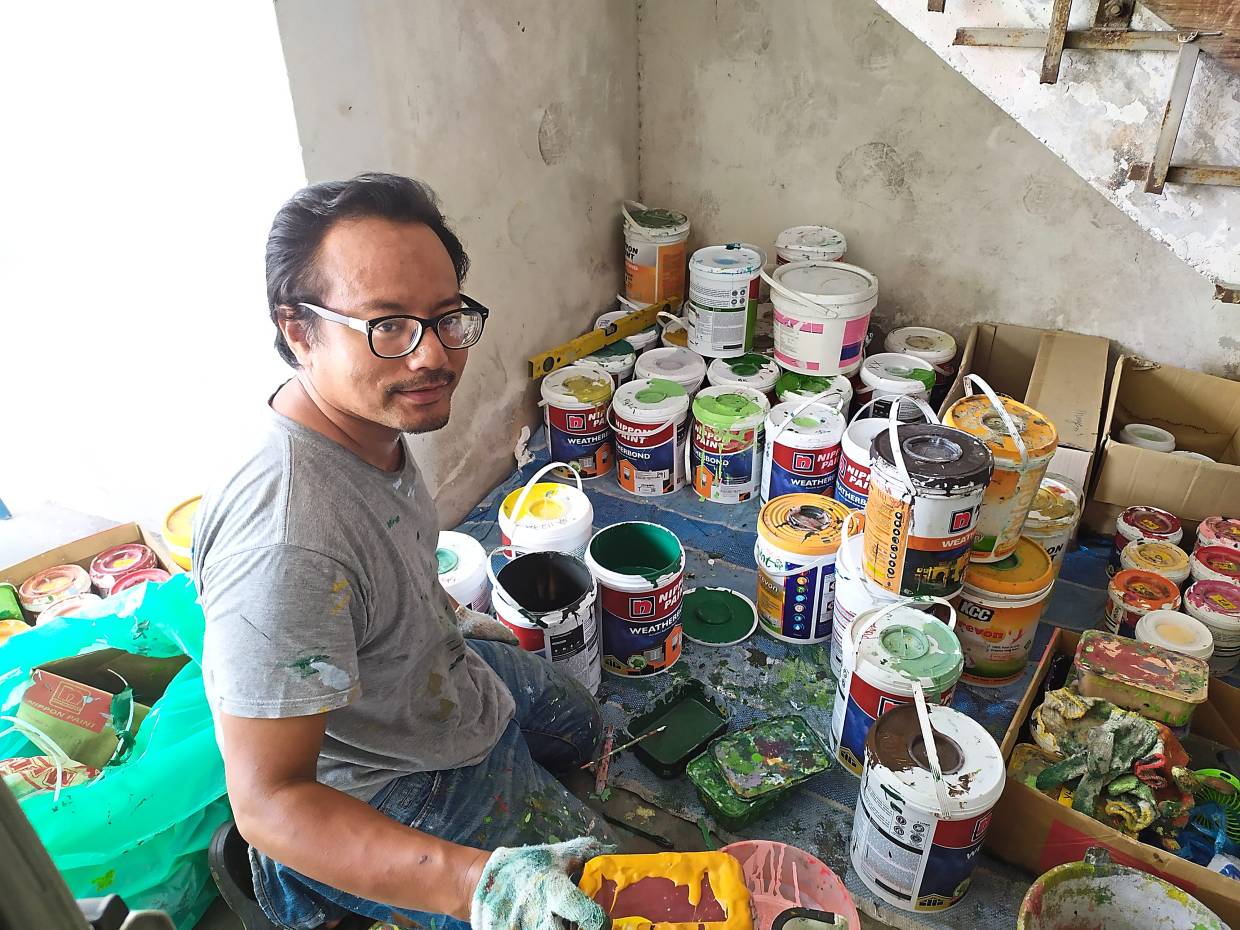 'I would work until midnight and then go home. It did take a toll on me. I often ended up sleeping in my car, just so I could start my day early, ” recounts Fadzlan. Photo: Dipapansembilan Studio

Do with that message what you will, but Fadzlan does have a colourful story to tell about his months of working on Tree Of Hope.

Originally from Permatang Pauh in Penang, he has been based in Shah Alam, Selangor, for the past decade, ever since he came back from Britain where he worked as a design architect in Manchester.

This mural was practically an “all day, all night” project, that saw him leaving his home at 4am to be able to get a headstart on the day’s work before the notorious KL traffic started piling up, and perhaps more importantly, so he could put in as many hours of work before it got too hot to continue.

“The afternoon sun would heat up the wall so much that by noon it would no longer be feasible to work as it would dry up the paint. I would stop for lunch and resume work at 4pm. I would work until midnight and then go home. It did take a toll on me and it wasn’t always easy to convince myself to drive back to the site before the break of dawn each day. I often ended up sleeping in my car, just so I could start my day early, ” he recounts. 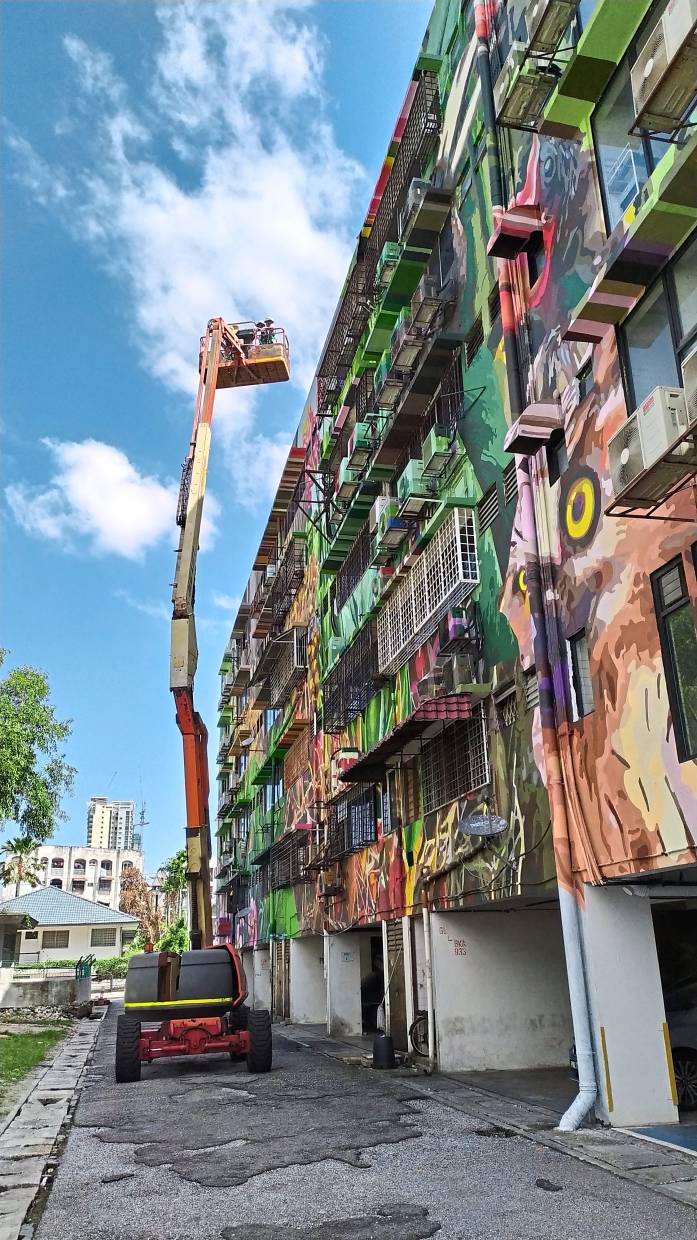 This mural was practically an 'all day, all night' project that saw Fadzlan leaving his home at 4am to be able to get a headstart on the day’s work.

Barring those days where he had lectures, or days where the rain just wouldn’t stop, Fadzlan did not indulge in “rest days”. He relates how he took the morning off during Hari Raya, but was back on site by the evening.

“There were times where I looked at the huge walls of the building and felt like they stretched on indefinitely. It was dreadful! But whenever I focused on the artwork, every single stroke of the brush felt therapeutic and so overall I enjoyed it immensely, ” he says.

Fadzlan was glad when the mural was finally completed. But it seems old habits die hard.

“In the days that followed the completion of the mural, I felt like something was missing from my daily routine. Perhaps I miss the thrill of climbing up those walls! I enjoyed it so much that I am looking forward to hopefully doing even bigger murals, ” he concludes.

Gallery: The Tree Of Hope large-scale mural at Indah UPC 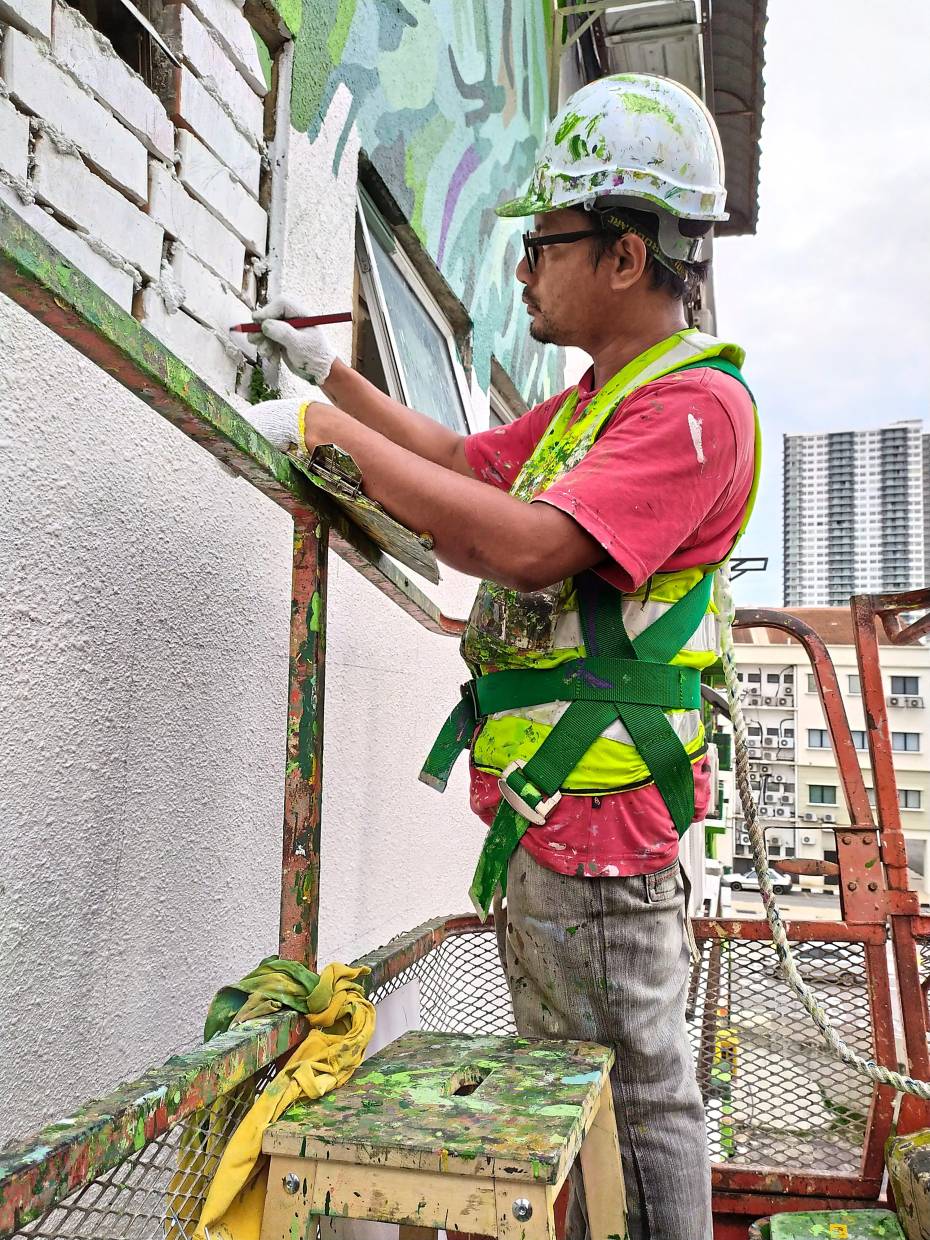 Fadzlan Rizan Johani working on his Tree Of Hope mural at Indah UPC, near near Vivo Residential Suites in Kuala Lumpur. -- Dipapansembilan Studio

'I would work until midnight and then go home. It did take a toll on me. I often ended up sleeping in my car, just so I could start my day early, ” recounts Fadzlan. Photo: Dipapansembilan Studio

Could censored Ahmad Fuad artworks be reinstated due to public outcry?