Could censored Ahmad Fuad artworks be reinstated due to public outcry?

A visitor looks at Ahmad Fuad Osman's 'Missing' posters of Datuk Seri Anwar Ibrahim. It is one of the four works removed from Fuad's 'At The End Of The Day Even Art Is Not Important (1990-2019)' exhibition at NAG on Feb 4. — The Star/ONG SOON HIN

Pressure is mounting on the National Art Gallery (NAG) in Kuala Lumpur to reverse its decision to censor works in an important exhibition that opened in October last year and is still ongoing.

Malaysian contemporary artist Ahmad Fuad Osman had four works from his exhibition At The End Of The Day Even Art Is Not Important (1990–2019) taken down on Feb 4, allegedly for being too political and obscene.

Late yesterday (Feb 16) evening, a “Collectors Petition” signed by 55 art collectors calling for the works to be reinstated was circulated among media. The petition said the collectors would not to lend works from private collections to NAG in future if artworks are going to be subject to censorship by the institution’s board and management.

The strongly-worded petition is a first ever show of public support for a censored artist from the Malaysian art collector community, which has propped up NAG exhibitions through the years by loaning privately owned artworks.

"What has transpired in the last few days relates to accountability and transparency in the management of exhibitions in publicly-funded art museums. According to the artist’s open letters [on social media], the artworks had gone through an approval process with NAG. Their subsequent removal without proper justification is unacceptable and is an impingement on freedom of expression," read the petition, which was addressed to Amerrudin Ahmad, director-general of NAG.

Among the signatories of the “Collectors Petition” are well-known and longtime collectors such as Pakhruddin Sulaiman, Zain Azahari Zainal Abidin, Bingley Sim and Yee Tak Hong, who all loaned works to the Ahmad Fuad retrospective.

The Star also learnt that Richard Koh, a NAG board member who is a prominent gallerist in international art circles, tendered his resignation in protest of the censorship on Feb 13, after an emergency NAG board meeting.

"After hearing and witnessing the arguments and chain of events as documented and decision with regards to the works in question, I found it very disturbing that mistakes are not admitted to and actions are not accounted for," said Koh when contacted in Yangon, Myanmar, on Feb 15 about his resignation.

"It's time for the art community to insist on having open discussions about censorship with NAG. This Ahmad Fuad Osman case has shown that the NAG board has a long way to go in meeting a minimum professional standard in governing a national art institution, especially in being transparent in detailing the reasons an artist is being censored," he adds.

In an open letter posted on his Instagram account on Feb 10, Ahmad Fuad requested that the entire exhibition, which spans three decades of his career, be closed immediately if the works are not reinstated.

“All the works that the curator and I proposed to exhibit at the NAG were submitted for the museum’s consideration and feedback. The gallery agreed to all the works installed. This act of censorship is profoundly troubling and unacceptable,” says Ahmad Fuad, 50.

The artist says he received a written notice from the NAG dated Jan 21 informing him that the decision to take down these four works was made following a complaint from a board member.

The four artworks that were removed are an untitled two-part 2002 work featuring “Missing” poster paintings of Datuk Seri Anwar Ibrahim; an LED panel/UV print on mirror titled Dreaming Of Being A Somebody Afraid Of Being A Nobody (2019); an oil painting, Imitating The Mountain (2004); and an installation work, Mak Bapak Borek, Anak Cucu Cicit Pun Rintik (2016-2018).

A meeting was held between NAG board members and Ahmad Fuad on Feb 13 but no decision came of it.

NAG has reportedly said it will only reinstate three of the four works removed, while Ahmad Fuad is adamant that either all four works be returned or the exhibition be immediately stopped. The show is scheduled to end on Feb 28.
Article type: metered
User Type: anonymous web
User Status:
Campaign ID: 18
Cxense type: free
User access status: 3 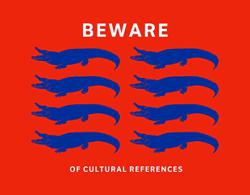