If you were at Ilham Gallery one Saturday afternoon last month, you would have seen a strange sight: a man climbing up and down a bamboo ladder, with something - mesh? metal? - in his mouth. You would have also seen him sitting in a chair and trying in vain to untangle a bunch of cocoon threads, while a bright light shines on him.

Repetitive, solemn and perhaps even nonsensical, this is his reflection on his personal concerns and anxieties, and also how it relates to contemporary Vietnamese society.

“There are subtle messages in these pieces that I would like the audience to feel. It is about my journey and my problems but I think it is also not unique to me. My leaving Vietnam was simply a way to cope with the pressures around me, it felt almost like an escape route, ” he says.

Domestic Bliss is the result of the second edition of Pollination, a programme initiated by The Factory Contemporary Arts Centre in Vietnam that is driven by the need to create critically active and supportive artist-curator-community networks within the region. 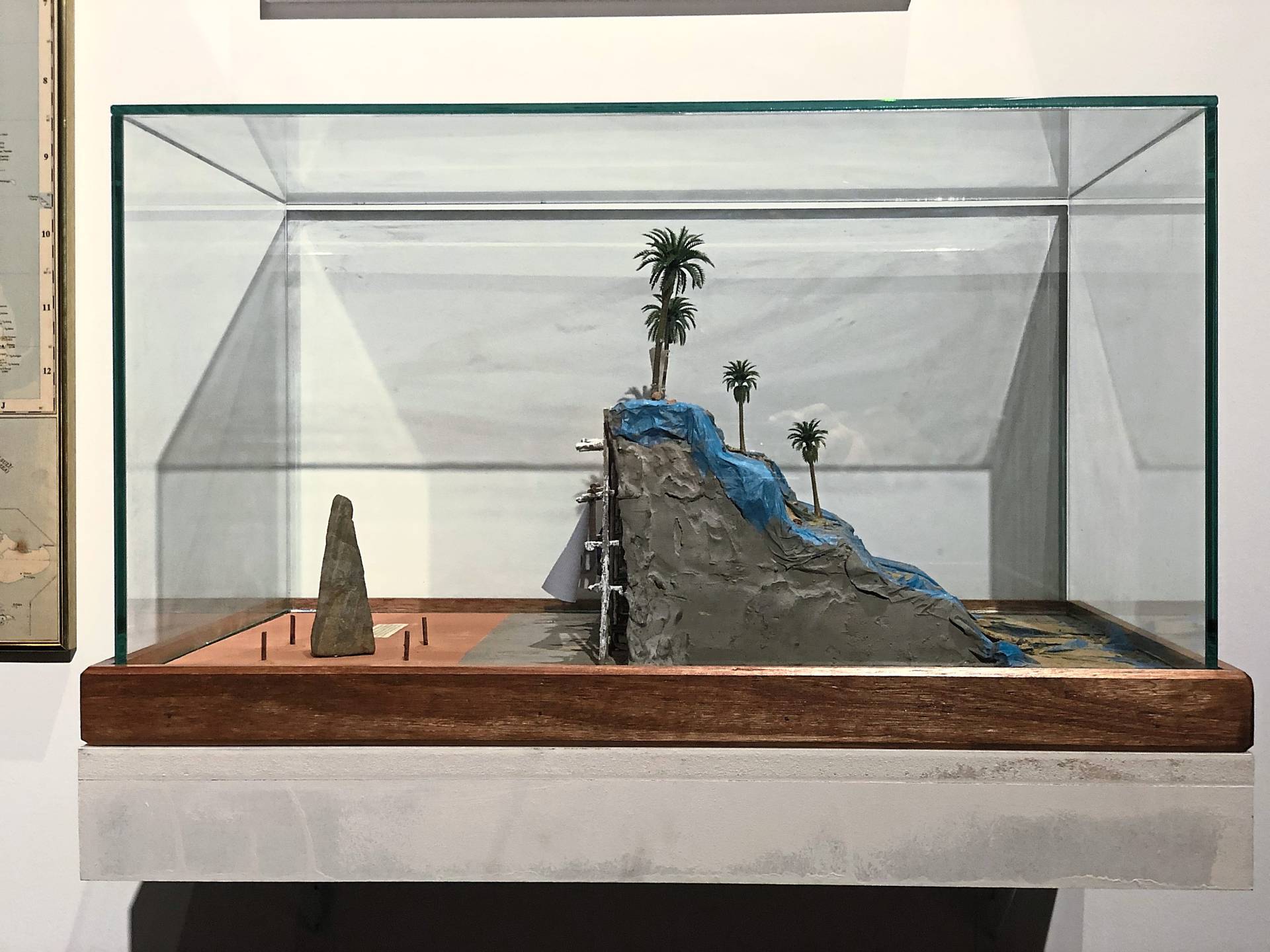 It is envisioned as a long-term exercise that invites additional partners to its network each year to build curator-artist relationships and contribute to the development of arts infrastructure.

Its inaugural edition last year was a Vietnam-Indonesia partnership.

“Pollination is pretty exceptional in that it brings together people from the region and allows us to not just learn from each other, but also take charge of our own narratives and acquaint ourselves with the idea that art, on a regional scale, can be interactive and in synergy with each other, ” says Kat.

She describes Pollination as much as a curatorial as it is an artist programme.

In Domestic Bliss, with its “two curator/two artist” format, visitors can take in the artworks but also get a glimpse into the curatorial process - part of the behind the scenes aspect of the exhibition, if you will.

It is supported by the Cultural Economy Development Agency (Cendana). “Uyen and I are very passionate about introducing the idea of the curator as more than just people who write essays and make sure the lights are in the right places. Curators also raise questions, navigate space and include narratives that may have been overlooked, ” explains Kat.

This is her second curatorial assignment for Ilham Gallery.

In Domestic Bliss, both artists set out to unpack the meaning behind home and belonging, in their own ways.

While Hoang works with performances and a 10-minute video, Izat’s take is presented in a series of seven dioramas and 16 drawings, prints and a map.

In this body of work, he takes on the role of an architect of a Taman Kenangan (Memorial Park) who builds our collective dreams, unfinished as they may be.

The grand plans, harking back to the buoyant spirit of the 1990s where mega-projects were all the rage, are juxtaposed against the desolation of incomplete and abandoned structures. 'Identity and culture are always evolving, you need to live it to keep it alive,' says Izat. Photo: The Star/Azman Ghani

Is this the memory of a nation? And how does this shape our identity?

“When you define culture and put it into a box or on a pedestal, when you try to control it or impose it on others ... that’s when you kill it. Identity and culture are always evolving, you need to live it to keep it alive. Instead of trying to relate to someone else’s experience, or a borrowed or presented experience, it is when it is when you are actually living and breathing it, that it lives on, ” says Izat. Izat's 'Taman Kenangan 8' (graphite on paper, 2019). Photo: Ilham GalleryWhile he looks at the big picture, Hoang’s video work plays on a loop at the other corner of the space, inviting us into his personal sphere.

Shot in his backyard in Melbourne, Waters In The Air documents a conversation over a shared meal between him and his two young children, while suspended in a kayak placed high up in a tree with no leaves.

It is a little strange, a little surreal. But life in that kayak goes on as usual: they talk and laugh, they play games, they have casual conversations. Just another ordinary day, minus the bizarre location.

Hoang has been in Australia for about seven years but doesn’t quite feel at home there. Still, he ponders on the fact that home has always been an ambiguous notion to him.

“I left my hometown when I was a teenager, for big city life in Vietnam. I feel like I have always been in a state of imbalance, ever since my youth. So this video reflects my psychological state, this instability and ambiguity, my attempt to find home, or at least a place where I feel like I belong. I was trying to find some balance in life - and I have to say, I am still searching, ” he shares.

Perhaps home in this sense is never a physical place. Domestic Bliss is as far from bliss as can be, so perhaps the audience could ponder on the price of such an achievement.

Le, who is curatorial assistant at the Factory Contemporary Arts Centre, shares that both Domestic Bliss curators wanted from the start to explore artists who are “very grounded in where they come from”.

“It is nice to see such honest work emerge from them and I hope visitors go into the exhibition with lots of questions and come out with different ones. It is a calm and tranquil space that hopefully gives them room to contemplate and allows them not just to look at the artworks, but also ask themselves very personal questions, ” she concludes.