The sight of contemporary artist Azizan Paiman, in a hazmat suit, smashing a toilet seat in front of Muzium Darul Ridzuan's entrance in Ipoh last weekend might not have been your usual opening ceremony art event.

However, it did enough to gain an enthusiastic applause from a crowd gathered to witness one of the early performances to coincide with the recent launch of the Ipoh International Art Festival 2019 at the museum.

The festival curators aimed for an artist-forward vision throughout its programme.

Paiman, if you might say, duly obliged. No softening of artistic statements. An exhibit area featuring Saiful Razman's installation work 'Vanish' (2018) and Jamal Zakaria's wire mesh sculptures 'Si Taring Ajar Menyalak' (2019) at Muzium Darul Ridzuan. Photo: The Star/Daryl GohWith support from the Percha Art Space group, he found a way to drive home the point of there being too much noise and collateral debris when it comes to climate chatter and other pressing issues. Instead, this collaborative performance art piece called Si... Tua... Si captured a different take to the crisis – less talk, more action.

"Climate is not so much about the 'weather' in this work. It's more about the mood and atmosphere surrounding a 'crisis' - be it climate, culture or politics. This work is meant to cut through all the noise," said Paiman after the performance.

"Make a break from a clogged up system. It's how people have been beaten down by empty rhetoric and confused by what's on the daily news. You sweep up after yourself, you make the change now," he added.

A glance at the Ipoh International Art Festival's programme schedule will tell you that art - as uncompromising as it can try to be in Malaysia - is central to this multidisciplinary festival, which tagged on "Climate" as its official theme.

The festival's Climate art exhibition is showing at Muzium Darul Ridzuan until Dec 15. It has already exceeded expectations with nearly 2,000 visitors registered last weekend. A steady crowd has been streaming in over the last few days.

In all honesty, Climate could possibly be one of the best exhibits outside the Klang Valley this year, and who would have thought that Ipoh was capable of attracting an impressive roster of artists. 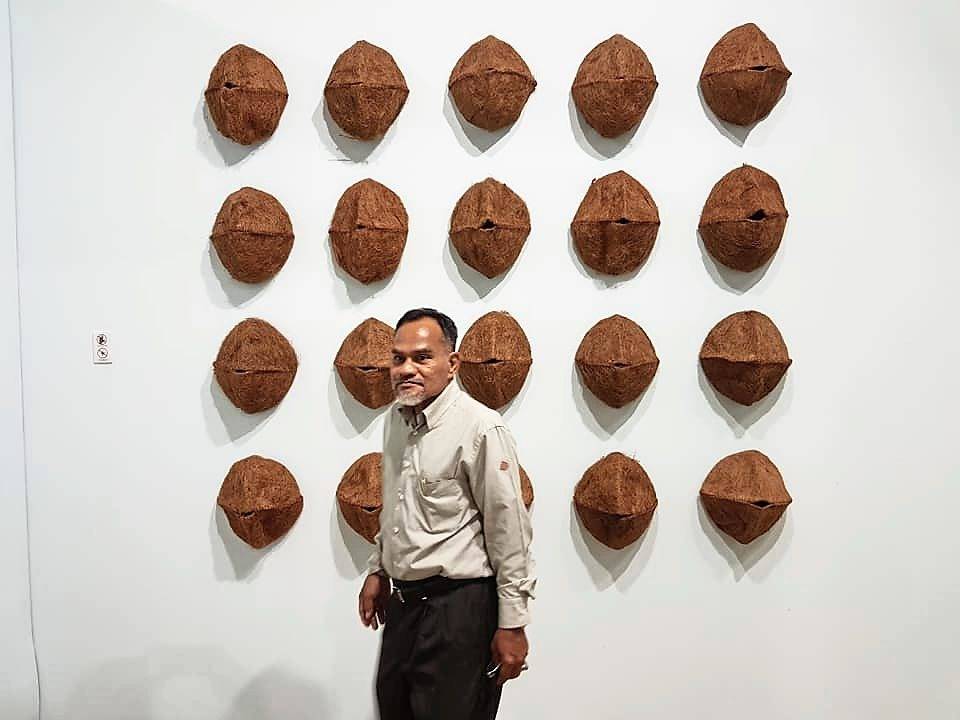 A visitor walks past Bibi Chew's new work 'Where Have All The Voices Gone?' (fibre and thread, 2019). Photo: The Star/Daryl Goh

"This exhibition provides a communal space for each artist's' proactive participation as an agent of change," said Nur Hanim.

On the subject of environmental art initiatives, Kuching-based collective Aftermath Thinker adds a direct action element to the exhibit, featuring a plastic waste statue. Its art booth on the use of upcycled and reusable materials serves as an accessible entry point for the masses to come into this exhibition.

"Climate" can also come to reflect on a sense of place and cultural perspectives, where community cohesion isn't always smooth.

Muhammadsuriyee's shadow puppets offer a conversation on ethnic Malay identity and struggles from Southern Thailand's tumultuous Patani Region, while Ahmad's ceramic installation discusses how a sense of belonging can never be a given in the migrant experience.

"These artworks are not just fodder for Instagram, and neither do they capitalise on or sensationalise climate issues. They sound alarms - clear and sensitive - in the chaos of the world's current climate," reads the curatorial notes.

Today, there is very little distance between the ordinary public and issues of climate change. Some of the new art pieces at the Ipoh International Art Fest give us a sense of this proximity, where community-based work between artist and the public is shifting from singalong passive to the aggressively pro-active. 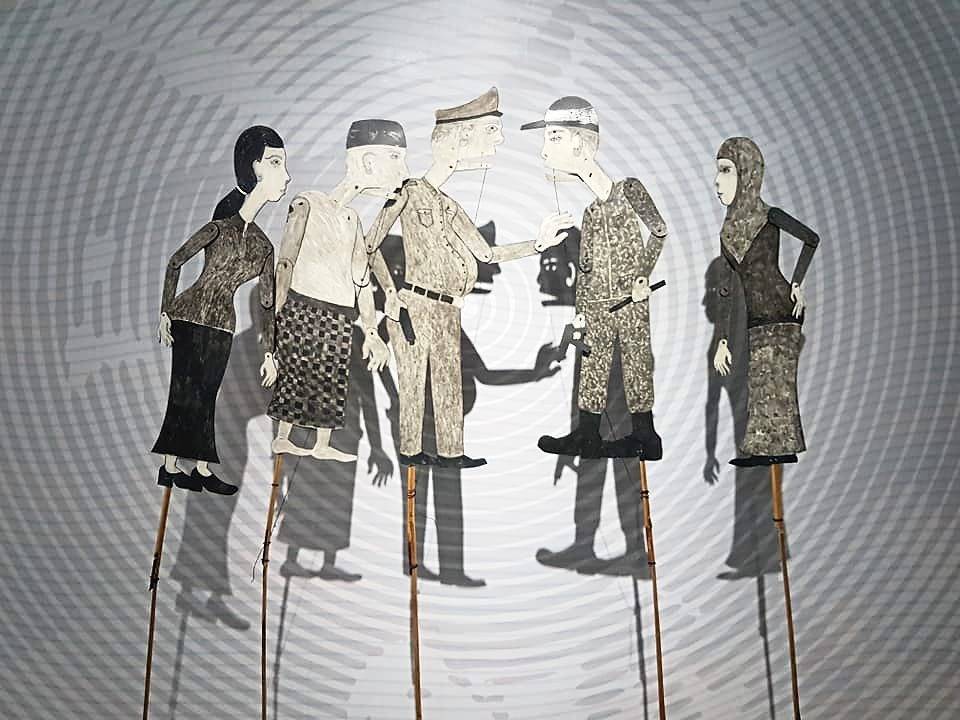 "I feel the need to show up fully in the climate movement, whether as an artist, activist, organiser, educator, citizen - all of these roles either separately or simultaneously according to what’s most useful. I think the urgency requires us to have clear purpose when we engage community through art," said Chin.

A curious-looking wall installation called Where Have All The Voices Gone? from Chew captures the sound of silence, perhaps also a reflection of how climate whistleblowers are muzzled or how sensible political voices have disappeared.

"In this body of work, the 20 fibre moulds are stitched together, forming facial features. When it comes to climate issues, voices can get buried in this whole landscape of environmental, political and societal uncertainty," said Chew.

What is certain is this entire week-long festival has definitely put Ipoh's name out there as a Malaysian city with huge potential when it comes to the creative arts."The first step is the most important one, and the driving forces behind the festival must be given support," said Ahmad Fuad, who contributes an untitled site specific installation, encouraging viewers to lead, not follow blindly.

"If a good team is in place, the festival can grow. People will be paying attention to what Ipoh can offer when it comes to the arts. If KL doesn't have it, the region and beyond will be looking elsewhere in Malaysia to establish artistic connections," he concluded. 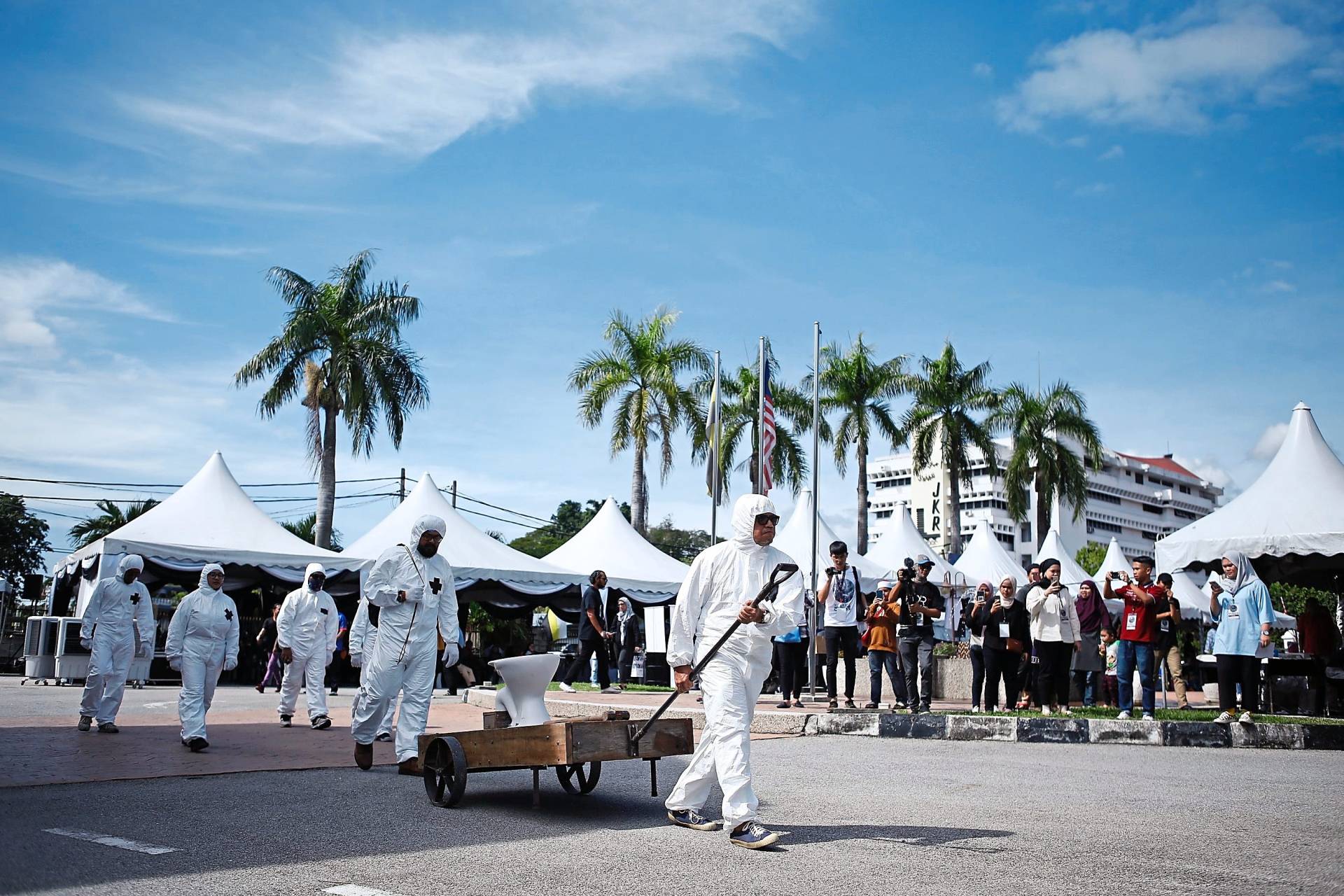 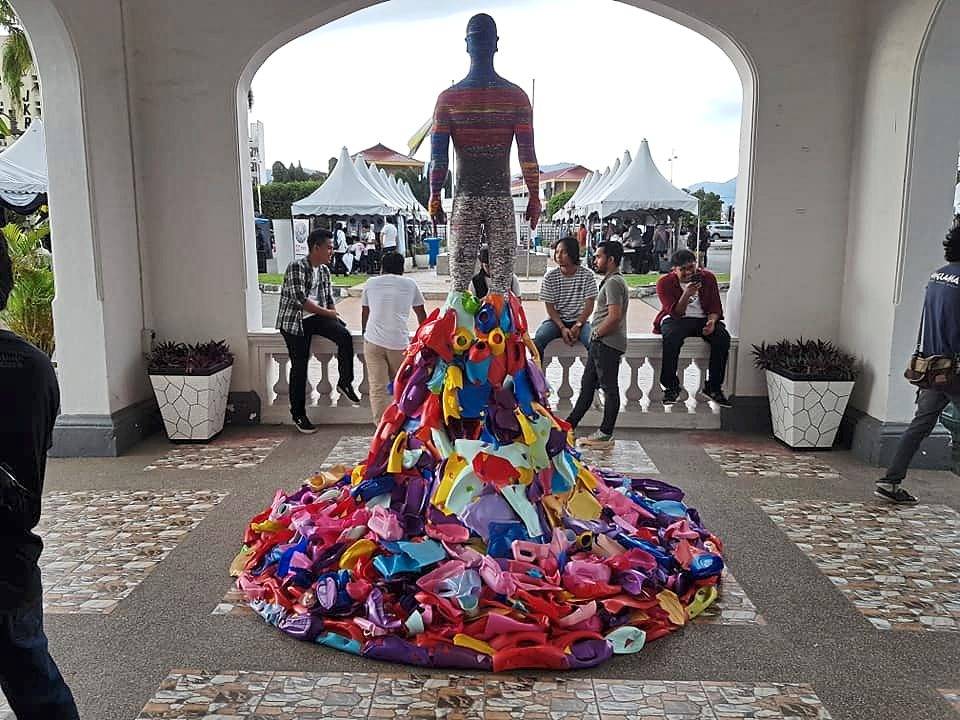 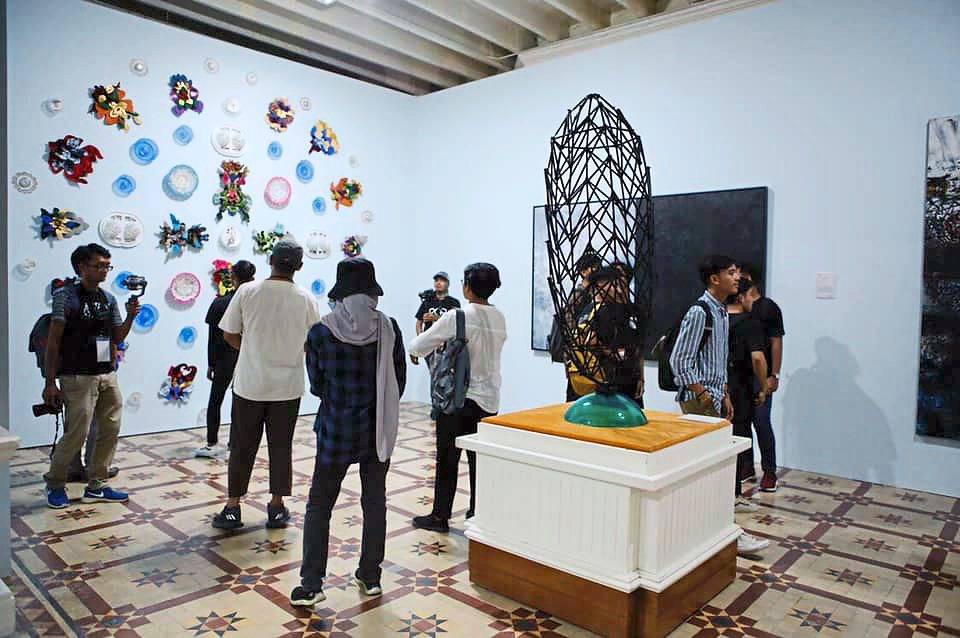 Cheng Yen Pheng (right), this year's winner of the UOB Painting of the Year (Malaysia) award, talking about the process of paper making and making art. Her work 'Grass Weeding' (pictured) is part of the Climate exhibition. Photo: Handout

A recycled e-waste work called 'Climate Change Is Real' (2019) by Nor Tijan Firdaus.

A visitor walks past Bibi Chew's new work 'Where Have All The Voices Gone?' (fibre and thread, 2019). Photo: The Star/Daryl Goh