To this day, local chef Isadora Chai has nothing but fond memories of her late father, famed criminal lawyer David Chai. David was an extraordinary soul – an independent-minded maverick who hunted (something he taught Isadora to do too), fished, painted, built an extension to his home by himself, spoke fluent Latin and had two degrees – a physics degree and a law degree.

“Yeah, my father spoiled me for other men. He set the bar very high, but thankfully my husband reminds me of him. He is very manly and into carpentry and he’s very intellectual like my dad, ” says Isadora, laughing.

David also passed down his inherent passion for food to his daughter, a double degree holder who majored in biochemistry, biotechnology and marketing before switching gears to become a celebrated chef who now helms her own restaurant, fine-dining haunt Bistro a Table. 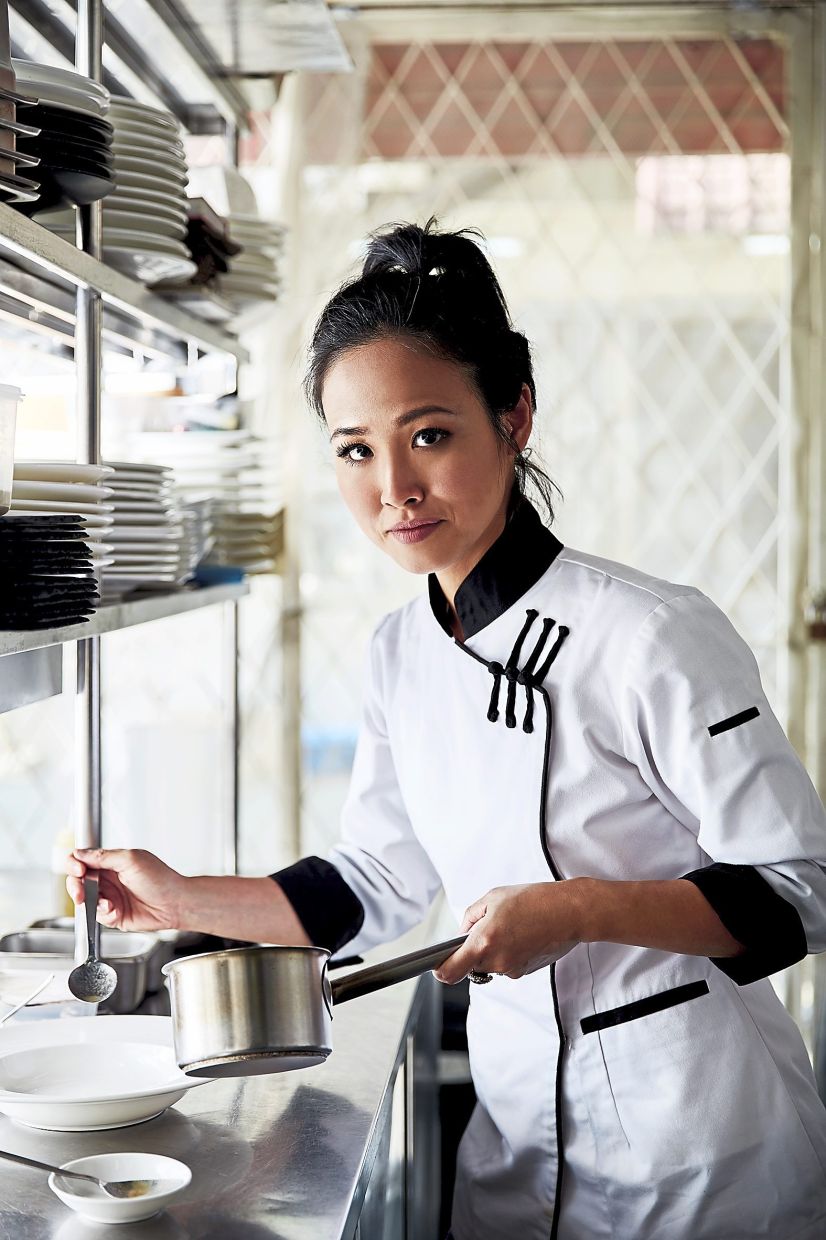 Isadora and her father bonded over food and he got her actively involved in cooking when she was just four years old! — Photos: ISADORA CHAI

A talented cook, David often used to whip up elaborate feasts for the family when he came home on weekends (he worked in Ipoh and the rest of the family lived in KL).

“My dad was born in 1935, so he experienced World War II, and the Japanese occupation. So he was a natural hoarder when it came to food. He loved cooking and we would have really elaborate full English breakfast fry-ups with smoked haddock and smoked oysters, because he studied and lived in the United Kingdom for quite some time, so he was quite influenced by British and European culture, ” she says.

“When he travelled from Ipoh to see us, he would take the coastal road and he had grateful clients along the way who gave him a lot of seafood, so he would always come home with huge lobsters, abalone and tiger prawns. So every weekend, we would have fresh, fresh seafood and he would cook a huge banquet with like eight dishes for four or five of us!” she says.

As her father loved cooking so much, it was only natural that Isadora herself started picking it up at a young age, under her father’s watchful eye.

“I remember when I was four years old, my dad would prop me up when he was cooking and I would stir-fry meals with him. One of the first ‘toys’ my father gave me was a small baby frying pan and a serrated knife!

“So I started cooking myself from then onwards. We had a Chinese nanny who also cooked meals for us, but I was so fussy that I would take my food back to the kitchen and re-cook it – like I would put more garlic, or more butter and then come back out and eat it again, ” she says, giggling.

In her teens, Isadora went to school in Singapore (she was an Asean scholar) and it was only when she was there that she realised that her family’s eating habits were really quite unorthodox, a lesson she discovered rather painfully.

“I ate so much lobster and abalone when I was growing up, that I naively thought it was cheap! When I went to Singapore, I was so homesick and I invited a few friends to go with me to a Chinese restaurant. I cannot read Mandarin, so I didn’t know what the words on the menu meant, so I just ordered lobster and abalone and other seafood and when the bill came, it was like S$600 (RM1850 based on the current exchange rate) and I had to pay! After that, I called my parents and said, ‘Why didn’t you tell me lobster was so expensive?’

“Needless to say, I had used up all my allowance and my parents refused to give me more money, so I ended up having to eat instant noodles for the rest of the month!” she recalls, laughing heartily.

As she grew older, Isadora – like her father – enjoyed cooking so much that she too would whip up huge feasts and by 12, she was already inviting her friends over for dinner parties at her home.

“I love cooking, so even when I was back in Malaysia, my dad would take me to TMC (a local supermarket) and I would get whatever ingredients I wanted. And like my dad, I would cook enough for 10 people, so I would call my friends over to eat, ” she says. 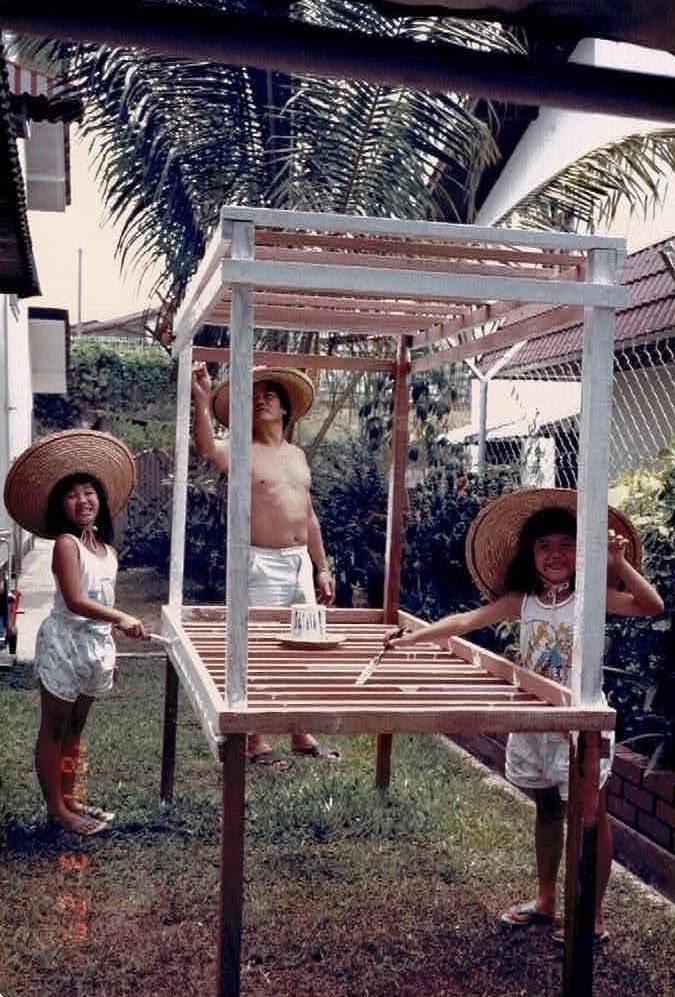 David was a very hands-on man who enjoyed carpentry and even built an extension to his home by himself.

David passed away over 15 years ago, but Isadora continues to pay homage to him in many ways, including through food. These days, the despair caused by the pandemic has made her turn to the food that comforts her the most in dark times.

Which is why the French dish, lobster Thermidor, (one of the dishes her dad made over the weekends in her youth) has made a reappearance on the menu at her restaurant Bistro a Table.

“When I feel homesick, I cook my dad’s lobster Thermidor – it’s nostalgic and it’s my comfort food. It has been a depressing time so I now have the dish on my menu and I myself eat it all the time, ” she confesses.

Ultimately, Isadora says nearly all her memories of her charismatic father come back to their shared interest: food.

“It’s always been food-related – either us cooking together, hunting together or eating together. Even eating out with my father was the best – he had a unique superpower (which I inherited) which is that he always knew how to order the best things on the menu, anywhere we went, ” she says.

David also had an adventurous spirit when it came to food and Isadora said this often resulted in fun, quirky food odysseys that veered off-the-beaten track.

“Once we did this food adventure where we hopped on the highway and just randomly followed trucks on their journey up north. His theory was that truck drivers knew where all the best food was, so we would just stop and eat wherever the trucks stopped. It was so random, but his theory was right!” she says.

Isadora says she will soon be imparting all the food lessons she learnt from her dad to her 17-month-old son and she expects him to live up to the family’s food legacy.

“Oh yes, he’s going to be washing dishes in my restaurant kitchen in a few years – and that’s just to start with, ” she says, laughing. 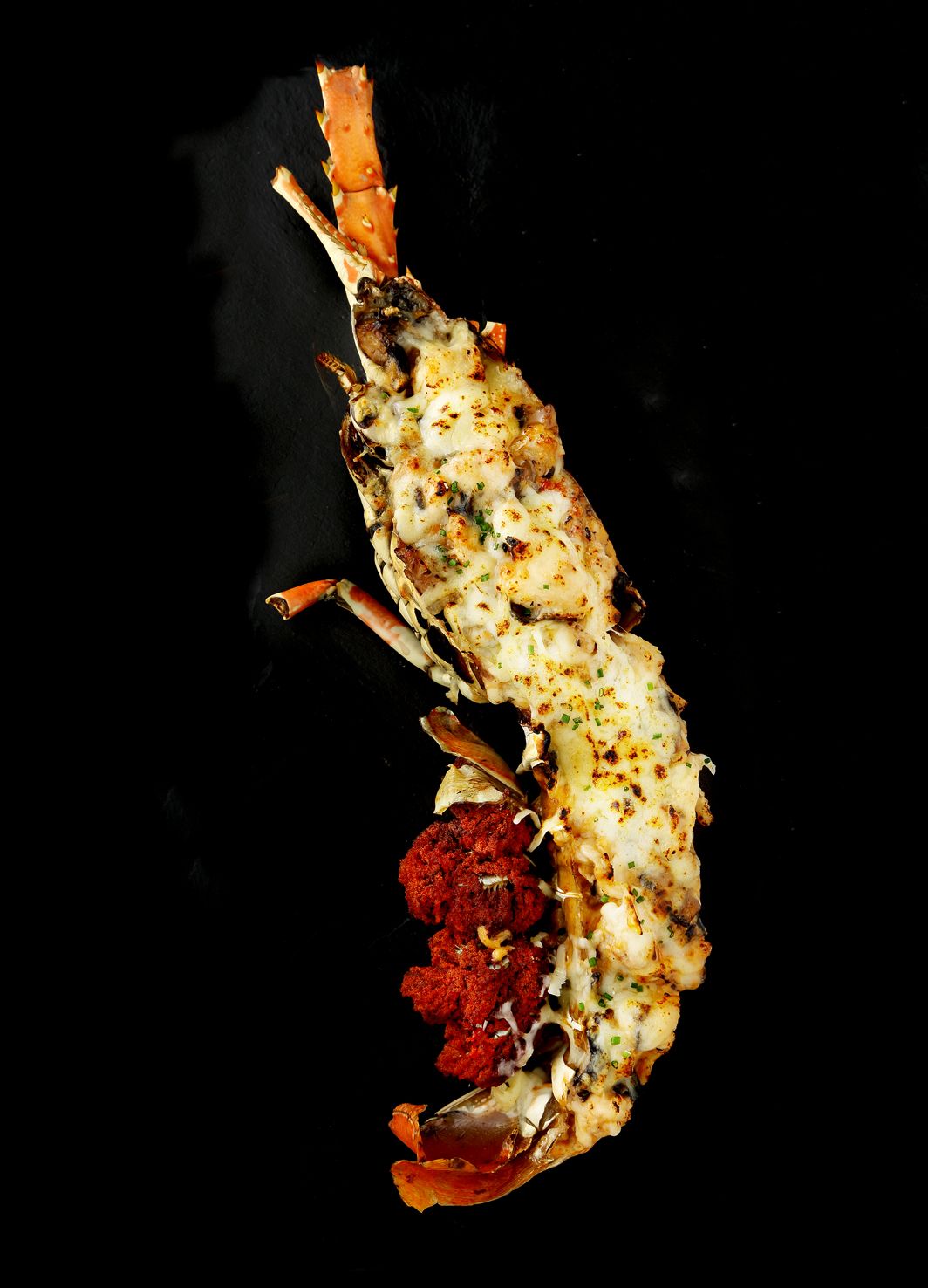 Simmer all the above ingredients in a large stockpot until it starts to boil. Place the lobster meat in a sieve and plunge the sieve into the poaching liquid until just cooked. Set the cooked lobster meat aside.

Rub the lobster coral and green matter through a fine sieve and discard the rest of the rough contents. Blend this with the mustard, egg yolks, cream and pepper with a whisk. Set aside.

In a large saucepan, melt the butter and add in the plain flour. Bend together with a whisk and continue to cook for about 2 mins until the mixture starts to froth and bubble (but avoid the mixture from browning). Remove the saucepan from the heat and whisk in the hot reduced poaching liquid. Simmer over low heat until it thickens slightly for about 1 minute.

Place the mixture in a large bowl and gradually whisk in the lobster mustard into the sauce. Return the sauce to the saucepan bring to boil while stirring it to prevent the bottom from burning. If the liquid is too thick, you may thin it out with more cream. Season with salt and pepper to taste.

Cut the lobster into 1cm cubes.

In a frying pan, melt the butter and sauté the lobster meat. Add the cognac and boil for 30 seconds. Remove the lobster meat from the pan and continue to boil the liquid until it reduces to 5 tbsp. Strain this liquid into the lobster sauce.

Mix the sautéed mushrooms and lobster meat into 2/3 of the lobster sauce.

Fill in the baked lobster shells with the mixture and top with Gruyere cheese.

To serve, bake the lobster shells for about 15 minutes until the mixture starts to bubble and the cheese starts to brown. Serve immediately on a serving plate,

Are you cooking your green beans properly?
Old favourite from Malay kitchen never fails to wake up the palate
Meet Italy's top wine consultant, who counts the Pope as his client
Homesick Malaysians get family members to courier food from their hometowns
Miss your hometown's food? Many are now online and can even deliver to you!
KL hotel expands delivery menu from its restaurants
Rich mutton bone curry
Malay delights to enjoy at home
From kerabu to vindaloo: There's more to Straits-born cuisine than you think
Drop scones with a royal touch