A brief history of Indian pickles 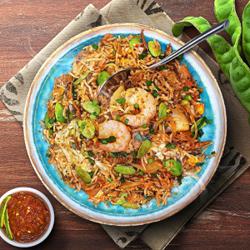 Indian pickles have been around for thousands of years, but the practice of making homemade pickles is dying out among younger people in Malaysia. — Photo: SHARMINE SEH

In India, achar (which means pickle in Hindi) has been a staple for thousands of years. The sharp, acerbic, sweet, spicy, salty condiment which typically accompanies Indian meals has its roots in BCE 2030 in the Tigris Valley. It is here, according to the New York Food Museum’s pickle history that cucumbers native to India were first pickled.

Over the centuries, achars have continued to be ever popular, with common variants like young mango, lime, ginger and gooseberry reigning supreme. Pickling is also a popular way to preserve the shelf life of vegetables, seafood and meat, which means achars typically travel well. Indian-style pickles are also utilised to jazz up everyday meals – adding hits of saltiness, tanginess and spice to otherwise lacklustre victuals.

The sheer variety of pickles on offer can differ greatly in technique and even terminology, depending on the regions in India.

According to an article in livehistoryindia.com, even a simple mango pickle can take on many incarnations, “from the Gujarati/Maharashtrian sweet chunda style, or as the garlic-chilli laden avakai (popular in Andhra Pradesh); the spicy aam ke achar eaten in Uttar Pradesh or the thokkus of the south and the rare bottles of Parsi buffena (made from whole, ripe mangoes).”

The methods used to pickle the core ingredients can include preservation in salt, vinegar or oil. The type of pickling is also hugely dependent on the origin of the pickle – pickles from north India for example, are typically pickled in mustard oil while south Indian pickles more commonly incorporate the use of sesame oil (Indian gingelly oil). Some recipes even call for more than one pickling method.

In Malaysia, first and second-generation immigrants who arrived from the Indian sub-continent in the early 20th century continued making and imbibing pickles in their new homeland. But over the decades, the practice of making homemade pickles has died out somewhat among younger people with little time or inclination to make these laborious side dishes that are not necessary additions to the table.

Still, pockets of hope exist as a few young local home business owners have turned their hand to curating and making small-batch Indian pickles, in the hopes of generating interest in the humble achar. 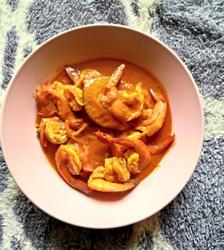 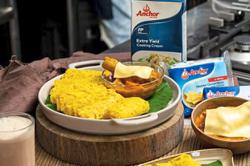