In these pandemic times, many customers are opting for takeouts. — Bloomberg

It is the first day of the conditional movement control order (MCO) in Kuala Lumpur, Selangor and Putrajaya, and Gopalan Menon is analysing the revenue for the day from The Loaf outlets (five in total) that he oversees in the Klang Valley.

“The revenue is about 10% of a really bad day. Argh, my heart is in my mouth actually! I hope it isn’t like this for the next few weeks, ” says the chief executive officer of Duke Dinings, clearly a little upset.

Gopalan’s anxiousness is not without warrant as he and all his F&B comrade-in-arms have once again been thrown into a challenging situation, one that they must work hard to survive in the coming weeks.

Gearing up for CMCO part two

On Monday, October 12, the government announced that another conditional MCO would be imposed in Kuala Lumpur, Selangor and Putrajaya.

For restaurants, things are a little different this time around as dine-ins are still allowed, although only two people can sit at small tables and a maximum of four at big tables (five in Selangor). Additionally, takeaways and deliveries are highly encouraged.

For many restaurant owners – especially the ones with outlets in malls – the writing has been on the wall for weeks now, as patronage dropped tremendously when Covid-19 cases started soaring. In many ways, the conditional MCO is just a reinforcement of what was already set in motion by the virus figures. 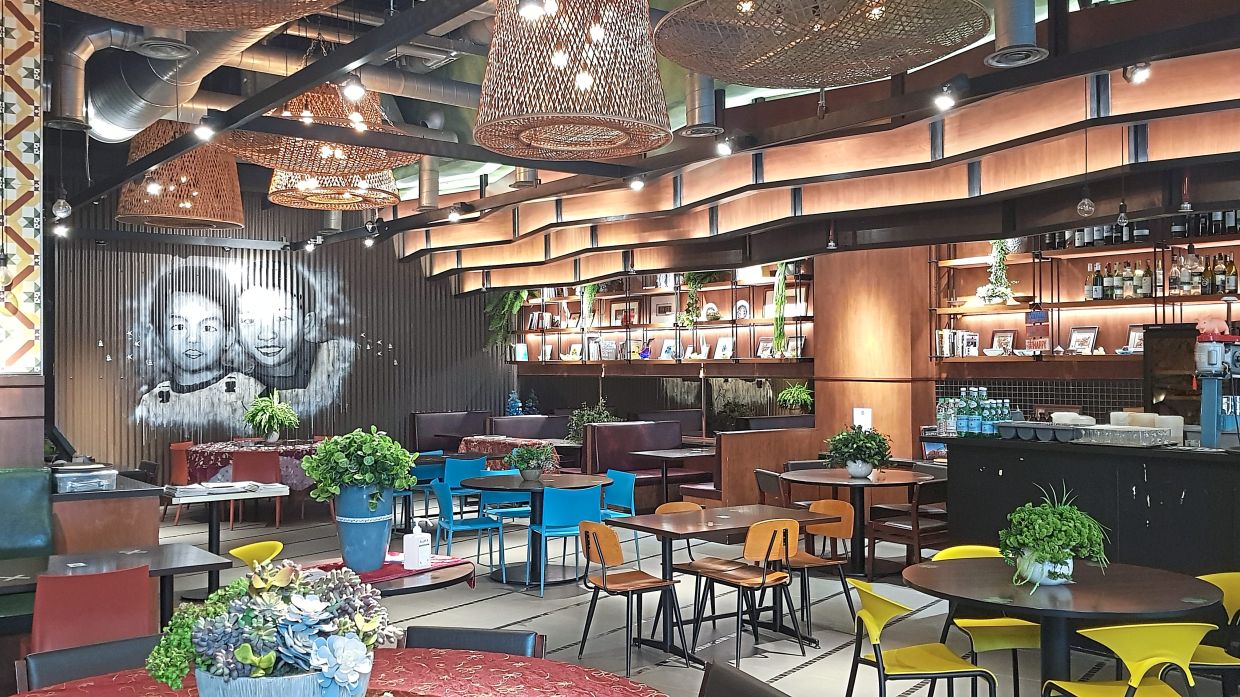 Most restaurants in malls have been virtually empty in the weeks leading up to the conditional MCO. — NICHOLAS LEE

“Even before the announcement, business has been pretty horrendous in the last two weeks since the Covid-19 numbers started going up and malls everywhere reported cases of people contracting the virus.

“We really suffered at night-time – that was when we saw the real impact. Having spoken to neighbouring tenants, we knew things were really bad all round, ” says Nicholas John Lee, the owner of family-run eatery Chuck Two Sons, which is in MidValley Megamall.

Lee’s views are echoed by Tony Lim, who runs the Boat Noodle chain of restaurants, which are primarily located in malls around the Klang Valley.

“In the days leading up to the conditional MCO, we were seeing 50% reduction in customers. I think it started as a trend because the loan moratorium ended, so people had less disposable income and at the same time, the Covid-19 cases started going up as well, so it was a double whammy, ” he says.

The impact of the rise in Covid-19 cases doesn’t seem to have been as tangible with stand-alone restaurants located away from malls. Tay thinks people are far more likely to eat out at stand-alone restaurants than eateries in malls. — TAY HUI YING

Tay Hui Ying, the director of marketing for the Platform Hospitality Group, which owns restaurants like Botanica + Co and French fine-dining eatery Entier says they had a few cancellations when Covid-19 cases went up, but otherwise their restaurants have been booked out weeks in advance for the past month or two, so people on the waiting list ended up getting those tables anyway.

“I think we definitely have an advantage over restaurants in malls. During these Covid times, I think in general people are avoiding malls and would look for restaurants they are confident about dining at, ” she says.

But Tay and many others like her have been through this before.

In fact, the first edition of the MCO was far, far worse.

Which is why many F&B entrepreneurs are utilising all the tools they learnt then to get through the conditional MCO.

For many F&B businesses, the MCO was a curveball, one that got thrown at them with little to no warning.

In many instances, it was a sink-or-swim situation and many had to quickly think on their feet, a skill that they will be re-employing now.

Lee, for instance says he has realised that having constant promotions on food delivery portals like GrabFood and FoodPanda is key to maintaining visibility and attracting new clientele during tough times. 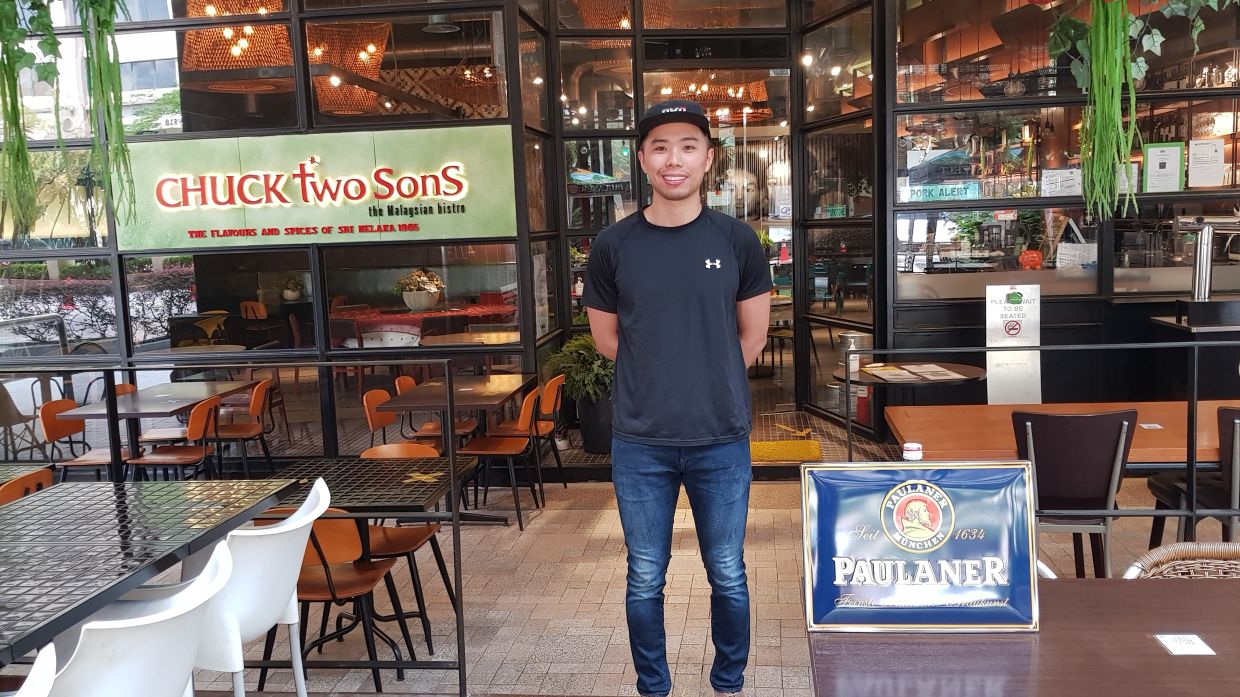 “With online delivery, when we have promotions, the platform gives us visibility to new customers and that drives traffic to our restaurants. I have found that these promotions are a big help, because online orders actually drop by 30% to 40% when there are no promotions. And even if delivery platforms take a high commission (up to 35%), at this point, it is more about surviving, ” he says.

Most restaurants also opt to heavily edit their inventory to ensure there is little to no food wastage, as this leads to money down the drain. 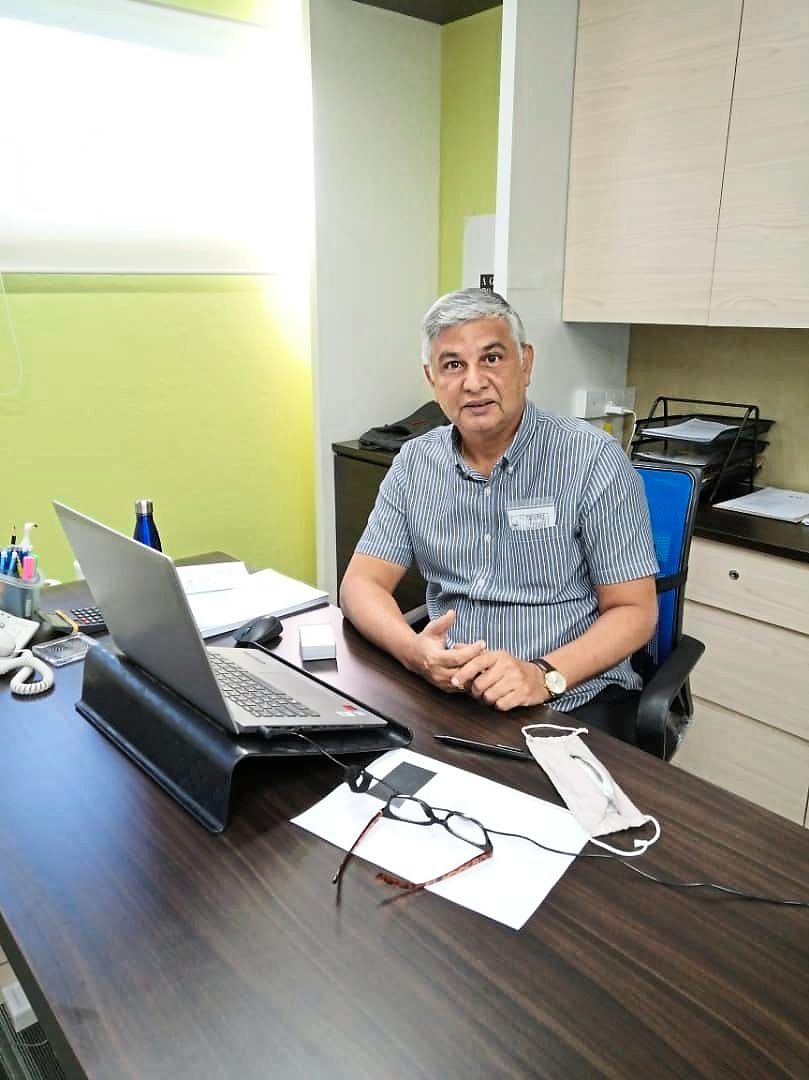 Gopalan says the first day of the conditional MCO has seen malls bare of any human presence, but he is hopeful that things will get better. — GOPALAN MENON

“For us, we need to be very careful with our food production because we don’t want wastage – it just adds to losses. So we will be producing less and going on a day-to-day basis.

“We also do WhatsApp pre-orders so this helps us make only what is required, ” says Gopalan.

Eateries have also had to find ways to cut costs, from moving to smaller offices to becoming more efficient in terms of manpower.

In fact, many businesses have since discovered that similar results can actually be attained with fewer people. 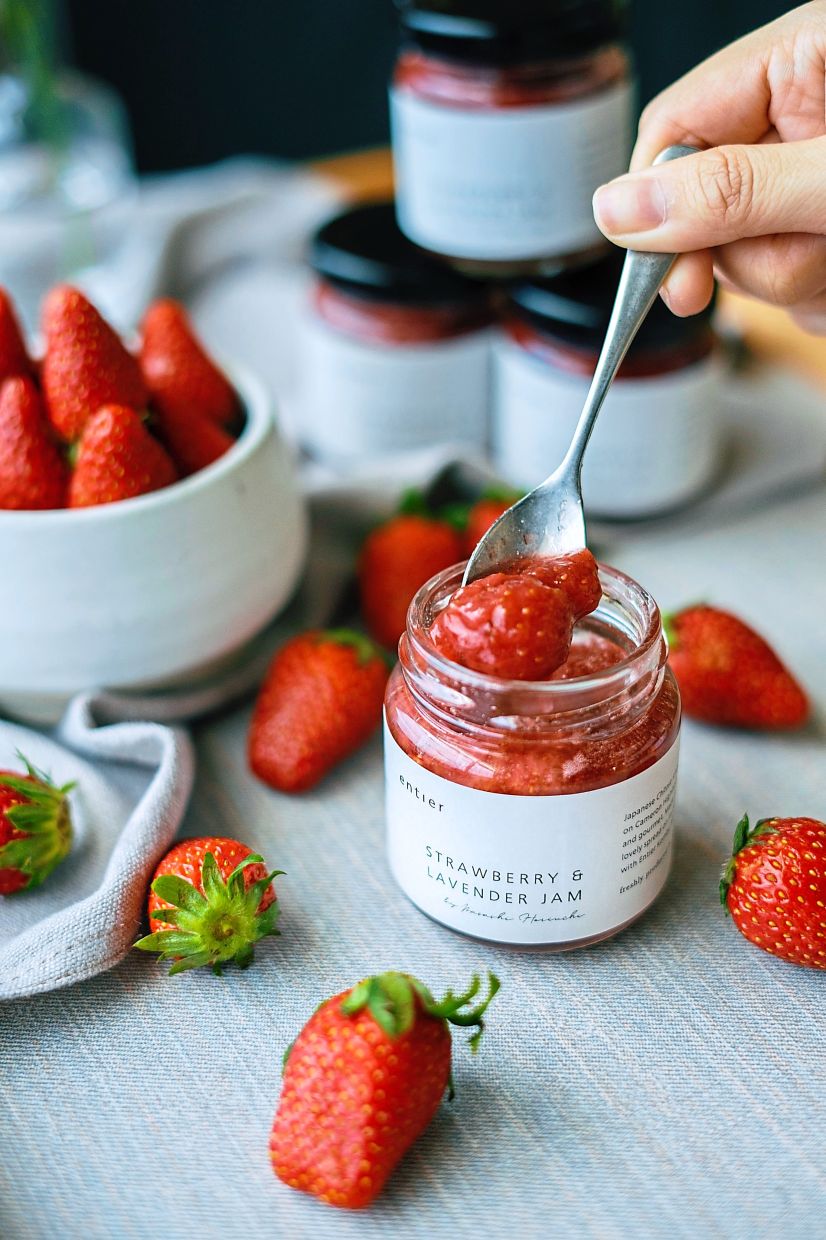 During the MCO, many restaurants pivoted and started offering diverse products like jam, butter and bread to complement the usual menu offerings. — TAY HUI YING

“A crisis like this pushes us to our limits – initially we might have thought that to do X amount of sales, we need 10 people, but now we have learnt how to achieve the same results with six people, ” says Kevin Phuah, the executive director of Stellar Signature Holdings Sdn Bhd, which runs 19 Go Noodle House outlets in Malaysia, as well as Stuff’d, a popular chain of burrito eateries.

Many restaurants have also learnt to diversify their income stream, expanding from purely menu-based options to selling and bottling everything from in-house pesto to butter.

“During the MCO, our strategy was to sell things that people would naturally want to eat at home, like cooking kits, set meals and even gourmet products like jam, butter and bread.

“As a result, we accidentally discovered that there was a market for gourmet products, ” says Tay.

Although the tools they have picked up over the past few months have been useful building blocks to handle the pandemic, this time around, things are a little different, especially as the Covid-19 figures have never been higher. It means that restaurant owners have to balance the demands of running the business on a reduced capacity against the very real risk to their staff and themselves.

And so perhaps the most important decision many restaurant owners have to make now that the conditional MCO has been imposed is whether to open for dine-in at all.

For restaurants in malls for example, traffic has slowed to a halt and most restaurant owners don’t believe people are desperate to dine out in malls. 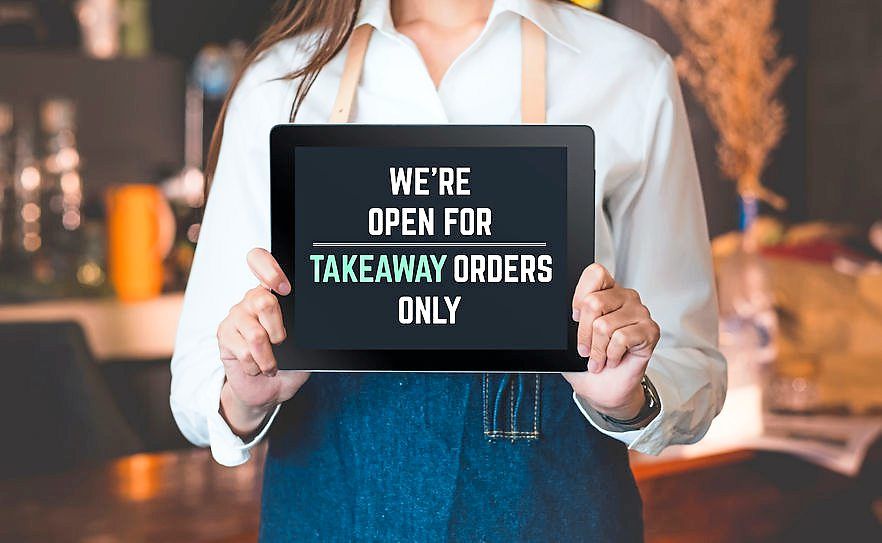 Some restaurants are focusing on their take-away and delivery business while weighing the risks of allowing dine-in within their premise.

Lim, for instance, is focusing on deliveries for the next week, while he and his team deliberate whether or not to open their outlets for dine-in.

“We have to say thank you to the government for allowing dine-ins, but we also have to scratch our heads trying to figure out how to make it work.

“First, people cannot travel across districts and second, I don’t believe people will want to go to malls to dine-in. So whether we should open for dine-ins or not is a big question.

“This time around, some of us are going to tell our landlords that we will take our time coming up with a decision because at best we can expect to do 10% to 20% of regular business with both dine-in and delivery, ” says Lim.

For his part, Phuah has decided to only open Stuff’d outlets for takeaway and delivery. “We are not doing dine-in. Stuff’d products are grab and go-friendly, so it is easy to take away which we encourage during this tough time and it also offers better protection to our staff at the same time, ” he says. 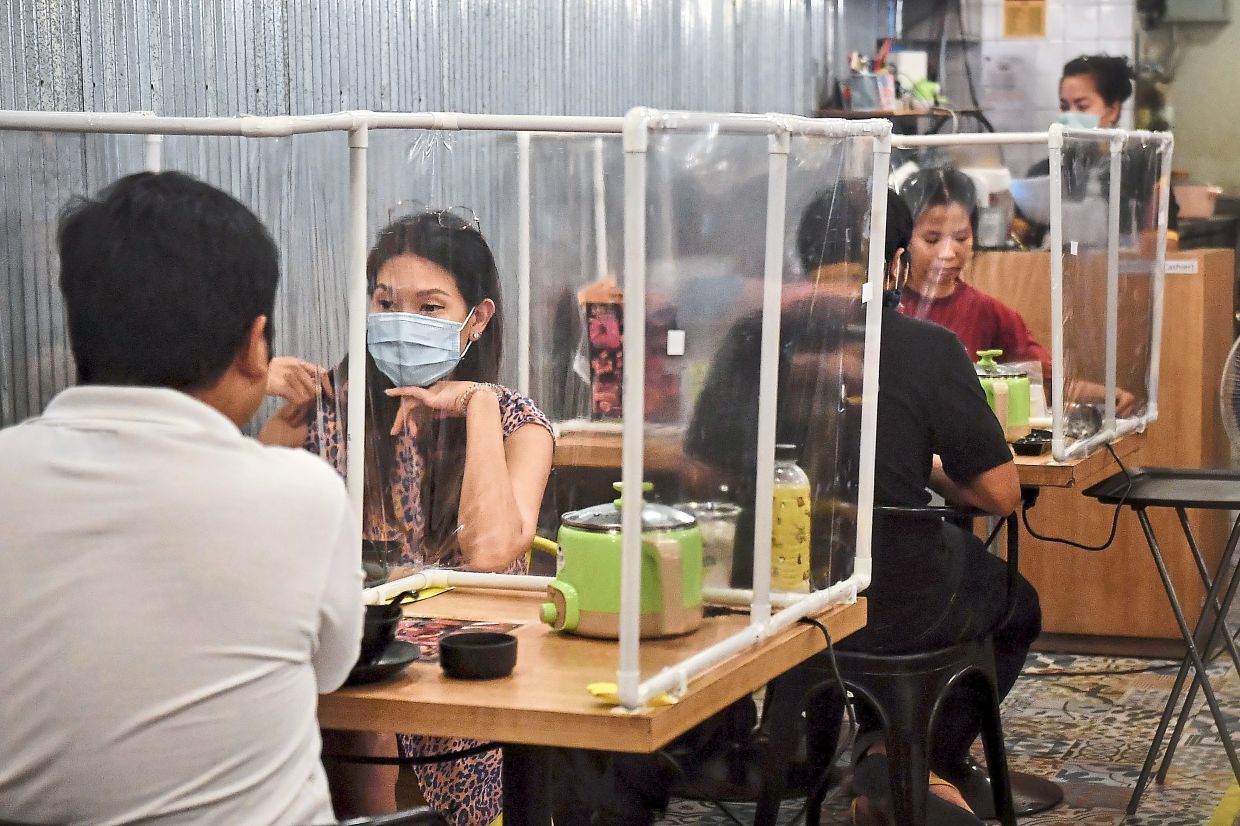 Only two were allowed at a table for dine-in initially during the conditional MCO, although his has been expanded to a maximum of four for bigger tables (five in Selangor). — AFP

Tay meanwhile believes that the question of whether to open for dine-in or not is highly dependent on the size of a restaurant and whether it is worth a restaurant’s time.

“For some people, they choose not to open, and I guess it all boils down to how big your restaurant is. If you are in a shophouse, you might have so little space, that it might be even more expensive to open, for example, ” she says.

“For us, the beauty of our restaurants is that they are quite big, so even with the limitations, we have a lot of seats for people who want to dine in.

“Also personally for me, I feel that at the end of the day, the company needs to bring in revenue.

“So, a bit of revenue is better than no revenue, because honestly, a business cannot sustain itself on takeaway and deliveries only.

“And the direct impact of no revenue is loss of jobs for people and maybe outlets will be at stake as well. So unfortunately, we have to make the best of what is available to us now, ” says Tay.

Because there is little that F&B businesses can do to generate their usual revenue during this period, some entrepreneurs are using this conditional MCO period to cook up totally new side businesses to help them thrive in a future that is rife with uncertainty. 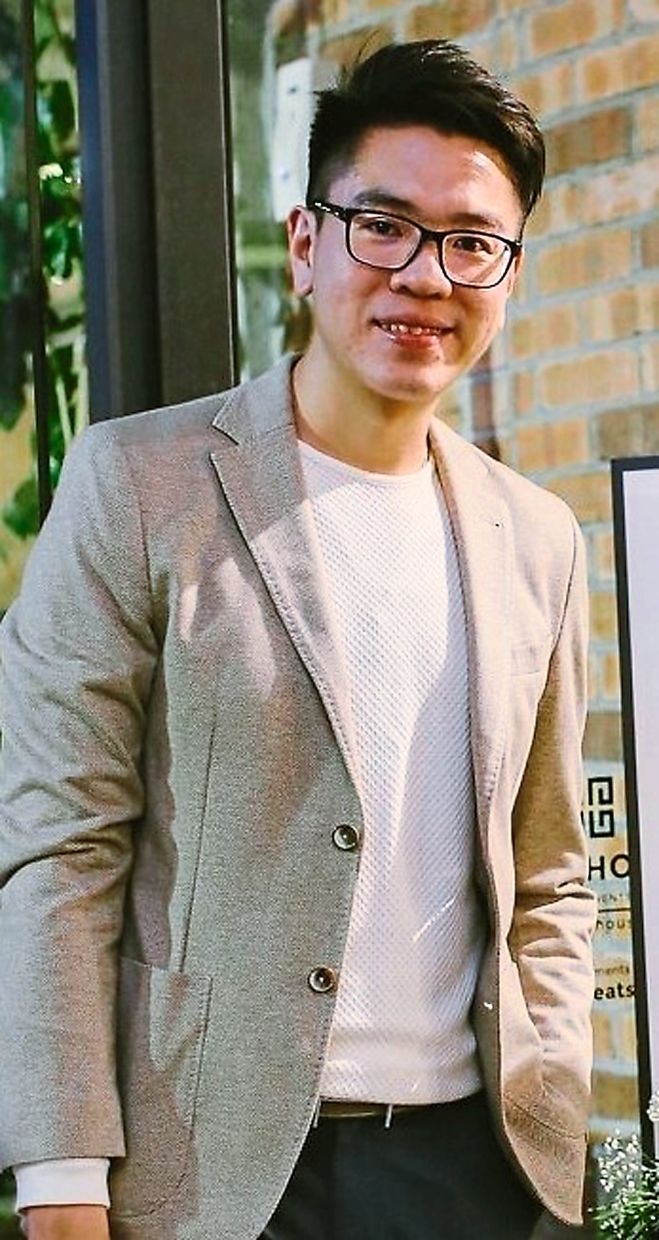 During the conditional MCO, Phuah will be spending time focusing on crafting other business ideas that he can leverage on in the long-term. — KEVIN PHUAH

This conditional MCO, he is also taking the time to figure out how his company can make their own tortilla breads and has dispatched a team to learn how to make this in a cost-efficient way.

Additionally, he is trying to pivot and transform his HR department into a consultancy unit for F&B businesses.

“My team and I believe this situation is going to continue for at least another six weeks, so this conditional MCO, we would rather pivot and see what we can leverage on in the long term.

“And because of our vast experience in the industry, I am trying to get my company to be panel HR consultants for people looking to purchase franchise restaurants.

“This way, we can provide things like recruitment and training, ” he says. Tay thinks people will eventually start eating out again as there is a natural human inclination to go out and socialise. — TAY HUI YING

Even though business will likely be lackluster over the next two weeks, all the restaurant owners think things will improve over time, as the need to eat out is simply a part of modern human nature.

“I respect the advice given, which is to stay at home, which is why I hope people will order more from delivery and takeaway channels. But honestly, I think if dining out is still permitted, as long as people know there is an avenue to eat out, they will go out and dine.

“You may not have 100 people dining, but you will have a few people dining out – it is just human nature to want to go out and socialise. That’s my opinion and the experience we have had, ” says Tay.