FOR some living in peninsular Malaysia, dishes such as Pansoh Manok, Ikan Ampap Bajau and Sayur Midin Belacan Sarawak might sound unfamiliar.

Those who fancy trying out these authentic dishes from Sabah and Sarawak, which are prepared by a local chef, can head to Nipah at EQ Kuala Lumpur to enjoy its “Negaraku” food promotion.

In celebration of National Day and Malaysia Day, the all-day dining restaurant is presenting a showcase of local specialities highlighting a selection of regional cuisine from around Malaysia.

“Although the occasion will be observed differently this year, we continue to bring back classic dishes for those who are missing their hometowns,” said Nipah chef de cuisine Ali Tuwin.

“We hope to bring a familiar sense of celebration and warmth to many families through our food.”

Ali, who hails from Sabah, takes the lead when the menu focuses on the Borneo region.

The famous Sayur Midin Belacan Sarawak is available too but with a slight twist.

“We had to substitute the midin (stenochlaena palustris) with pucuk paku (fiddlehead fern), as we couldn’t get a consistent supply of midin,” said Ali of the vegetable dish stir-fried with belacan, chilli, onion and garlic.

“Pucuk paku was the closest replacement we could get as its texture is very similar to midin.”

While he would have wanted to showcase more dishes from Sabah and Sarawak, Ali said it was a challenge to get a sufficient and consistent supply of ingredients such as tarap (similar to jackfruit), latok (sea grapes) and bambangan (wild mango), hence he had to make do with a pared down menu.

“The Puding Diraja is a signature dessert at EQ. It was inspired by a dessert served to the royal family in Pahang.

“It is made from eggs, syrup and milk, topped with cherries and prunes,” he said.

“The lempeng pisang is made upon order. This Malay dessert is served with sambal and grated coconut, though some diners may prefer to enjoy it on its own.”

When the Bornean menu is on rotation, Muhammad Afiq suggests that diners try Sekaya Labu, a dessert of steamed pumpkin with chilled custard made from coconut milk and duck egg.

Also available at the dessert counter are Aiskrim Malaysia with cendol, sirap selasih, asam boi and Milo flavours, assorted cakes and kuih, fresh fruits as well as a selection of EQ’s mooncakes.

In the interest of maintaining safety and hygiene, diners must place their orders at Nipah’s respective counters and they will be served their selections on their plates.

The “Negaraku” promotion is available until Sept 16. It is priced at RM88 nett per adult, while children aged six to 12 get to dine at half price.

Diners may also choose to add a barbecue meat and seafood platter for two, priced at RM38 nett per person. 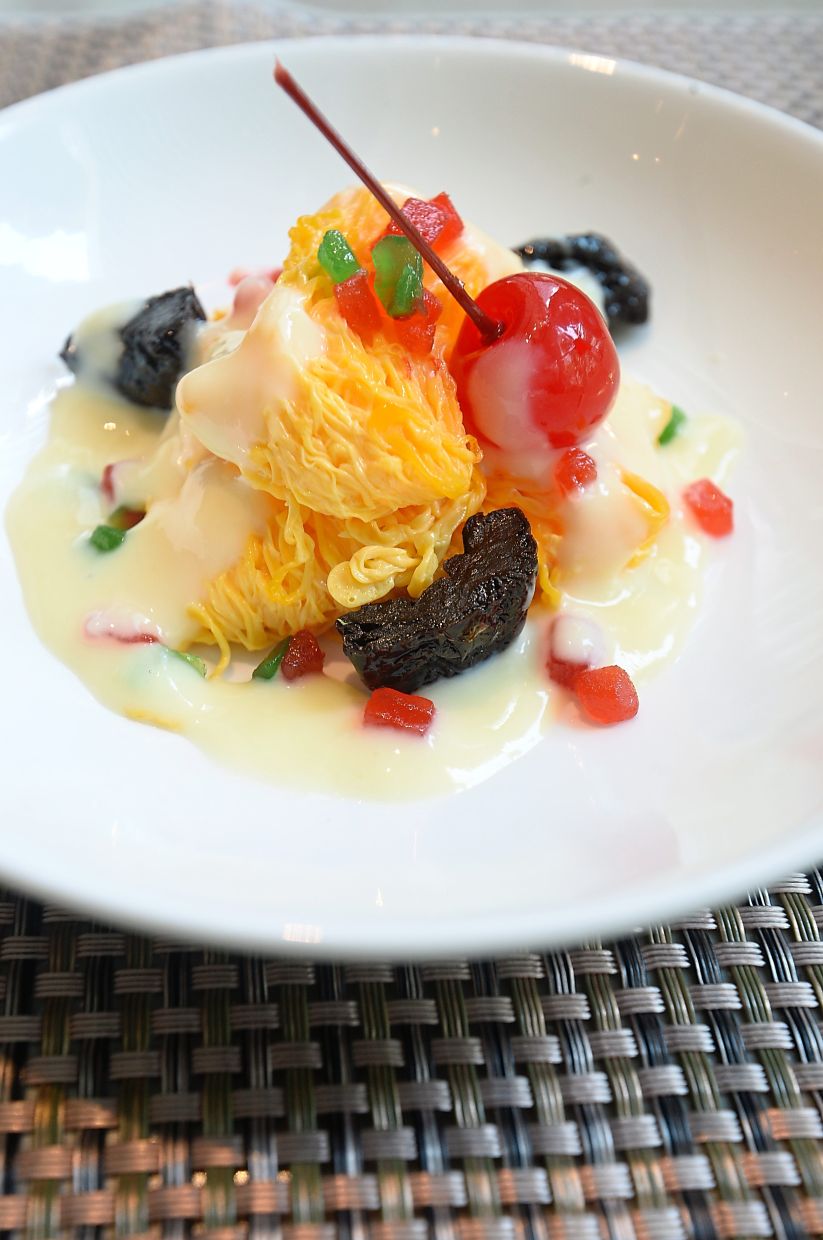 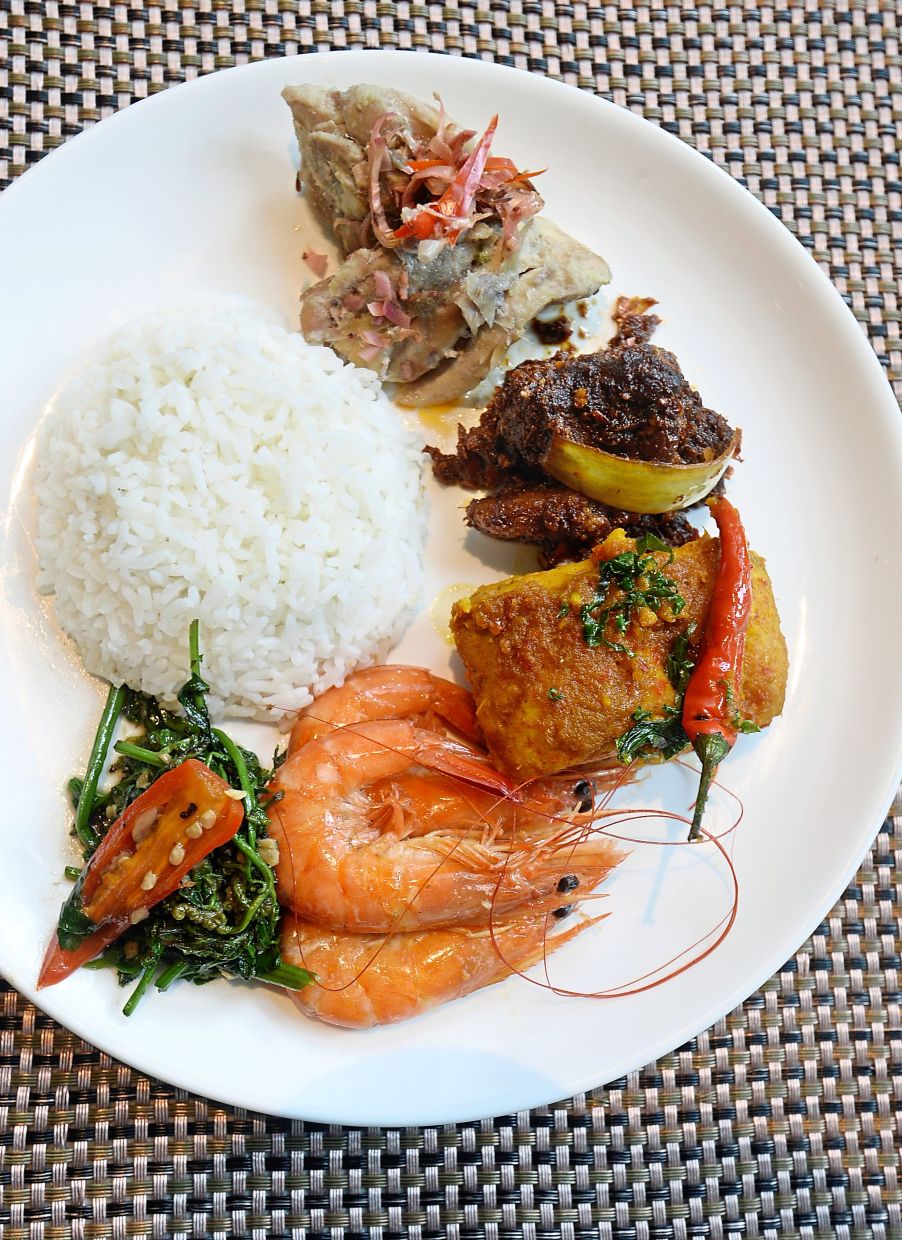 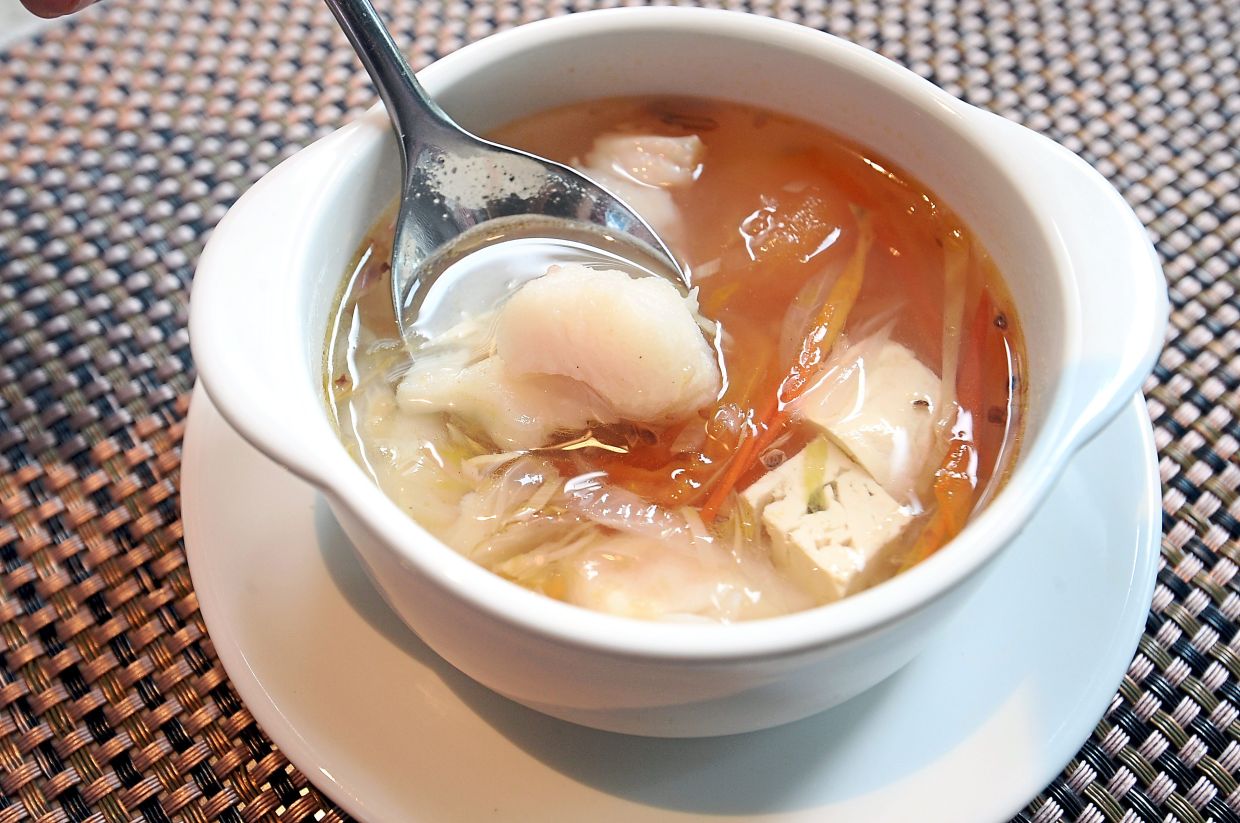 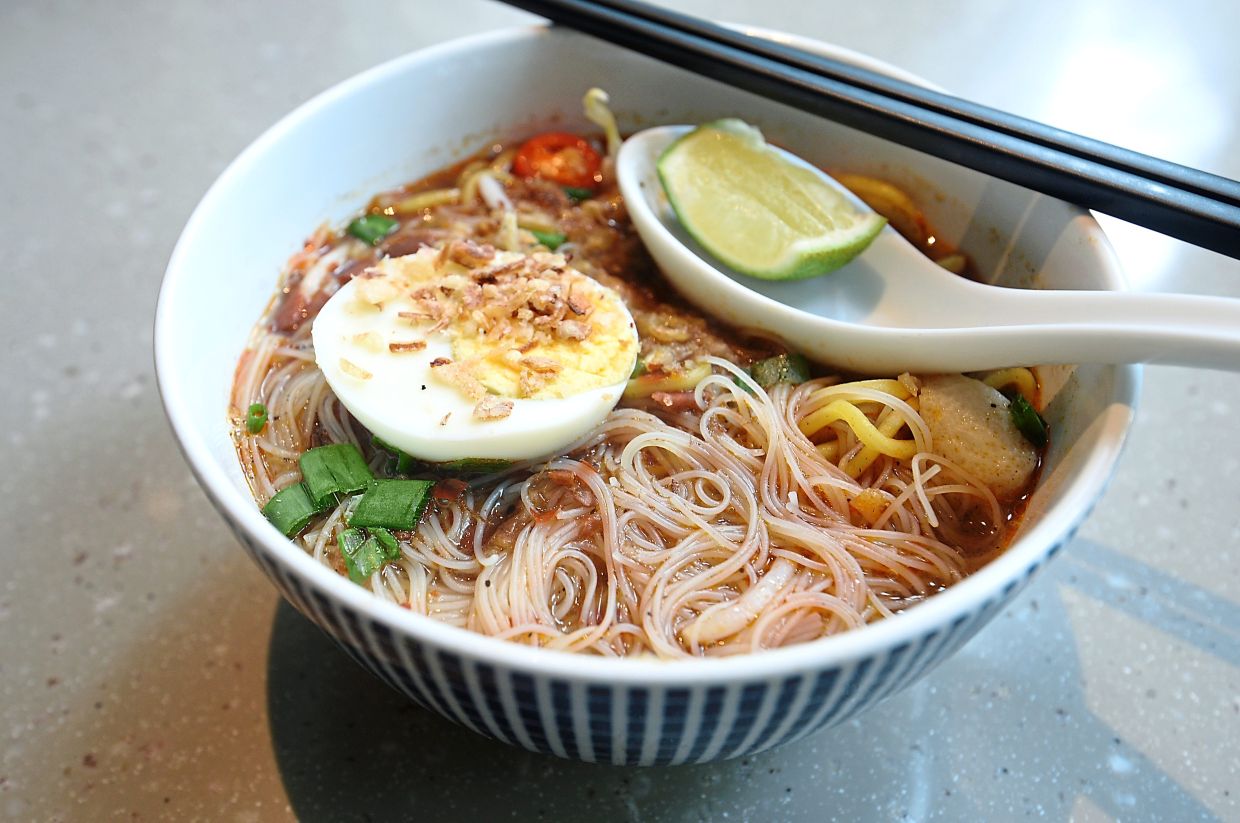 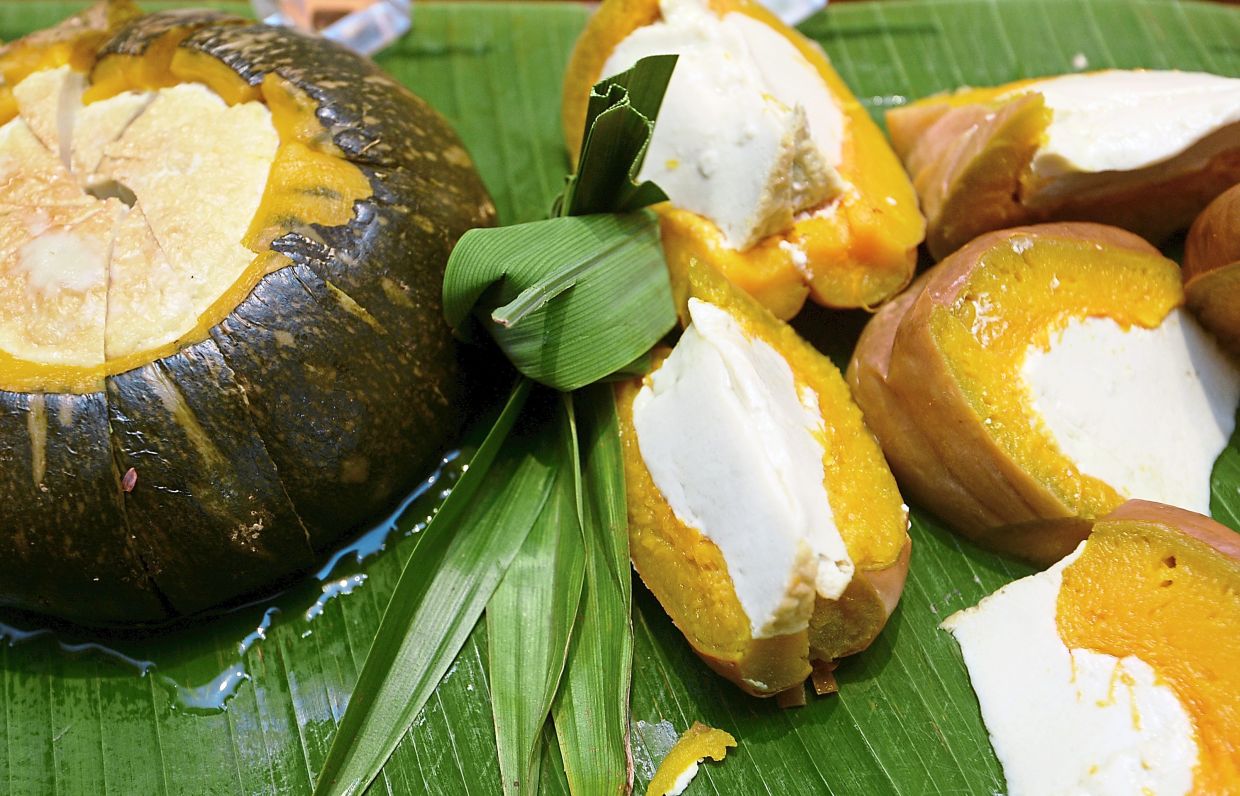 Sarawak laksa from the noodle station. On other days, dishes such as asam laksa, mee rebus or laksam are served.

Autumnal festive delight
Oozing goodness of Juicy Lucy
Snickers candy bar now available as a seasoning in the US
Alcohol: Dangerous for the young, healthy for the old?
Bangi eatery stands out with signature crab dishes
Cool down with these desserts
Corner favourite attracts crowds across generations
The Black Thorn durian is gaining momentum over Musang King
Ordering in: Whipping up a sourdough bread storm
Ordering in: The toast with the most