Most solo diners enjoying eating meals by themselves because it gives them quality me-time. — YAP CHEE HONG/The Star

When I was in high school, a group of us would cluster around a table in the school canteen, stuffing our faces.

Conversation was rapid-fire and often accompanied by the soundtrack of slurping and chewing – as befitting the 20-minute break we had for recess.

Ever so often, someone in the group would turn and stare at another girl in our class, a lone ranger who marched to her own beat and always, always ate by herself.

At the time, the looks cast in her direction were often incredulous, sometimes pitying. But I found myself casting admiring glances her way – she seemed so happy, so sure of herself and unbothered by the fact that she was eating alone. And she didn’t have to contend with people peppering her with silly questions while she was eating.

She was brave then – a pioneer of sorts. But in today’s modern world, that girl is one of a growing legion of solo diners completely comfortable with eating on their own.

The advent of solo dining

Historically, eating out was a communal affair – a family gathering that took the form of a break from the tedium of home-cooked meals.

But as times have changed, so too have dining patterns. Eating out these days is widespread and pretty common. Most busy urbanites seek refuge, respite and nourishment in cafes, restaurants, fast-food outlets and hawker centres at least a few times a week. And more and more, they are doing this alone. Although there have been improvements on this front, most restaurants still have tables for two or four, as opposed to just one. — Filepic

In Europe, 2016 data from The NPD Group showed that more than 30% of restaurant visits were made by solo diners. Meanwhile in the United States, according to a 2016 study by market research organisation The Hartman Group, solo dining accounted for 27% of total dining at casual restaurants.

Malaysians have not been immune to this growing trend. In fact, figures from leading restaurant reservation site Eatigo (which has around 700,000 users in the country), show that solo dining is gradually but steadily increasing.

“Since our launch in 2017, we have been experiencing an overall double-digit growth month-over-month. For solo diners, there has been a steady increase as well. The numbers vary on a month-over-month basis but we experience anywhere from 8% to 15% of total diners as solo diners, with about 80% of solo diners in the Klang Valley between the ages of 25 and 35, ” says Eatigo Malaysia’s country lead Sameer Kaushik.

While both Eatigo and TableApp (another restaurant reservation site with 300,000 users in Malaysia) still see a majority of bookings for upwards of two people (TableApp says 50% of reservations made are for two people), the fact remains that solo diners are making a small but noticeable dent in this equation.

In the past, there was always a bit of a stigma associated with eating alone – a remnant of high school movies that continuously perpetuate the myth that people who eat alone are... loners.

But these days, this couldn’t be further from the truth. A combination of factors have led to a surge in solo diners, as indicated by a 2016 AFP article where analysts attributed the rise in solo diners to “increasingly harried, nomadic and mobile lifestyles”. Maithili is a foodie who sees eating out alone as an opportunity to treat herself.

Which is why you’ll find that modern solo diners are often thriving professionals who eat out alone for a variety of reasons.

“I very much enjoy eating solo, even when there is the option to eat with other people because I do not like to share meals and it’s much easier to not share when you remove other people from the equation.

“Also, eating alone provides me with some much-needed mid or end day me-time, where I can read up on the news, make decisions on Michael Jackson’s guilt or innocence or familiarise myself with the history of Ecuador, if I should so desire, ” says international recruitment officer Sumithra Durai.

This idea of enjoying quality me-time is echoed by nearly all the other solo diners I interviewed. “I think of it as a form of self-care. I love good food, so eating out solo is an opportunity to treat myself to something really nice or something I’m craving, without having to take anyone else’s needs into consideration. It’s a block of time (and an expense) that is meant solely for my enjoyment, ” says country manager Maithili Vasudevan.

Other solo diners point to the fact that buying and cooking food for one often leads to unnecessary wastage, which is why eating out alone makes far more sense. 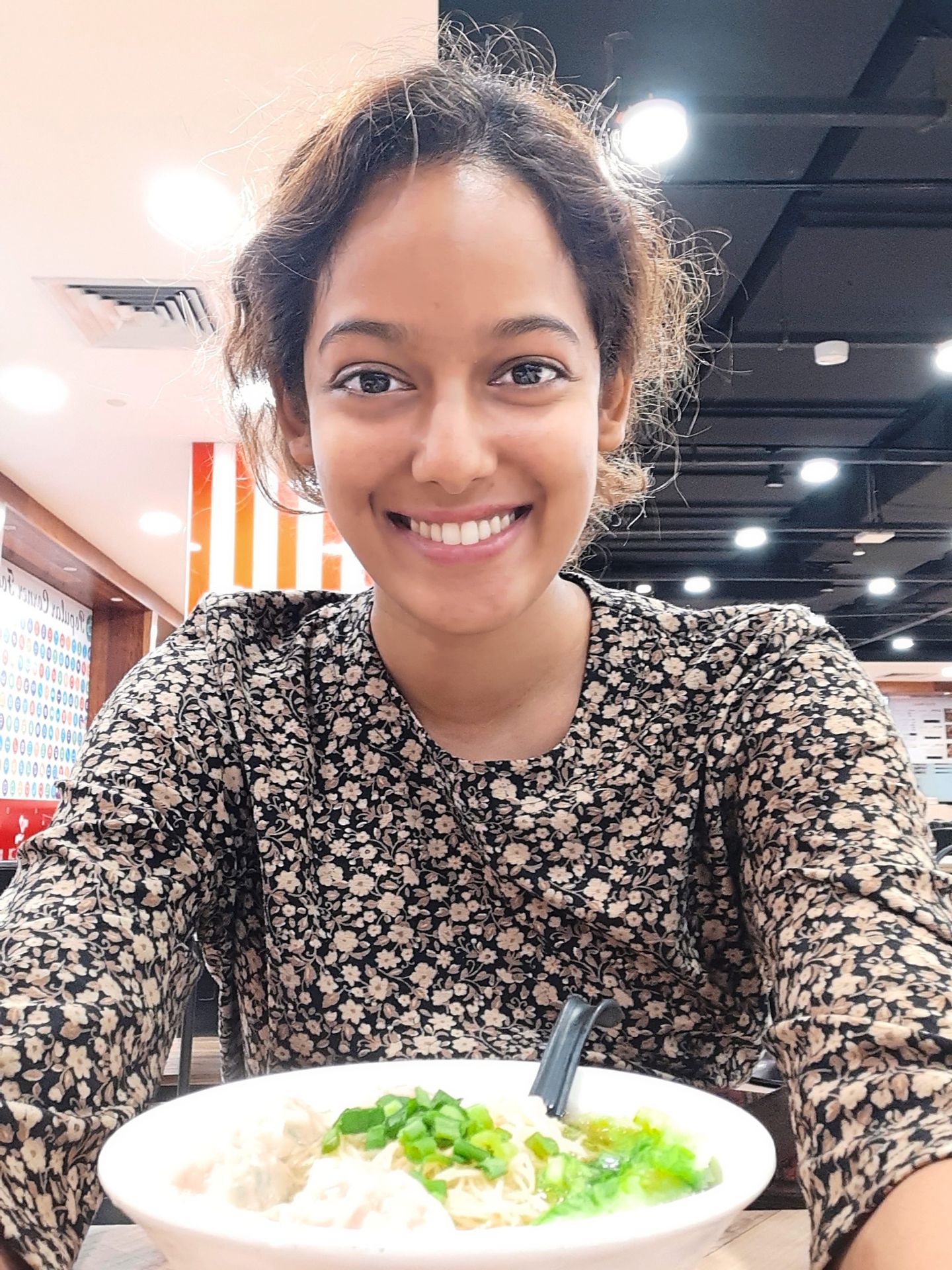 Sumithra enjoys eating out alone as she doesn’t like sharing her food and enjoys quality me-time.

“I don’t live with my family and it’s difficult to cook portions for one person. If I buy a head of lettuce, I’ll end up eating lettuce the whole week! Otherwise it’ll go limp and spoil and be wasted, ” says lecturer Irene Kiew.

For some solo diners meanwhile, eating out alone is just a matter of practicality. “I eat out three to four times a week for dinner during weekdays because I travel to work alone, so it’s just convenient for me to have dinner on my own before taking the train back, ” says engineer Faiz Yahaya.What’s changed in solo diningThere was a time when eating out alone might have caused judgmental, appraising looks from other diners. But these days, most solo diners are themselves too preoccupied with their smartphones, tablets and other electronic devices to even notice what’s going around them.

“I think before the advent of consumer tech, there may have been a bit of a stigma around eating alone – one of my favourite episodes of Frasier was even dedicated to it. These days it’s really common to see solo diners with laptops and mobile devices. I do sometimes get looks from other people when I’m dining alone, but I like to think it’s because they want to know what book I’m reading!” says Maithili.

Even F&B operators have noticed this growing trend of solo diners and their mobile devices.

“Usually, the people coming are always on the social platforms on their phones or computers. They take photos of the food and straight away put it on Instagram or WhatsApp it to their friends, ” says Giuseppe Lioce, the head chef at Nero Nero. 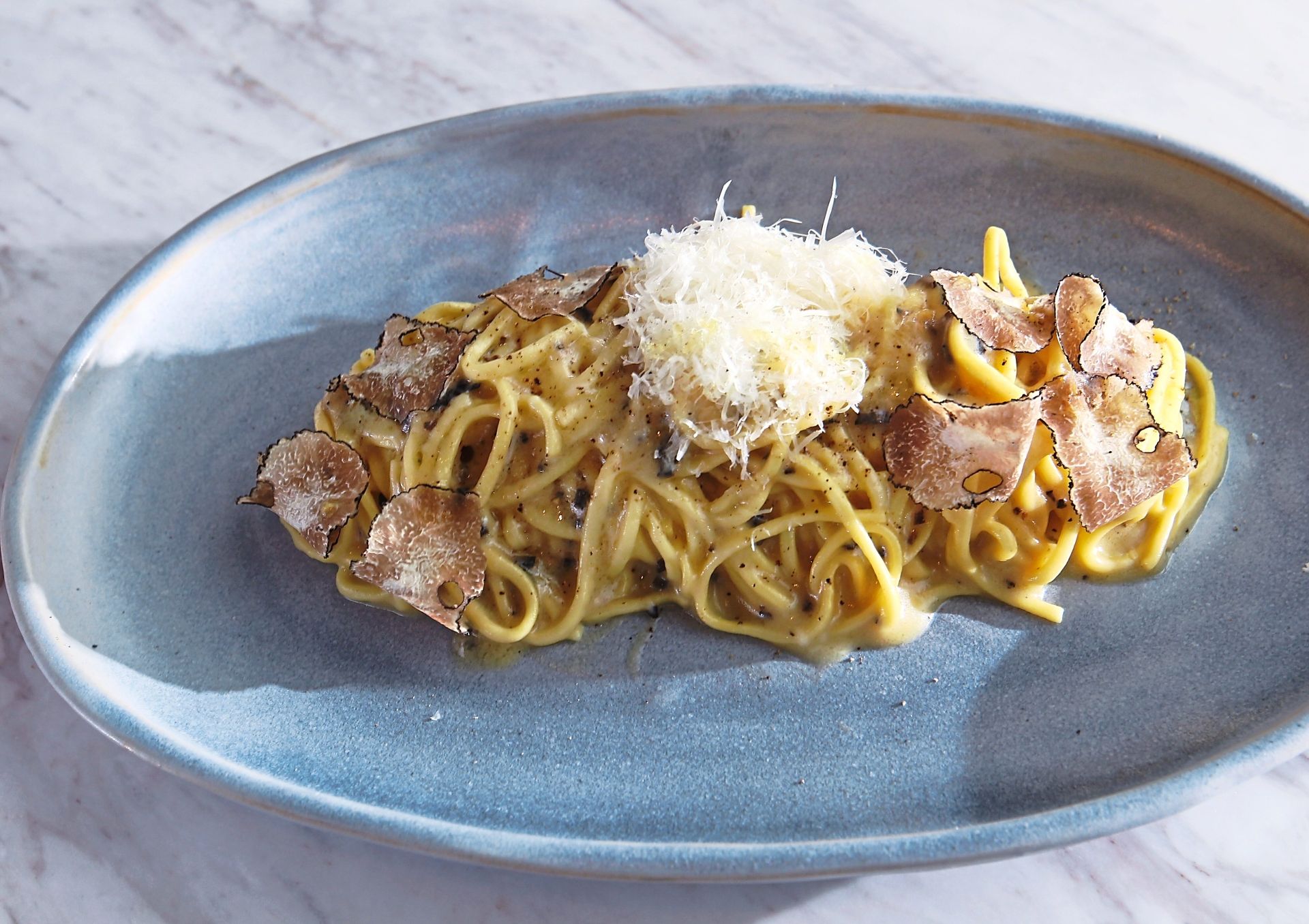 Many solo diners admit that they tend to eat more when they're dining alone. — Filepic

Others have a good sense of humour about eating alone, like Sumithra who says she doesn’t wear her glasses while eating out so it is impossible for her to catch weird glances from other people. “So I can only assume that people in public who stare at me are in fact admiring me, ” she jokes.

Interestingly, many solo diners admit that they often end up eating more when they’re dining alone.

“I find that, in groups, I tend to eat less because I have to restrain myself when we share food so as not to look greedy, ” says Sumithra.

Maithili, meanwhile, hates wasting food. “If I’m by myself, I’ll make an effort to finish everything on my plate even if I’m full, ” she says, adding that she also always makes room for dessert when she’s alone.

But on the flip side of the coin, a few solo diners say the travails of peer pressure mean they end up consuming more in a group.

“I suppose there’s a kind of social pressure in eating with friends. There was a time I drank wine because everyone was doing it. I don’t particularly enjoy wine. I did it to fit in, ” says content marketer Elizabeth Tai.

A 2018 article in Eater titled ‘The Best Way To Dine Alone’ outlined all the do’s and dont’s of eating alone, including encouraging solo diners to plan their meal times i.e. either arriving as soon as the restaurant opens or late in the night when the crowd has dwindled. Other choice tips included a guide on how long solo diners should be allowed to take up a table or in the author’s words “whatever you do, don’t dilly dally”. 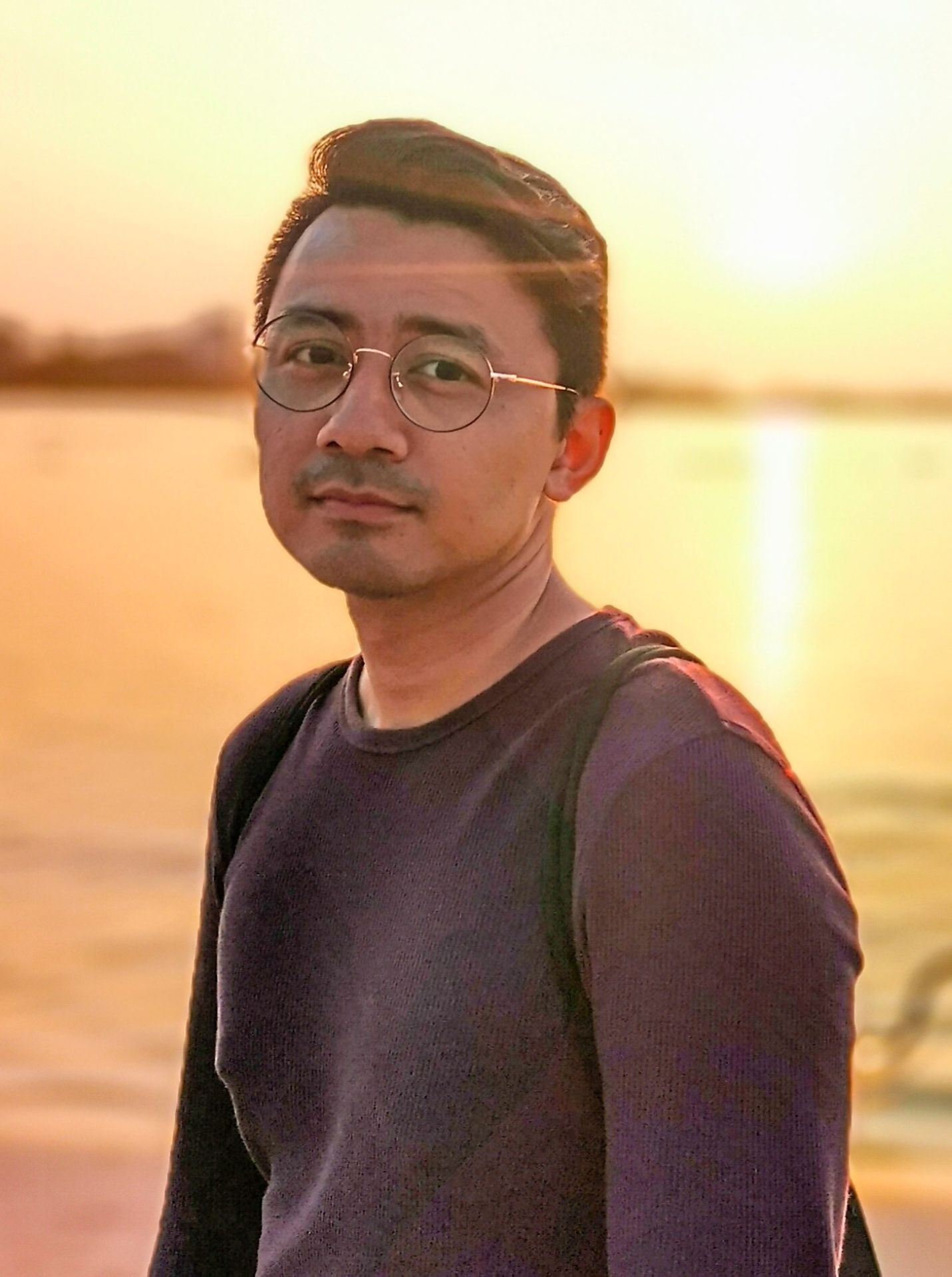 Faiz says solo diners have as much priority in a restaurant as a group of customers, as they are paying for their meals.

The article raises an interesting point: should solo diners be held to some sort of higher standard? If a person only takes up a single spot, should they then be expected to come earlier/later, eat faster and leave sooner so that another group of people don’t end up losing a table at the restaurant?

Most solo diners do not think so at all. “Everyone deserves to be there. Just because another group has more people, doesn’t mean they are entitled to more priority than me. And you can’t assume that everyone has the luxury of being able to avoid eating during peak hours. Whoever comes first, deserves the seat, ” says Faiz with conviction.

Sumithra, meanwhile, believes that she doesn’t owe restaurants anything, as she is still paying for a full meal, just like anyone else at the eatery, although she does concede that eating quickly is a given if a place is packed to the gills.

“A customer is just as important as a group of customers. So I eat at a normal pace unless the place is crowded and then it’s just considerate to eat quickly and go, ” she says.

What’s heartening, though, is that some solo diners have noticed that more and more restaurants are beginning to heed their growing numbers and cater to their needs. 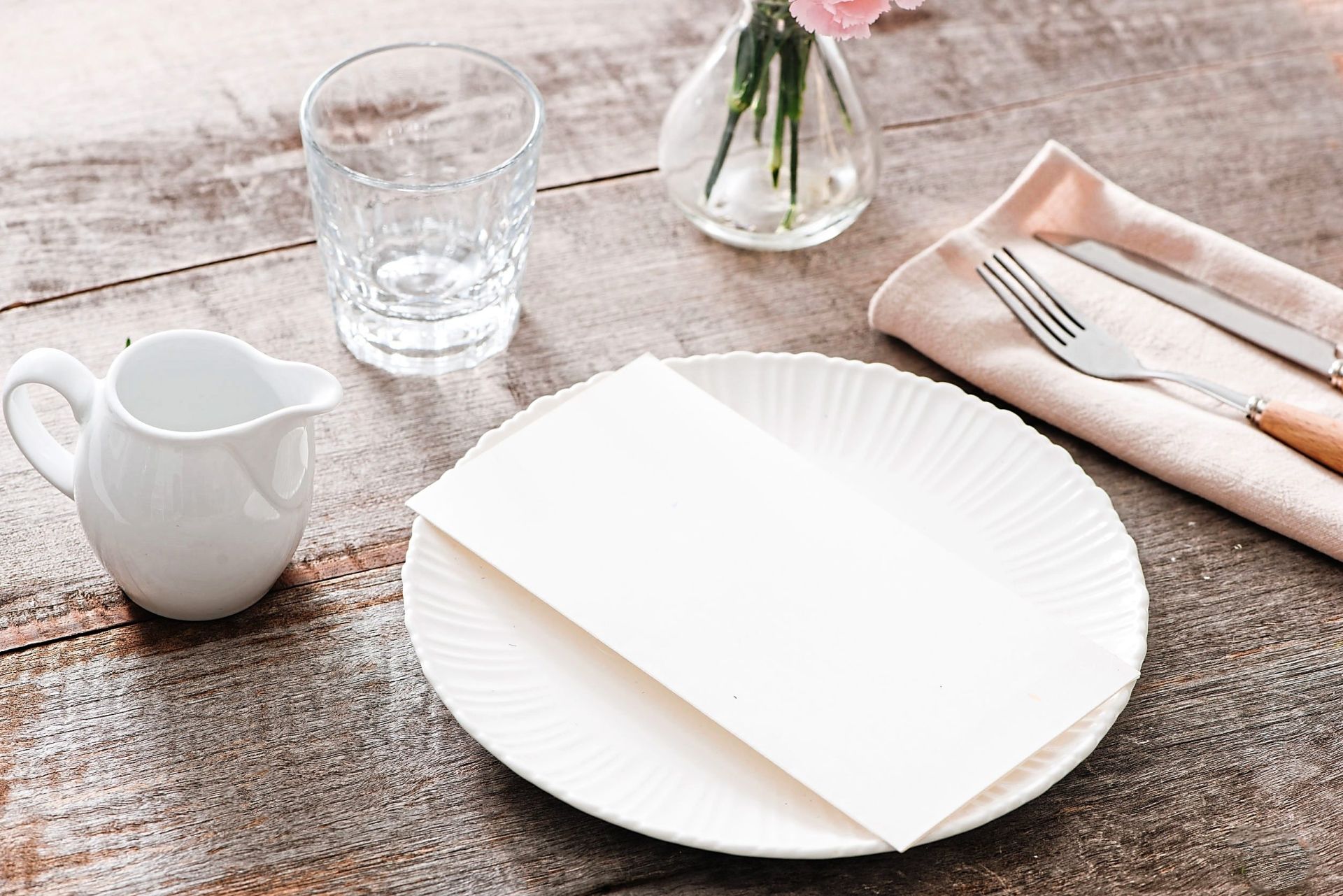 There are more diners coming in for meals alone, and restaurants welcome their business all the same. — 123rf.com

“But now there are places that set aside a long table (usually against a wall) and that allows them to seat their single patrons without wasting space or losing potential customers that need tables for two or more. It’s a great thing, ” says regional marketing manager Cheryl Wong.

Ultimately, though, whether or not restaurants cotton on to their needs, solo diners agree that the rewards of dining solo are manifold and those who still feel like eating alone is socially awkward or weird are losing out – big time. 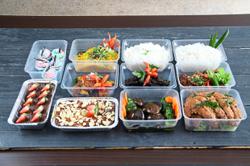