THE tastiest part of a hairy crab has to be its roe – yellow and creamy in males and a compact mass of bright orange in the females.

In the set menus to celebrate the 20th anniversary of JW Marriott Kuala Lumpur’s Shanghai Restaurant, it is the bright orange hue of the female roe that stands out in the dishes created by Chinese chef Wong Wing Yeuk.

We had our first taste of its rich egg mass in the combination starter – scallop atop a cube of deep-fried egg tofu lathered with roe sauce, baked crab with mozzarella served in a shell and beancurd roll of crab stick with roe.

The roe sauce, aromatic with Chinese cooking wine, ginger juice and pepper, had a complex nutty taste while the baked crab and roll impressed with their sweet succulent flesh.

To keep the crabmeat fresh, they were kept alive in a fridge.

“Hairy crabs like it when it’s cold, ” said Wong.

This explains why ginger and wine are used in copious amounts throughout our six course dinner – to counter the crabs’ cooling properties and warm our body.

A roe soup came after, thick and hearty with julienned tofu, crab meat and slivers of roasted West Lake green tea leaves. Named thus after its place of origin in Hangzhou, they were softened by the liquid but still possessed slight crispness.

But the roe was the star in this dish.

Stripped of its eggy richness with the help of ginger and wine, the diner could be fooled if not for the bright orange hue, a vivid reminder of its nutritionally indulgent nature.

Next was fried cod with brandy sauce. Amazingly, the fish remained crisp despite being left untouched for 30 minutes. Wong’s secret lies in timing and temperature. Marinated in ginger juice and salt, the fillet was deep-fried in 190° Celsius for four minutes sans coating.

The brandy gets credit for the smokey notes in the sauce. Wong has chosen to use brandy produced by Changyu, a label founded by Cheong Fatt Tze, a historical personality whose Penang mansion is now a tourist draw.

To give the tummy a sense of fullness was a noodles topped with a thick roe sauce, largely reminiscent of the roe soup in the second course.

Generally, people at the table loved the springy texture of the wheat noodles, made in-house of course.

A steamed soup dumpling filled with minced pork and supreme stock came as the second last course. The cottony soft meat filling was achieved by slow braising in the stock which resulted in the muscle fibres absorbing the liquid and becoming tender in the process.

Roe was added into the dumpling parcel, imparting a lovely orangey hue and a slight caviar-like flavour to the entire ensemble.

The meal ended with a tip from Wong on how to suss out fresh hairy crabs.

“Look at the eyes. They should be bright and lively, ” said Wong. 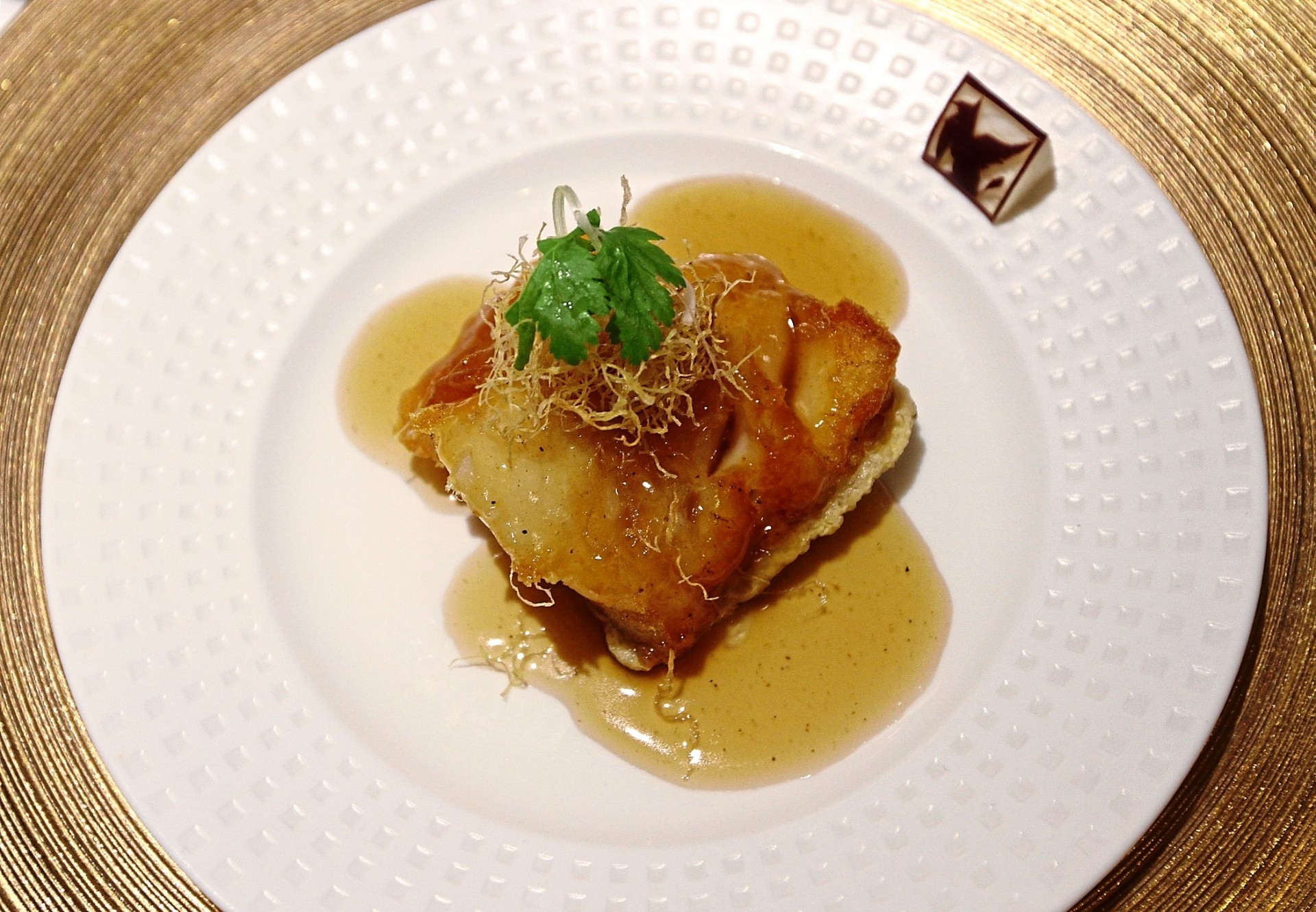 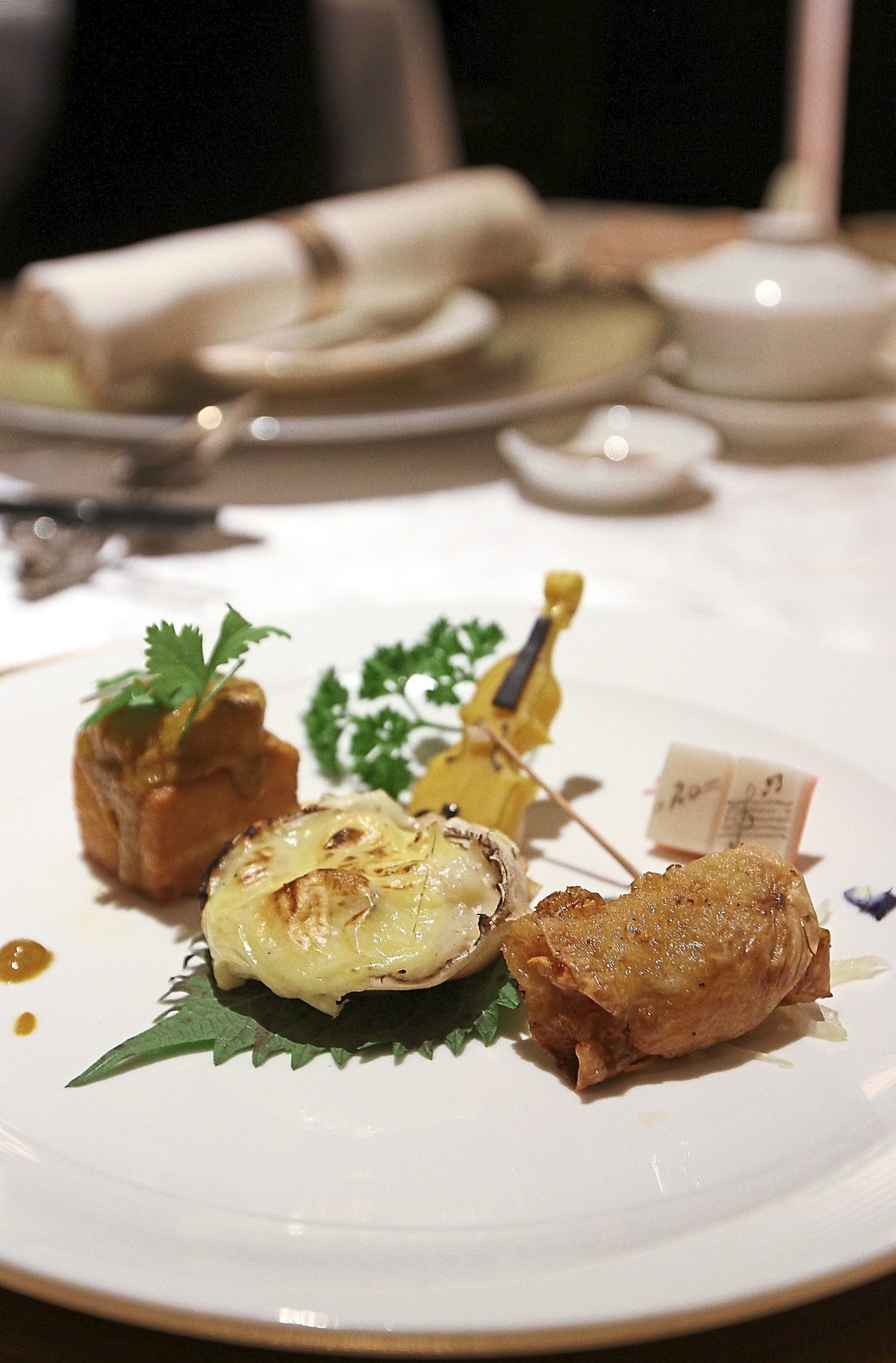 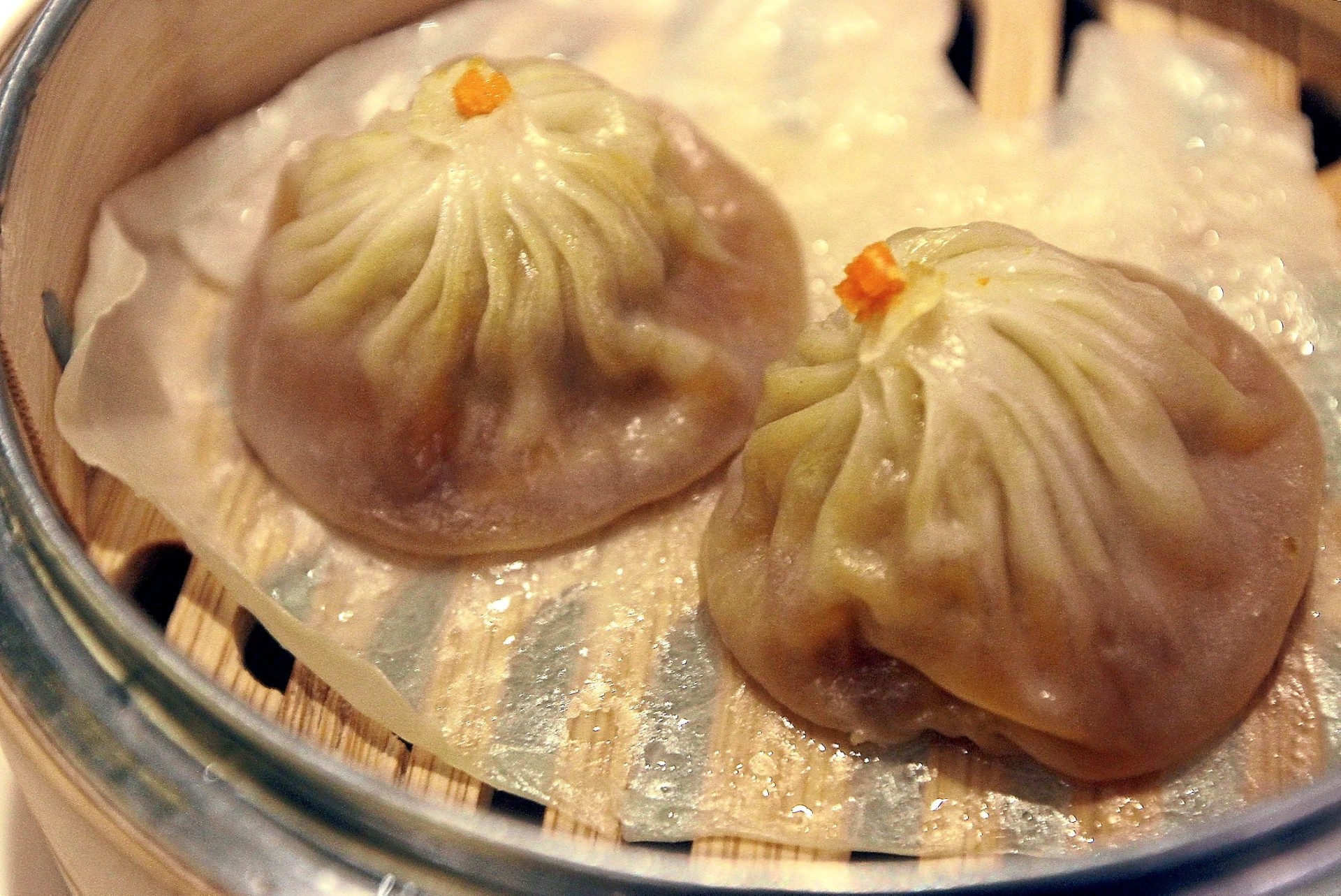 One of the combination starters — scallop atop a cube of deep-fried egg tofu lathered with roe sauce, baked crab with mozzarella cheese served in a shell and beancurd roll of crab stick with roe. 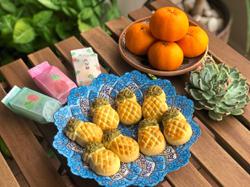