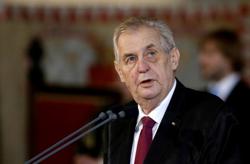 THE glass walls encasing Parklife in Bangsar South offer sweeping, panoramic views of the heaping mounds of rainbow-coloured vegetables on display. These vivacious salads are the heart and soul of this months-old eatery that champions vegetables with vim and vigour.

The creative output of cousins Ewen Lim and Ang Ling Chee, the restaurant came about after Lim – a sports enthusiast – visited her cousin Ang in Japan (where he was working at the time) and realised that the food that he was producing at his restaurant Cocomomo & Co in Osaka would find a ready audience in Kuala Lumpur.

“I told him, ‘Why don’t you just come back to Malaysia?’ But it wasn’t easy for him, because he has a Japanese wife, and kids, had been in Japan for four years already and had a cute little restaurant. But I convinced him to come back and we started planning our restaurant, ” says Lim (who named the restaurant after the song Parklife by Britpop band Blur). 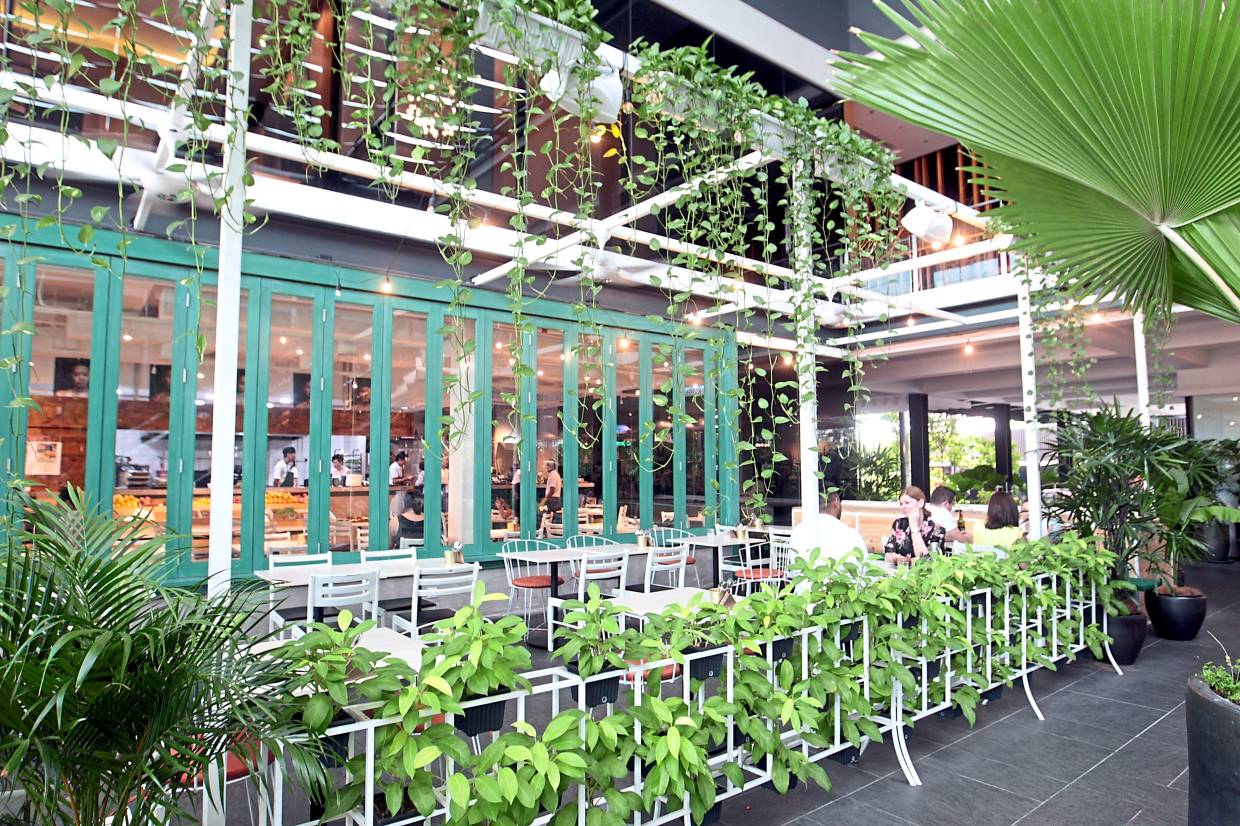 In keeping with its advocacy of plant-based foods, plants are scattered throughout the entrance of Parklife.

And Ang is certainly the perfect person to spearhead a vegetable-centric restaurant. After all, he spent nearly a decade working with renowned London-based chef Yotam Ottolenghi, whose flavour-driven salads sparked a vegetable revolution in the United Kingdom. Ottolenghi is also a best-selling cookbook author who has numerous cookbooks to his name, including the eponymous Ottolenghi which has sold over 100,000 copies.

“I was looking for a job in London a few months before my visa ran out, and I found the Ottolenghi restaurant. They were looking for a night baker to make all sorts of breads. I had totally no experience doing that, so my interview was a failure.

“But a few days later, I called back and said, ‘I would really like to try again, I really love the job and the people here’, and they gave me a chance. And I think I was very hard-working, because after a few months, they asked me if I would like to stay on, ” says the affable Ang. 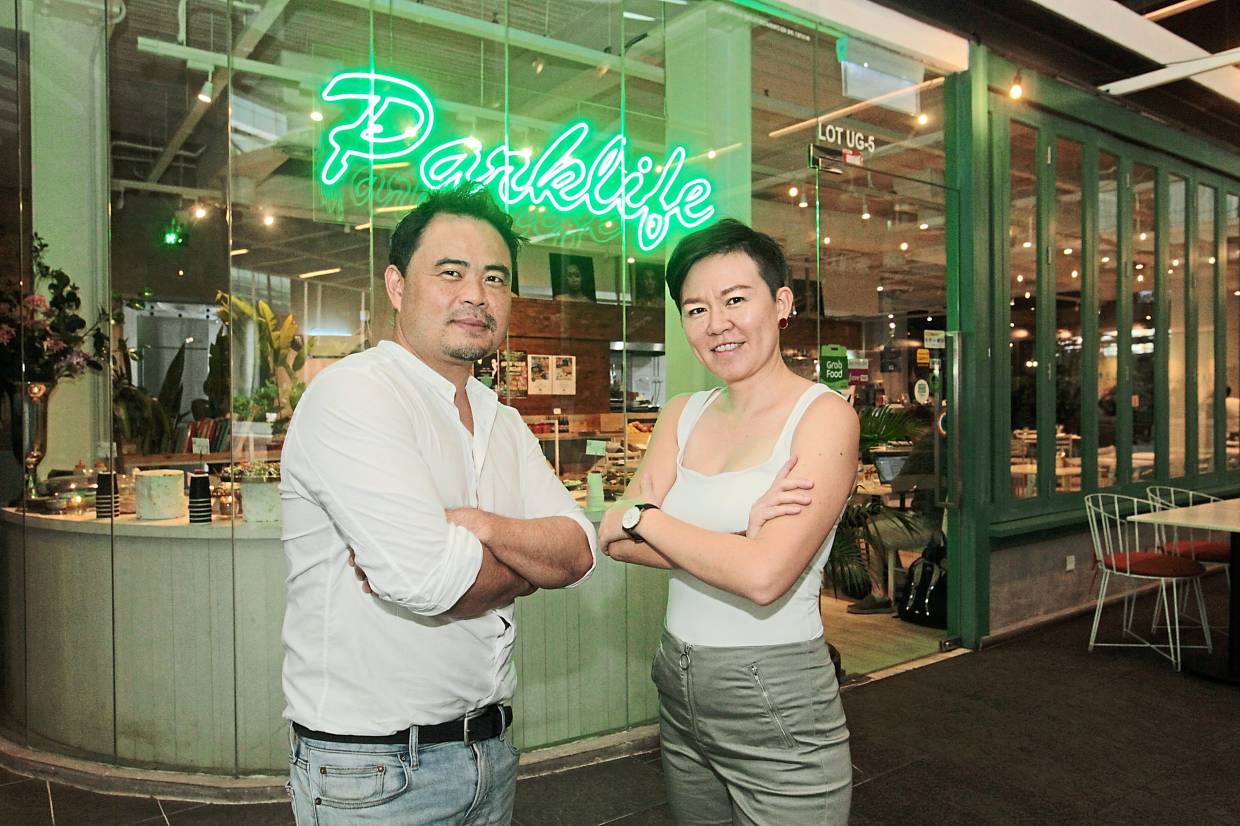 Ang jumped at the opportunity and went on to complete a culinary arts programme at Hammersmith & West London College (which Ottolenghi sponsored) and worked with the chef for the next decade or so, working his way up to head chef.

At Parklife, he has mimicked Ottolenghi’s magical touch with vegetables – his menu boasts 80% plant-based food with a 20% concession to meat-eaters who might want to complement their vegetables with some meat.

At the same time, Ang says he has paid heed to local demands, the need to balance flavours properly as well as the reality of working with the ingredients available on the local front.

“When I worked at Ottolenghi, I learnt about spices and vegetable combinations. I was inspired by the chefs who came from places like Morocco, Palestine and Lebanon and consequently, I really fell in love with Arabian food, because it’s so light and flavourful.

“But the menu actually mixes and matches, because I had to learn how to use local ingredients, which are very different from what’s available in London. And with Asian cooking, everything is always overcooked or overblanched, so here, I just try to have a balance and keep the vegetables crunchy, ” he says. 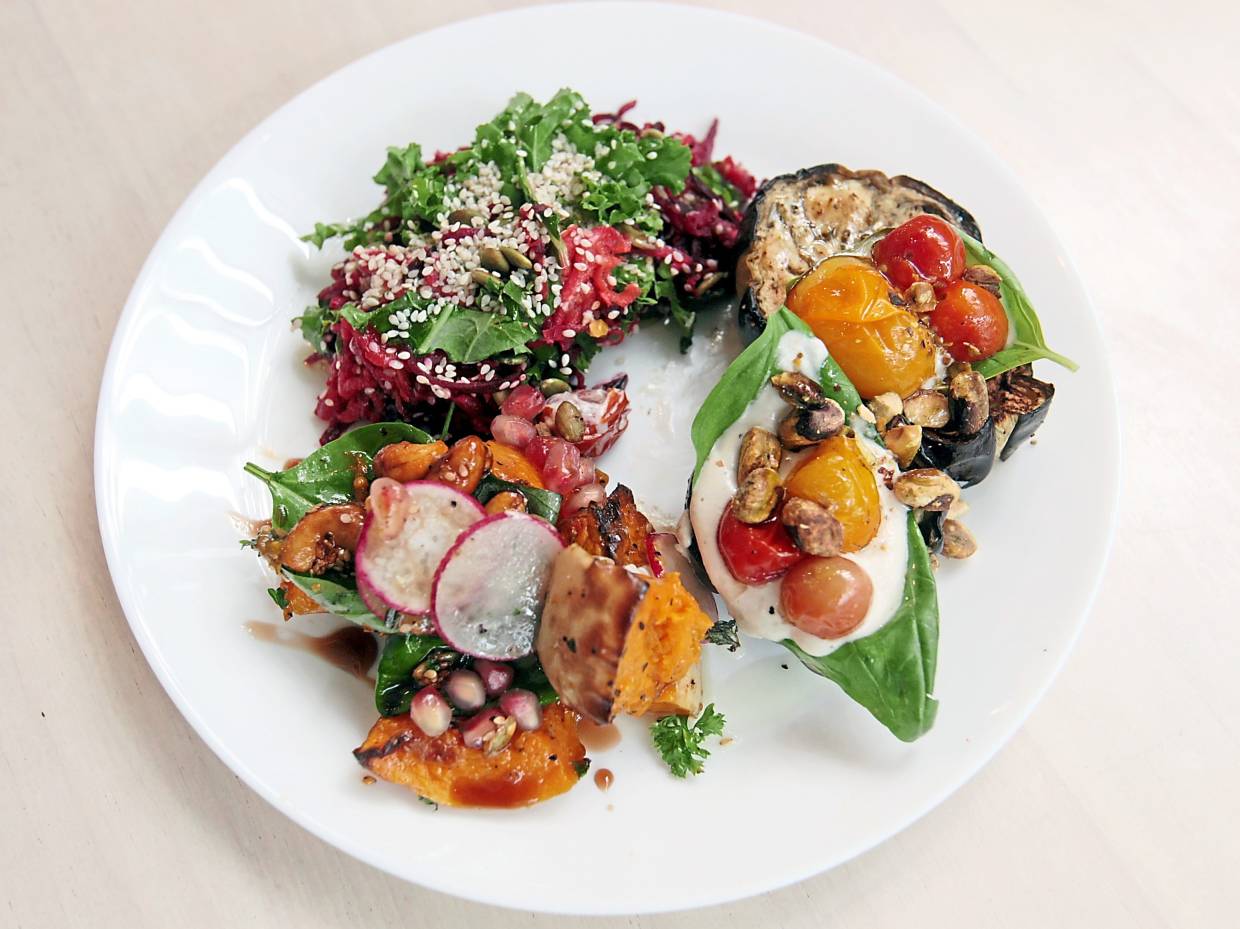 Start your veg-venture here with an assortment of plant-based options like the Roasted Butternut Squash (RM14). Complemented with rosemary honey nuts, basil and pomegranate sauce, this is a light, exuberant offering where everything coalesces beautifully – from the plump, soft butternut squash pieces to the fruity notes of the pomegranate sauce.

Up next, try the Beetroot & Kale Slaw (RM14), a refreshingly vibrant dish that bears some resemblance to a traditional coleslaw with the astute deduction of the overly rich mayonnaise that typically coats the vegetables (thus destroying all nutritional value). Here, the beetroot, kale and carrot have remained intact, their purity accentuated by toasted pumpkin seeds and a handcrafted mustard dressing that imbues the vegetables with a lightly acidic touch.

The Roasted Potato Wedges & Sweet Potato (RM11) is another winning concoction that makes use of the eatery’s popular Romesco sauce and is enhanced with garlic, rosemary, mint and edamame. The break-out star in this ensemble cast is the Romesco sauce, a thick, chunky tomato-rich affair just bursting with flavour.

Perhaps the most popular item on the menu at the moment is the Signature Hummus (RM12) – the restaurant typically sells 54 kg of the stuff every week! Made from blended chickpeas, Arabian spices and pomegranate, this smooth operator has a velvety texture and a light zestiness from the lemon in the mixture. The revelatory ingredient in this star-studded constellation is the pomegranate seeds which burst upon contact with the mouth and add a touch of sweetness to the amalgamation. 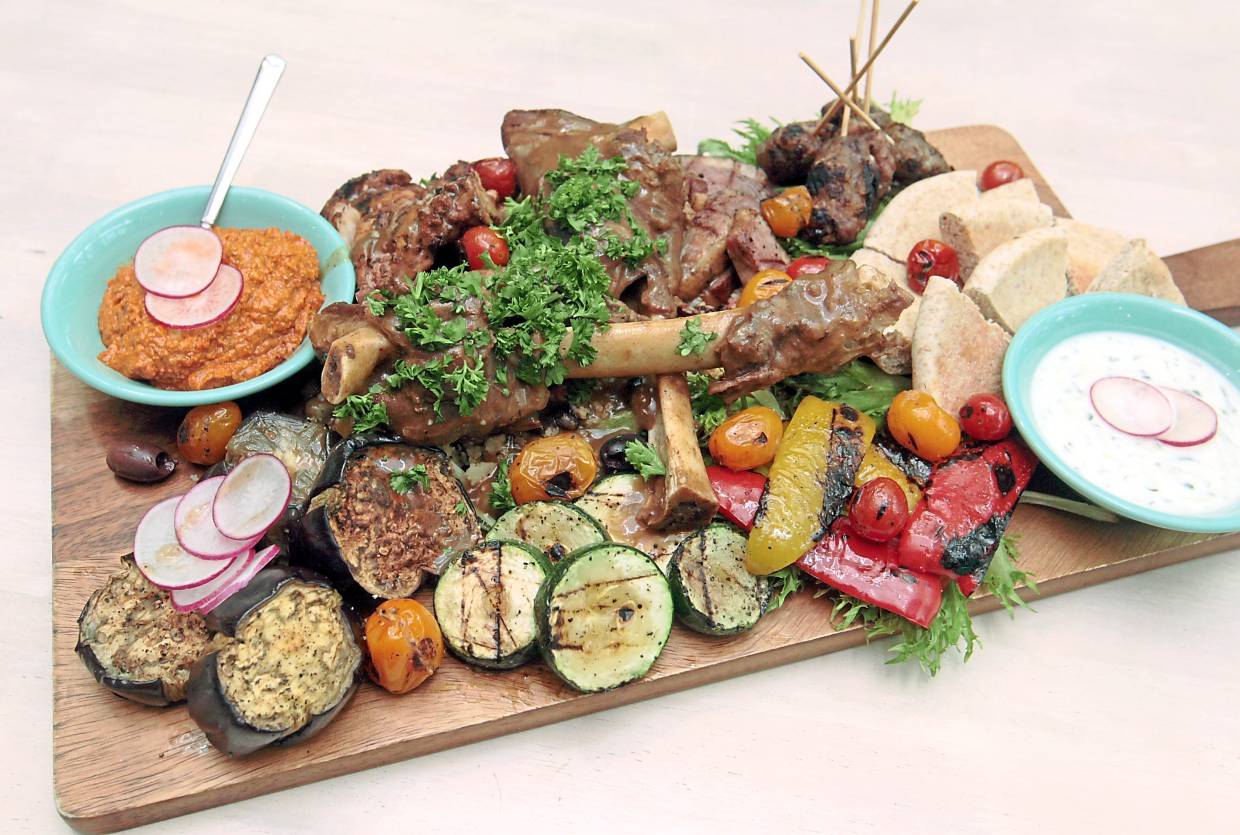 The meat platter is filled with a host of carnivorous options like smoked duck breast, spiced chicken and lamb patties.

Carnivores and omnivores won’t feel too sorely left out as the Meat Platter (RM268 for a giant portion) offers lots of meaty options for all. On the platter, you will find lamb shank, smoked duck breast, spiced chicken, lamb patties, cous cous and grilled vegetables.

All the caveman options on this plate are equally good – the smoked duck is tender with undulating smoky notes, while the chicken and lamb patties both offer yummy, malleable morsels of flavour. On the side, you’ll discover sweet roasted tomatoes blistered with char spots as well as pliant slices of grilled eggplants. It’s a meal that hits all those requisite high notes and then some. The carrot cake is a very good version of this classic cake.

Parklife also offers a selection of desserts made in-house, of which the Carrot Cake (RM13) is a must-try. The cake is incredibly good – not too sweet, soft and fluffy – basically as good as carrot cake can get.

The Vegan Lemon & Pistachio Cake (RM10) meanwhile is not quite as triumphant – the cake is quite dense and doesn’t really have a strong flavour profile.

Since Parklife opened its doors, Lim and Ang have been inundated with requests to open more outlets, a call they are heeding with their second venture – a kiosk in REXKL that will serve salads on-the-go. Up next, they hope to open a much bigger outlet, a space they hope will give them more room to experiment.

“At the moment, we have talked to a lot of potential investors, so hopefully they will invest and we will be able to develop a larger outlet so that we will be able to create a bigger variety of salads. I can experiment more when I have the space, then I can train more young people to challenge their taste buds when it comes to vegetables, ” says Ang.