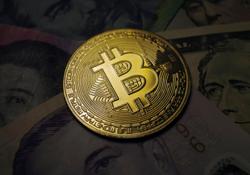 The dollar eased further from the 2021 highs it scaled earlier in the week.

Europe's STOXX 600 index climbed to its highest point of the month as it opened up 0.6%. London's FTSE and the DAX and CAC40 in Frankfurt and Paris were all going nicely, and Wall Street futures added 0.5% too.

That followed figures on Wednesday showing another solid increase in U.S. consumer prices last month, along with minutes from September's Federal Reserve meeting which suggested policymakers' growing concern about inflation.

Markets' response has been to bet that central bankers are forced to raise rates sooner rather than later, but that they then sit on their hands for a while. Fed Funds futures are all but priced for a 25 basis point hike next September, brought forward from near the end of 2022, but pricing also suggests rates hovering around just 1.5% in five years' time.

"The market continued to pull forward the pricing of the first rate hike while also decreasing terminal rate pricing, which we believe is a reflection of the market pricing in a policy mistake," said analysts at TD Securities.

Short-term Treasury yields rose while long-term yields fell, flattening the curve. Gold was steady after enjoying its best session in seven months on Wednesday. Bitcoin, sometimes vaunted as an inflation hedge, rose 1.5% to a five-month high of $58,550.

Longer-term yields also fell in Asia and the dollar, which rallied through September, then pulled back sharply with the decline in longer Treasury yields, extended losses a little.

Later in the day traders are awaiting U.S. producer prices and jobless claims figures as well as appearances from Bank of England and Federal Reserve policymakers.

In Australia, a drop in employment figures and remarks from a central bank official about laggardly wages haven't derailed a buildup of recent market bets on rate hikes beginning next year either.

Swaps markets have priced in about 90 basis points of rate rises by the end of 2023 despite the Reserve Bank of Australia insisting any hikes before 2024 are unlikely.

Currency markets were fairly quiet on Thursday after the dollar's Wednesday drop - which was its steepest fall on the euro in five months.

The euro edged higher to $1.1601 in Asia while sterling, the Australian dollar and the New Zealand dollar added a little bit to Wednesday's gains.

In commodities on Thursday oil futures steadied, hovering comfortably above $80 per barrel, with U.S. crude at $81.09 a barrel and Brent at $83.88.

The 10-year Treasury yield sat at 1.5491% after falling three bps overnight and the two-year yield eased marginally to 0.356% after rising 1.8 bps overnight. - Reuters