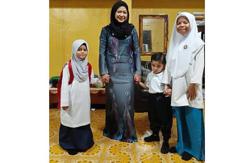 Wrong move: Owners do not collect the titles because they are already enjoying the property and see no reason to fork out additional money to do the necessary to procure them, despite they being proof of ownership. —Bloomberg

AS a result of owners not collecting their strata titles, which involve stamp duty payments and registration fees, the government is not receiving revenue, which may run into millions of ringgit, in a timely manner.

Real Estate and Housing Developers’ Association says this is an old issue. While the government will not lose this revenue, it is a question of when.

Rehda president Datuk Soam Heng Choon says: “It is a timing of the revenue.”

The federal government is deprived of stamp duty revenue in a timely manner and the state land offices of registration fees and the lawyers, their fees.

They have to pay stamp duty to the Inland Revenue Department according to a scale. For the first RM100,000 it is 1% or RM1,000 per parcel.

If the property is more than RM1mil, it is 4% or RM40,000. Which means the government is deprived of the stamp duty revenue. The tax is based on the purchase price as stated in the sales and purchase agreement.

The state land office also misses out on the revenue in a timely manner. In Selangor, the registration fees an owner has to pay to procure the title ranges between RM50 and RM1,500. This amount varies state to state.

The buyer also has to pay legal fees. Soam says there are many unclaimed strata titles in developers’ offices.

“The strata title is a very important document but owners fail to realise its significance.”

In the event that it falls into dishonest hands, another person can apply for a loan using that document, or lay claim to the property.

He says there legal provisions to compel developers to apply for strata titles with vacant possession, but no compulsion for buyers to collect them.

He said banks, having given house buyer a loan, can “perfect the charge”, that is, make that transfer to the owner.

“So everybody – the buyer and the bank – has a role to play. Developers have done what they are required to do, that is, apply for the title, ” says Soam.

“Owners do not collect the titles because they are already enjoying the property. They see no reason to fork out additional money to do the necessary to procure them, despite they being proof of ownership, ” says Chang.

Chang says the government heeded HBA's recommendations to close the floodgate and resolve the issue of housing developers who deliberately fail, neglect or refuse to apply for strata titles and the issue of failure to effect subsequent transfer of strata titles in purchasers' name, although purchases had fully paid the purchase price.

"It was serious enough for the government to enact new statutory provisions, amending existing ambiguous laws (to plug the loopholes) and repealing redundant sections of the Acts to achieve this much-needed transformation," says Chang.

This was under Section 40A of the Strata Titles Act 1985 whereby the owner can be fined no less than RM1,000 or not more than RM10,000 if he fails to collect the document, and if a developer fails to apply for it.

It is not known why this provision was deleted because with a stroke of the pen, the different authorities misses out on the revenue in a timely manner.

Chang says strata titles are so important that the government is setting aside a special building fund of RM12mil for old stratified projects in the country, an example being the buildings in the Chow Kit area.

He says these are very old buildings and their building plans are missing. Because the buildings are already there, the plan is to come up with a “as built” plan to help the owners to procure the ownership document.

According to Pretam, in 2015 Section 40A was re-introduced as Section 19A but it was not gazetted.

Why are strata titles important?

When you buy a car, the owner is given a registration card to proof his ownership.

Likewise, when you buy a property, it comes with either a grant, for individual landed properties, or a strata title as in a high-rise unit, and sometimes now a landed unit in a stratified project.

Chang says: “Should the developer goes under liquidation or becomes insolvent, the unit owners will have to go through a lot of trouble or might eventually have to pay for the application of the strata titles themselves, which by the grand scheme of things, should not have happened in the first place.

A third party, in this case the liquidator, may impose administrative charges of between 2% and 3% as their ‘consent/ verification’ fees, he says.

Ann works for a developer. She bought a condominium unit from her employer about 10 years ago.

Ann never attended the management AGMs and neither does she want to. Despite working for a developer, she sees no need to collect her title.

Her rationale: she is already enjoying the property and she does not want to incur the additional cost. In the event she wants to sell the property, she can do so even without the strata title.

Ann has failed to understand that the strata title is proof of her ownership.

She has also failed to realise that in the event the developer goes bankrupt, she may end up having to pay extra charges to a liquidator to procure the document. That document is now sitting in her former employer’s office.

In the event she has taken a loan, that document is with the bank. She is paying her mortgage payments on time and neither does the bank want to raise the issue.

In short, she is living in a house where she does not have that document that proves her ownership. 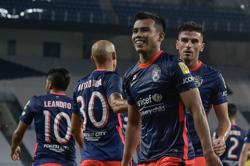 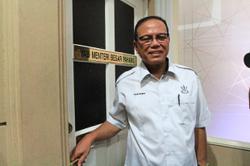