The United States was largely absent in vaccine diplomacy early this year but entered the arena when President Joe Biden announced in May that the US would distribute 80 million Covid-19 vaccine doses worldwide.

Biden did not hide his intention: the US wanted to counter the influence of China and Russia by using the “arsenal of vaccines” to tackle the pandemic.

However, the amount was too small to have much impact compared with China’s export of over 668 million doses at the time – although only 2.4 per cent of those were donations.

The US appeared to be more serious about its vaccine diplomacy last month when Biden said the country would donate 500 million more doses. Biden also called on Quad allies India, Japan and Australia to honour their earlier commitments to produce a billion shots in Asia by the end of next year.

As the US ramps up its vaccine diplomacy, China has increased its donations and accelerated a technology transfer in recent months, but analysts said the competition was unlikely to ease the shortage for most developing countries, or cause any geopolitical shift.

China has long boasted that its commitment to supplying the jabs is a global public good. It is the largest vaccine supplier to the developing world. By October 4, it had sold 1.3 billion doses, according to the Bridge Consulting tracker of Chinese vaccine distribution. But the number of donations remains small in proportion to its sales: only an estimated 71.9 million doses were donated either bilaterally or to the Covax Facility, according to Bridge Consulting.

Experts said it had been China’s long-standing approach to use loans or commercial deals when “assisting” other countries.

“A commercial component is consistent with Beijing’s overall approach to outreach. Just like it provides loans rather than aid, it sells rather than donates vaccines,” said Chong Ja Ian, assistant professor in the department of political science at the National University of Singapore.

Huang Yanzhong, director of the Centre for Global Health Studies at Seton Hall University in New Jersey, said China had adopted the principle of “mutual benefits” for its foreign assistance programmes since the 1990s by providing loans or selling via commercial deals.

Even now, China’s jabs are much sought after, particularly by developing countries, and because of the supply gap overseas governments are willing to pay for the pharmaceuticals.

China steps up vaccine diplomacy with forum to promote ‘fairness’

An industry source who declined to be named said the huge demand meant pharmaceutical firms could sell their products above domestic government procurement prices.

For example, China’s local centres for disease control and prevention bought the protein subunit vaccine produced by Chongqing Zhifei Biological Products for about 25 to 30 yuan (US$3.85-$4.65) per dose, but the same shots could be exported for around 40 yuan each.

Details of deals between the government and vaccine makers were supposed to be confidential, the industry source said. Local government procurement prices of Chinese vaccines have dropped from around 90 yuan to 50 yuan per dose with greater supply. The international prices might drop too.

In general, Chinese doses cost less than the mRNA vaccines by Pfizer or Moderna, but are more expensive than the jabs by AstraZeneca and Johnson & Johnson.

The US, on the other hand, appears to be going for the high moral ground by emphasising that it is giving out its jabs for free. But delivery is slow and its production capacity may be further squeezed by the demand for boosters in the US.

Only 176 million doses have been shipped so far. Of those, 45 million went to 11 East Asian, Southeast Asian and Pacific countries as well as Taiwan, where the US is competing with Beijing for influence.

“With a capacity of 5 billion doses per year, capacity is not a concern for China ... The capacity issue continues to be a bottleneck for US vaccine diplomacy,” Huang said.

The US had hoped India, the world’s largest vaccine producer, would play a role in its vaccine diplomacy. But India has stopped exporting vaccines because of its massive Delta outbreaks. It pledged last month to make 8 million doses available for export.

While some countries, such as Vietnam, are receiving more jabs from both China and the US, Huang said the rivalry would not solve inequitable access because countries of less strategic value would still be left out.

“Equity cannot be achieved by vaccine diplomacy because they tend to focus on countries that are strategically important to the two major powers.”

Can China’s vaccine diplomacy pay off?

Some of China’s overseas buyers, such as Brazil and Indonesia, are diversifying their portfolios as more options become available.

China has increased its donations via the Covax Facility, a World Health Organization-led distribution platform, and bilateral deals. It has also accelerated the transfer of technology to help some countries produce vaccines locally.

On Thursday, the WHO repeated its call for countries to make supply to Covax Facility a priority instead of bilateral deals or domestic needs. The call is to help close the Covax supply gap and help the facility meet its target of vaccinating 40 per cent of the world’s population by the end of this year and 70 per cent by mid-2022.

“Science has played its part by delivering powerful, life-saving tools faster than for any outbreak in history,” WHO director general Tedros Adhanom Ghebreyesus said. “But the concentration of those tools in the hands of a few countries and companies has led to a global catastrophe, with the rich protected while the poor remain exposed to a deadly virus. We can still achieve the targets for this year and next but it will take a level of political commitment, action and cooperation beyond what we have seen to date.”

In a virtual meeting with leaders of the BRICS countries – Brazil, Russia, India and South Africa – last month, Chinese President Xi Jinping pledged that China would donate 100 million Covid-19 vaccine doses to developing countries by the end of this year.

Beijing has so far mainly bought vaccines for donation from state-owned Sinopharm, while Sinovac is the main exporter in commercial deals.

China has denied it has any diplomatic agenda in its vaccine exports, although the biggest recipients of the jabs – either through sales or donations – are Asian countries, particularly Southeast Asian nations. 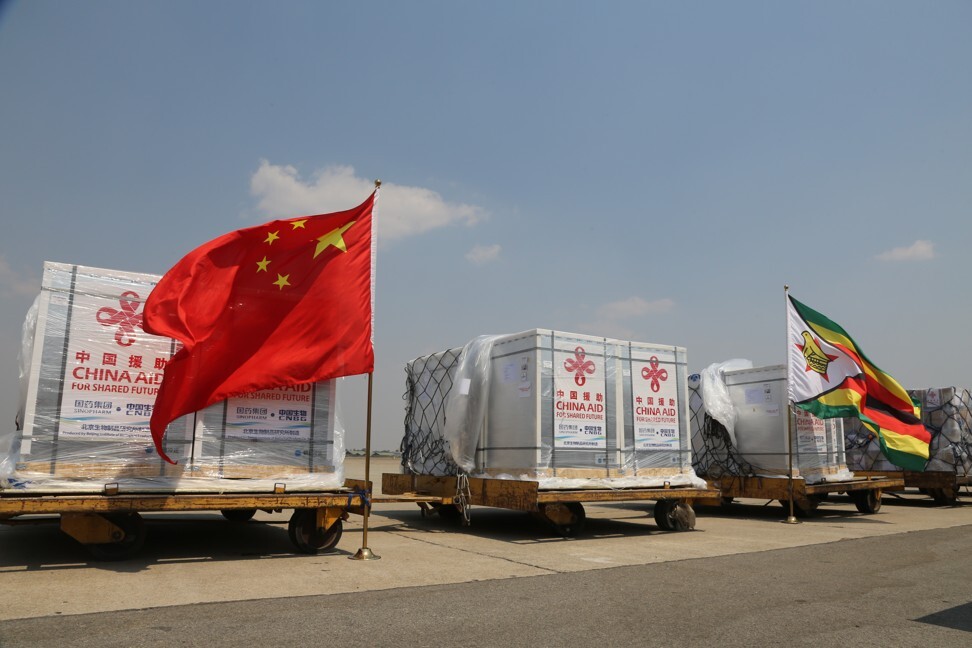 Many countries are eager to produce Covid 19 locally to guarantee supply. But Jerome Kim, director general of the International Vaccine Institute, said it was important for the local regulators to be able to ensure the manufacturing process and the jabs were up to standard.

While China had a competent regulator to oversee the quality of its products, most developing countries did not have regulators that could perform this function, he said.

“How will they stand by the safety and efficacy of products manufactured in the country?”

Ensuring production safety for inactivated vaccines was another challenge because biosafety level 3 facilities were required, he said.

“BSL-3 manufacturing cannot be accomplished without a dedicated facility – which of course adds expense – and procedures designed to ensure biosafety of employees and surrounding towns/cities.”

Although moves by China and the US to sell and donate vaccines and build production facilities for developing countries were welcome in tackling the pandemic, Huang said there should not be too much hope of them bringing substantial change to geopolitics.

Indonesia was the largest recipient of Chinese vaccines in Southeast Asia but that did not mean it would change its stance on the South China Sea, he added.

“Vaccine diplomacy helps Beijing improve its image, though we don’t have systematic data to support the case ... But for countries that accept Chinese vaccines, that does not mean they are going to accept the Chinese influence.