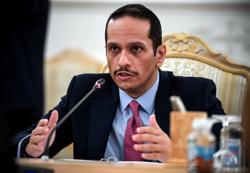 Chinese Foreign Minister Wang Yi has pledged that China will help Turkmenistan address its security concerns amid rapidly worsening conditions in neighbouring Afghanistan, as Beijing hopes to firm up a strategic energy partnership to secure natural gas supplies from Ashgabat.

Wang made the remarks on Monday during a meeting with his Turkmen counterpart on the first stop of his three-nation Central Asia tour.

Much of the focus of the trip is on Afghanistan, which faces further instability as the deadline for American military withdrawal approaches.

China must plan for growing risks in Afghanistan and Africa: observers

Both Turkmenistan and Tajikistan, the next stop of Wang’s five-day trip, are moving troops and heavy weaponry closer to their borders with Afghanistan, as Taliban militants seize large amounts of Afghanistan territory, including key border crossings near China.

Because of the “complex and severe domestic security situation” in Afghanistan, Beijing urged its citizens to leave the war-torn country “as soon as possible” after sending a flight to evacuate more than 200 Chinese citizens early this month.

Wang also highlighted the importance of Turkmenistan, China’s top natural gas supplier, for the country’s Belt and Road Initiative. He told Turkmen deputy prime minister and Foreign Minister Rashid Meredov that both countries should seek to deepen the scope of their cooperation on natural gas, and nuclear and renewable energy in a bid to “forge a long-term strategic partnership in the energy sector”.

He also repeated Beijing’s commitment to providing Covid-19 vaccines and expanding “all-round cooperation” and coordination on international and regional issues.

In a thinly veiled swipe at the United States, Wang slammed “some Western forces” for their attempts to curb China by seeking an international investigation into the pandemic origins and accusing China of human rights violations in Xinjiang and Hong Kong.

Wang’s trip came amid increased diplomatic activities by the US, Russia and other major powers in their bid to break deadlocked peace talks and prevent a potentially devastating civil war in Afghanistan.

It also comes just two months after Wang hosted his counterparts from five Central Asian countries in Xian, a meeting that was also largely focused on concerns over a possible resurgence of terrorism in Afghanistan.

Wang is expected to attend a gathering of foreign ministers from the Shanghai Cooperation Organisation in Dushanbe, Tajikistan, on Tuesday and a special SCO-contact group meeting with Afghan Foreign Minister Hanif Atmar. He will then travel to Tashkent, Uzbekistan, for a regional connectivity meeting along with senior officials from eight SCO member countries as well as the US and Europe.

Li Lifan, an expert on Russia and Central Asia at Shanghai Academy of Social Sciences, said Wang’s tour was aimed at boosting security and energy cooperation with Central Asian countries, especially in light of a possible security vacuum left by America’s troop withdrawal.

“China and other regional countries share grave concerns over the possible spillover of Afghanistan’s security risks. They need to join hands to seek a political solution and counter growing risks of chaos and instability threatening regional peace and economic recovery in the post-coronavirus era,” Li said.

Al-Qaeda mocks US exit from Afghanistan, as Taliban advances

He said China’s relatively good ties with both the Afghan government and the Taliban allowed Beijing to mediate the conflict and seek cooperation with the US despite their spiralling rivalry.

Beijing has been critical of both Washington military presence in Afghanistan and its “hasty” withdrawal. Wang said last week that the most pressing task in Afghanistan was “to maintain stability and prevent war and chaos”.

“While China is also worried about the security along its border with Afghanistan, it is probably an opportunity for China to not only strengthen ties with Central Asian countries, but also explore the possibility of cooperation with the US considering a long history of rather close cooperation on anti-terrorism in the region,” Li said. 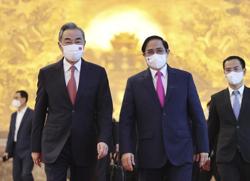