DEPUTY Prime Minister Heng Swee Keat (pic) has decided to step aside as leader of the People’s Action Party’s fourth-generation (4G) team, and pave the way for a younger person with a longer runway to lead the country when Prime Minister Lee Hsien Loong retires.

Heng, who turns 60 this year, cited the long-term and profound challenges of the Covid-19 pandemic, his age and the demands of the top job as reasons for his decision.

In a letter to Lee yesterday, he said: “This year, I am 60. As the crisis will be prolonged, I would be close to the mid-60s when the crisis is over. The 60s are still a very productive time of life. But when I also consider the ages at which our first three prime ministers took on the job, I would have too short a runway should I become the next prime minister then.

19, but also lead the next phase of our nation-building effort.”

He said the next prime minister should have a “sufficiently long runway – to master the demands of leading our nation; formulate and see through our longer-term strategies for our country; and win the confidence and support of Singaporeans to build this shared future together”.In his letter of reply, Lee said he understood and respected Heng’s decision.

Heng will stay on in Cabinet as the Deputy Prime Minister and Coordinating Minister for Economic Policies. As had been earlier planned between the two men, he will relinquish his finance portfolio when a Cabinet reshuffle takes place in about two weeks’ time.

It noted the critical role that Heng played in leading key initiatives, including delivering five Budgets in 2020.

The 4G statement also noted that tackling Singapore’s pressing immediate challenges and ensuring that the country emerged stronger from this crisis remained the foremost priority.

“Under these circumstances, the 4G team will need more time to select another leader from amongst us. We have therefore requested PM Lee Hsien Loong to stay on as Prime Minister until such time when a new successor is chosen by the team and is ready to take over. We are grateful that the PM has agreed to our request.”

The statement added: “This unexpected turn of events is a setback for our succession planning. We recognise that Singaporeans will be concerned. We seek your support and understanding, as we choose another leader for the team.”

The shocking news was announced at a press conference at the Istana at 4.30pm yesterday. Facing the media were Lee, Heng and seven other 4G ministers who are in the PAP central executive committee.

They included ministers Chan Chun Sing and Ong Ye Kung, both 51, who had in earlier years been touted as contenders for the role of 4G leader, as well as younger ministers Lawrence Wong, 48, and Desmond Lee, 44. — The Straits Times/ANN 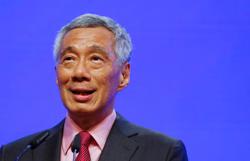 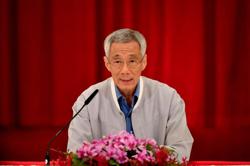