Standard procedure: A girl getting her temperature checked at a mall in Surabaya. — AFP

MORE than half of schools across the country say they are not ready to resume face-to-face learning in the so-called “new normal” period due to a lack of infrastructure and funds to do so, a recent survey by the Federation of Indonesian Teachers Associations (FSGI) revealed.

The survey was conducted earlier this month and involved at least 1,656 respondents comprising teachers, principals and school management in 245 cities and regencies in 34 provinces.

Most of the respondents work at schools located within a green zone, meaning that there is a low risk of Covid-19 infection.

The FSGI’s survey found that 89% of respondents agreed that a prerequisite to reopening schools during the outbreak was having good health protocols, and that it was therefore important to ensure that the school infrastructure was ready to support the new normal situation.

But 53.4% of respondents claimed they were unable to provide the necessary infrastructure to support the new normal policy.

Schools, especially private ones, claimed not to have a big enough budget to provide supporting infrastructure to restart the learning process amid the new normal, said FSGI deputy secretary-general Satriwan Salim yesterday.

“They are facing difficulties in allocating funds for such infrastructure from their budget, as funds have been used for other necessities, ” he said.

He added that more than 70% of respondents perceived that preparations for the new normal could be done using the government’s school operational aid.

“But some said the operational aid wouldn’t be enough to cover expenses for providing such infrastructure, ” said Satriwan.

Labschool Jakarta senior high school principal Suparno Sastro said education stakeholders had to pay attention to the students and staff members’ health and security above all else upon reopening schools.“But who can guarantee that? The government acknowledged it is impossible to conduct PCR testing on all students. It would be expensive if the school had to do that.

“In terms of the operational aid, we can use it to provide health equipment. But it’s impossible to rely on it for testing, ” Suparno said, adding that Labschool Jakarta was still reluctant to reopen at the start of the 2020-2021 school year on July 13. — The Jakarta Post/ANN 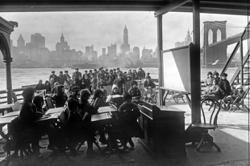 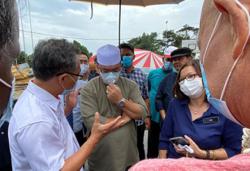