The winning recipe for stadium Wi-Fi 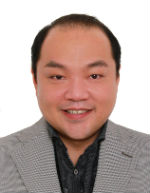 Major sporting events like the recent World Cup held in Brazil have brought together people from all around the globe looking to immerse themselves in a once-in-a-lifetime experience.

While watching the World Cup matches, many spectators will be clicking on their camera phones to capture shots, before uploading them to Facebook and other social media sites to share their experiences with friends and  families’ back home.

This has fueled the adoption of smartphones with integrated camera functions which is predicted to reach 1.75 billion this year.

The changing behaviour has led to a strong demand for Wi-Fi Hotspots in public venues such as football stadiums.

The recent 2014 World Cup in Brazil and 27th Southeast Asian Games held in Myanmar not only brought people from around the world together, but was also a testimony to some of the latest technological solutions.

The traditional distributed antenna systems (DAS), which were an excellent solution for voice systems  in most public venues are easily overloaded with data traffic, especially in high human traffic areas in today’s data-centric world.

Distributed antenna system is where radio energy carries voice and data throughout very large buildings or partially enclosed structures. It can be used to boost WiFi coverage at large venues and deal with poor coverage by installing a network of relatively small antennas throughout a building. It can support multiple service providers and wireless technologies making it a very versatile and scalable network solution.

With almost every spectator owning a smartphone and constantly uploading photos and videos to their preferred social network, it becomes necessary now for these public venues to add a new access network to cater to these growing smartphones consumers and customers.

WiFi becomes the best choice to the venues and expectations for a reliable and powerful WiFi performance.

However, many challenges surround the success of Wi-Fi deployment among stadiums and other sports arenas that are amongst the most difficult locations imaginable due to the requirement for both very high performance and very high density.

This is especially so for World Cup where reliable, high-speed wireless data service must be delivered to appease thousands spectators given the extremely high visibility that came with hosting the world’s most watched sporting event.

For multi-sport events like the SEA Games, stable Wi-Fi access and secure connectivity are other key prerequisites in order to support its Verification and Information System, which ensures that only accredited personnel are allowed entry into controlled areas, and Game Management System (GMS), which provides competition-related information such as scheduling, transportation and real-time scoring updates.

It is important to consider various factors about Wi-Fi deployment that directly affect the network design and the choice of equipment such as the nature of the venue, required capacity and number of Wi-Fi access points (APs).

As each stadium’s structure is different, the availability of vertical assets would determine if integrated or narrowbeam (directional) antennas are more appropriate to achieve the desired coverage across all public seating areas.

Required capacity should also be considered because expected demands can differ. For example, World Cup needs to cater for more uplink requirements due to the high number of uploads by football fans whereas SEA Games require both uplink and downlink in order to manage their Verification and Information System and GMS.

Other important factors for Wi-Fi deployment include proper installation and the use of carrier class equipment as well as proper tools to measure and report on network performance.