PETALING JAYA: A more co-ordinated and efficient response to emergency situations is being prepared with placement of essential relief items at the United Nations Response Depot for natural disaster victims locally and across the region.

“The situation was overwhelming during last year’s floods but we managed to distribute relief successfully.

“We hope our efforts this time will be managed much more efficiently during an emergency,’’ he told reporters at the Quick Response for Disaster Relief Aid in the region programme held at the depot in Subang yesterday. 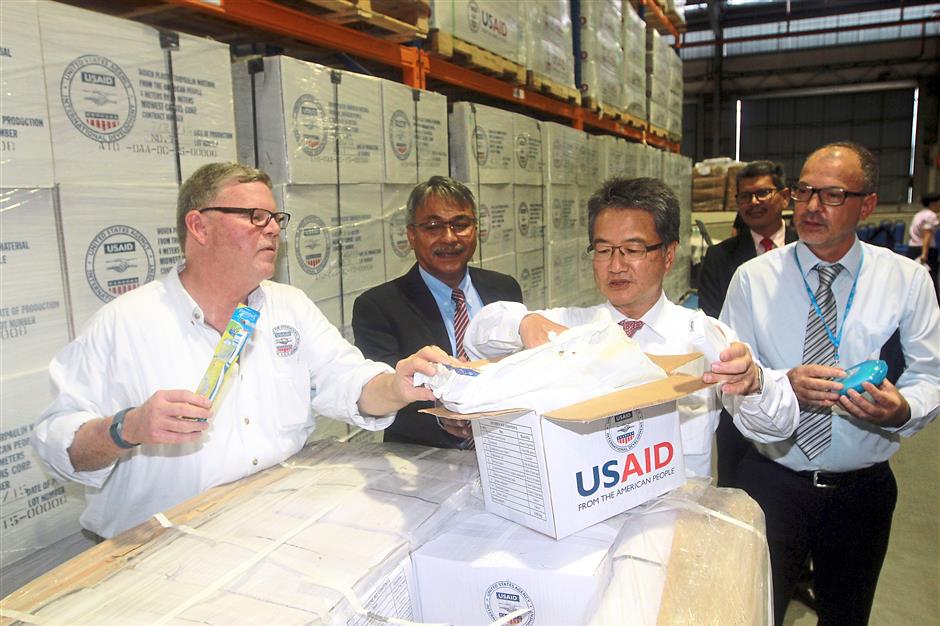 US Ambassador to Malaysia Joseph Yun, who was present, said there was a need for a rapid deployment of humanitarian assistance following the east coast flood crisis last year.

“We were able to visit some of the affected areas in Kuala Krai and we saw a need for a rapid deployment of humanitarian assistance.

“We are happy to be able to contribute to the effort,” he added.

The stocks at the depot, which include tarpaulins for temporary shelter, hygiene kits and water containers, are enough to cater to 4,000 households in the country and region, he added. WFP-UNHRD Malaysia head Belkacem Benzaza said it was timely that the United States Agency for International Development (USAid) had put emergency supplies on standby as the monsoon was approaching.

“By doing so, relief supplies can be quickly mobilised and transported to those affected by disasters.

“With this, USAid joins other aid agencies in Malaysia and Asean, Australian Aid, Irish Aid, Mercy Malaysia, Save the Children and others for pre-positioning essential relief supplies valued at about RM28mil,” he said.