THE general public and non-governmental organisations are hoping for a “compassionate” annual budget, to help them cope with the high cost of living in the city.

The people highlighted to StarMetro the needs of various segments of society, from the urban poor who are struggling to make ends meet to the Average Joe’s bread-and-butter concerns. 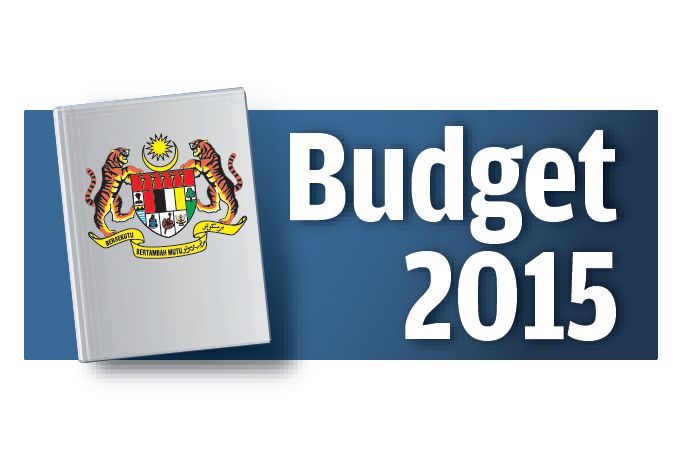 Overall, they hope Budget 2015 can mould a better set of policies that guide the country forward while looking after the people’s welfare.

Malaysian Institute of Planners president Nazri Mohd Noordin said the organisation wished to see that subsidised housing are monitored closely including the resale of subsidised property, which should only be limited to a closed market.

“There should also be more concerted efforts towards achieving the Low Carbon City goal.

“We have only four years left to reach the targeted 40% reduction by year 2020, and urban areas are the biggest contributor to carbon emission,” he said.

He suggested tax breaks for employers that provided public transport allowance to their staff.

“Malaysia’s household debt level is at 86.8% of the gross domestic product (GDP) at the end of last year, because of loans for properties and motor vehicles. 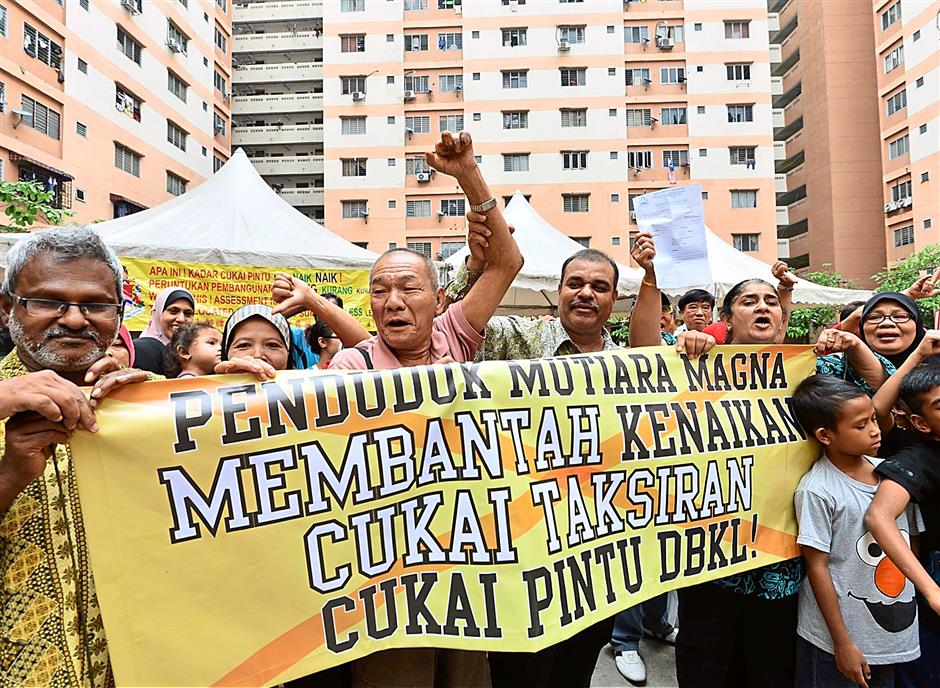 KL folk are paying more in assessment fee but the city's supporting infrastructure is not up to mark.

“The ballooning property prices and speculation are expected to push this to 100%, meaning the average household has debts equal to its income,” he pointed out.

Rafick said that while there were laws to support the Build-Then-Sell (BTS) system, it was not mandatory, resulting in developers opting for the Sell-and-Build (SAB) system.

“The industry has more supply than demand yet the prices are not dropping. We want the Government to implement policies to discourage banks from giving loans for uncompleted residential properties, in order to trigger a shift to production of affordable homes by the developers,” he said.

He added that current measures had an impact on lending but it did not appear to be enough as property speculation, an important contributor to rising property prices, continued.

Having dealt with underprivileged families grappling with the high costs of living in the city, she urged the Government to provide more assistance directly to the needy or to the NGOs helping them.

She said one way the Government could help was to set up a fund for urban poor to get aid for their children’s schooling expenses. 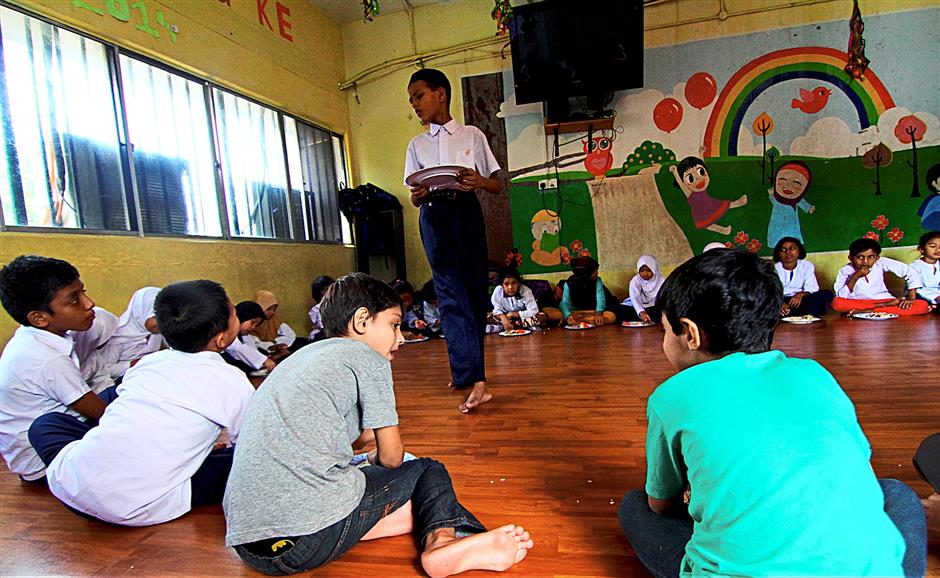 Yayasan Chow Kit hopes the government will set up a fund to help the urban poor with their children's school fees.

“We hope for more grants for NGOs helping to deal with social problems; firstly to engage more social workers to reach out to the needy and secondly to provide a conducive environment for children in the city to keep them away from negative influences,” she said.

She also appealed to the Government to approve tax exemption for NGOs that relied heavily on public donations. Yayasan Chow Kit, she said, had been applying for the status since four years ago but to no avail.

Pertiwi Soup Kitchen founder Munirah Abdul Hamid said welfare funds needed to be allocated in an effective manner to help the homeless and the poor.

“There are some steps being taken, such as setting up halfway homes and shelters, but the Government needs to examine the way these homes and shelters are run and take into consideration the funds needed to maintain them.

“Most importantly, allocations from the Budget should go towards sustainable solutions that will help all those in need,” she said, adding that forms of aid like BR1M were not sustainable in the long run.

Munirah noted that after the recent issues relating to soup kitchens, there had been a lot of interest in the subject and various forums being organised on it.

“However, clearer direction on the actions taken by the Government is still needed.

“Also, extravagances such as endless conferences should make way for practical approaches for going about things,” she added.

The Brickfields Community Society, a coalition of 40 NGOs including residents associations, schools, local businesses and places of worship, want to see more attention given to improving the condition of roads in Brickfields.

Its pro-tem secretary Dr Christopher Nicholas said some of the roads in the area had not been upgraded over the past four decades.

Apart from that, he said there should be allocation to enhance safety and security for the people.

In calling for greater transparency, he said the Government must show how it was using the money saved from the petrol subsidy cut.

Bukit Bandaraya Residents Association chairman Datuk M. Ali echoed the sentiment that the Budget should aim to help Malaysians cope with the rising cost of living, particularly those in cities.

“In Kuala Lumpur, on top of all the other increases, we are also paying more in assessment fee,” he said.

He is of the opinion that an overhaul of the city’s infrastructure, especially roads and drains, was past due.

“Development is everywhere and plot ratios have gone up quickly all over the city but is the supporting infrastructure enough, considering it was built many years ago?

“There is also a need to create and maintain open and green spaces. Golf courses are not included as they are not open to the general public,” he said.

Petaling Jaya Section 5 Residents Association president Rafiq Fazaldin hoped to see funds channelled towards improving the quality of life in older neighbourhoods such as his.

He said this involved closer monitoring of basic issues such as roads, drains, markets, garbage collection and hillside development.

“There should be funding to revamp wet markets such as the one we have in Section 5. Our call for the authorities to do so has been ignored for years, and what they did were only cosmetic changes,” he said.

He added that the basic services provided by the local council had been unsatisfactory because they appointed incompetent and ill-equipped contractors.

“Money has to be spent wisely to address all these issues that directly affect the people. There is no point saving money when the people are provided services with compromised quality,” he added.

“The price of petrol went up before the Budget was announced, property prices are soaring, and it is the same with everything else.

“People are struggling to cope, especially the single-parent families.

“I hope the Government will give us a people-friendly Budget,” he said.