Amazon being targeted by US official for ‘rampant’ fake reviews 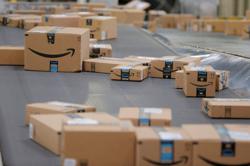 Fake reviews of products on sites like Amazon have been a problem for years but has become more widespread since the Covid-19 pandemic, when retailers saw a huge uptick in online shopping. — Photo by Christian Wiediger on Unsplash

US Senator Richard Blumenthal, D-Conn., is putting pressure on Amazon to crack down on what he calls “rampant fake reviews” on the ecommerce site.

Fake reviews of products on sites like Amazon have been a problem for years but has become more widespread since the Covid-19 pandemic, when retailers saw a huge uptick in online shopping. The holiday season is usually a time when the problem becomes more pervasive as more consumers are buying products online.

An analysis by the fraudulent-review-detection service Fakespot of 720 million Amazon reviews in 2020 found that about 42% were bogus. The company uses artificial intelligence technology to analyse billions of consumer reviews to detect fraudulent product reviews and third-party sellers in real-time. Some of the fake reviews are generated by bots in order to influence a product rating and in other cases third-party sellers on the site have been inflating their reviews by sending cash or a free gift in exchange for positive reviews.

“Consumers may be tricked into buying more expensive products or lower quality goods sometimes by false negative reviews as well as positive ones,” Blumenthal said in a phone interview on Dec 5. “The seller can encourage a negative review of a competitor’s product, which might be less expensive and of higher quality.”

In a letter dated Dec 5 to Amazon CEO Jeff Bezos, Blumenthal said the company’s efforts to combat the problem had not gone far enough. “While Amazon has taken some steps to curb these false reviews, it is abundantly clear that the company is not doing enough to end this dishonest practice that harms consumers,” he said.

The company has done little to hold sellers accountable “when they engage in or abet this deceitful practice or inform consumers about the risks of fake reviews”, he added.

Blumenthal said the onus is on Amazon to address the issue but that Congress could also hold a hearing to raise public awareness and could consider stronger provisions to Federal Trade Commission laws that we can take and consumer protection statutes.

This summer, Amazon announced that it was suing the administrators of more than 10,000 Facebook groups for attempting to orchestrate fake reviews on its site in exchange for money or free products. Amazon says it strictly prohibits fake reviews and has more than 12,000 employees dedicated to protecting against fraud and abuse, including fake reviews.

“Our teams stop millions of suspicious reviews before they’re ever seen by customers, and this lawsuit goes a step further to uncover perpetrators operating on social media,” Dharmesh Mehta, Amazon’s vice president of Selling Partner Services, said in an article announcing the legal action against the Facebook groups. “Proactive legal action targeting bad actors is one of many ways we protect customers by holding bad actors accountable.”

The problem is not unique to Amazon. Saoud Khalifah, founder of Fakespot, encouraged consumers to compare reviews of products across multiple sites, and research as much as possible about the company and the listing itself.

Consumers should also take a close look at the language that reviewers are using. “Are they utilising broken grammar? Are they just saying two words and then that’s it? Or they’re saying a lot about the company instead of the product? It’s unnatural to see that,” Khalifah said.

The timespan is also important – if a product was just launched and receives lots of good reviews within a short period of time that could also be a sign something is off, he said.

A new analysis by Fakespot of the shopping categories in November that generated the most fake reviews found that Christmas trees were in the top 10. Smartwatches, ear buds and back massagers also topped the list, Khalifah said. – The Stamford Advocate, Conn./Tribune News Service

Booking hotels online: Why you can never trust reviews 100%

Opinion: Fake reviews should stay online, researchers say. I’m not so sure 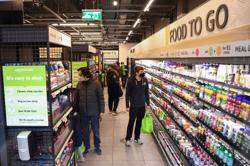 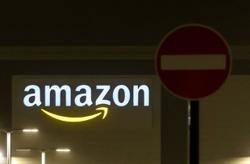