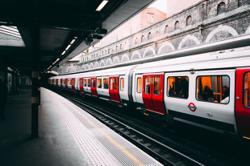 FILE PHOTO: The logo of Schneider Electric is seen outside a company building in Nantes, France, September 20, 2022. REUTERS/Stephane Mahe

France's Schneider, which already owned nearly 60% of Aveva, upped its offer to 3,225 pence earlier this month after several major investors threatened to reject its previous 3,100 pence offer, which they termed "opportunistic".

The successful bid will leave only a handful of large tech companies listed in London.

Some 83.49% of shares voted at a court meeting on Friday approved the takeover, clearing the 75% threshold required, Aveva said in a statement to the market.

Shares in the company edged up 0.3% to 3,192 pence following the approval of the offer which was recommended by Aveva's board.

Schneider took majority control of Aveva, one of Britain's biggest software companies, in a 2017 reverse takeover that allowed it to retain its London listing.

The French group said when it launched its full takeover bid in September that Aveva would be an autonomous business and its software would remain "fully agnostic", meaning it will work with or without Schneider Electric hardware. 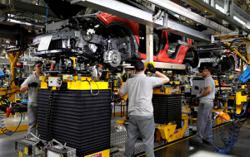