China tests central bank digital currency use to settle trades via ‘bridge’ with partners including Hong Kong, Thailand and UAE 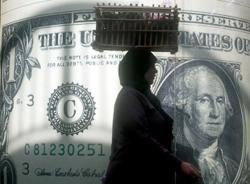 The People’s Bank of China participated in the trial from Aug 15 to Sept 23, testing use of digital currencies on four sides of platform. The trial period handled more than 160 cross-border payments and foreign exchange transactions totalling over 150mil yuan (RM96.86mil). — SCMP

China has completed a 40-day trial using central bank digital currencies to settle trades with Hong Kong, Thailand and the United Arab Emirates via a special “bridge” arrangement, according to a brief report published by the Financial News, the mouthpiece of the Chinese central bank.

The People’s Bank of China (PBOC) participated in the trial from Aug 15 to Sept 23, testing use of digital currencies on the four sides of the mBridge platform, a multi-country payment project initiated by the Hong Kong Monetary Authority, Bank of Thailand, and the Bank for International Settlement (BIS) Innovation Hub Hong Kong Centre, in 2019. The PBOC and the central bank of the United Arab Emirates joined the programme in 2021.

The trial period handled more than 160 cross-border payments and foreign exchange transactions totalling over 150mil yuan (RM96.86mil) among 20 commercial banks across four jurisdictions, according to the report. The experiment with central bank digital currencies could potentially undercut the dollar’s central role in international trade, according to some analysts.

The Industrial and Commercial Bank of China, China’s largest lender, said it has taken part in the trial with its Abu Dhabi brand and ICBC (Asia) subsidiary in Hong Kong. The Zhejiang branch of Bank of China said it had worked with HSBC and Siam Commercial Bank to complete cross-border payments in e-CNY, the country’s sovereign digital currency, for two hi-tech companies in the province.

In the trial, more than 80mil yuan (RM51.66mil) worth of digital fiat money was issued onto the mBridge platform, the central bank newspaper said. It did not provide a breakdown for the different digital currencies used. Hong Kong, United Arab Emirates and Thailand are testing central bank digital currencies, and China has rolled out its e-CNY in dozens of designated cities from Beijing to Shenzhen.

While the use of digital currency in cross-border payments is still in a trial phase, it could have far-reaching implications for international finance if banks are able to settle deals directly without resorting to the US dollar as an intermediary.

Tayo Tunyathon Koonprasert, a digital currency specialist with the Bank of Thailand, said on his LinkedIn account that the trial was the world’s first case of “using real-value CBDC for cross-border trade settlement”.

A report including the latest updates will be published in October to elaborate on the technical design, legal, policy and regulatory considerations involved in the future blueprint, the Chinse central bank newspaper said.

The project’s original scope involved building a common platform to help cut settlement time and costs associated with cross-border payments. Currently most currency transactions are settled on a “T+2” basis, or two days after a trade is concluded. But blockchain technology has enabled near real-time settlement by reducing the layers of middlemen involved in processing transactions.

Last year, the digital platform partners said they were building out 15 business use cases, including capital market transactions, which could cut the settlement time for securities traded between them to a matter of seconds. Apart from settling capital market transactions such as corporate bond issuance, the other potential applications include cross-border fund transfers linked to insurance transactions, ecommerce and wealth management products. – South China Morning Post 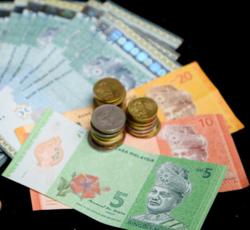